From a drive-in fashion show in a car park in Prague, to the reopening of the Sistine Chapel in Rome, and supporters celebrating after Ajax clinched the Dutch Premier League soccer title, this photo gallery highlights some of the most compelling images made or published in the past week by The Associated Press from Europe and Africa.

The selection was curated by AP photographer Gregorio Borgia in Rome. 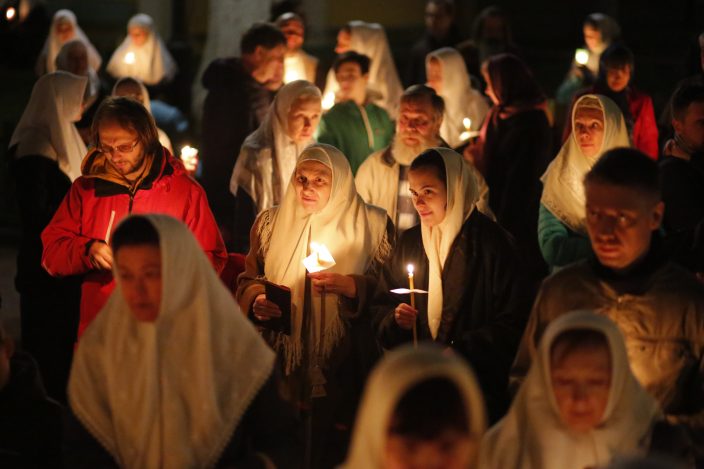 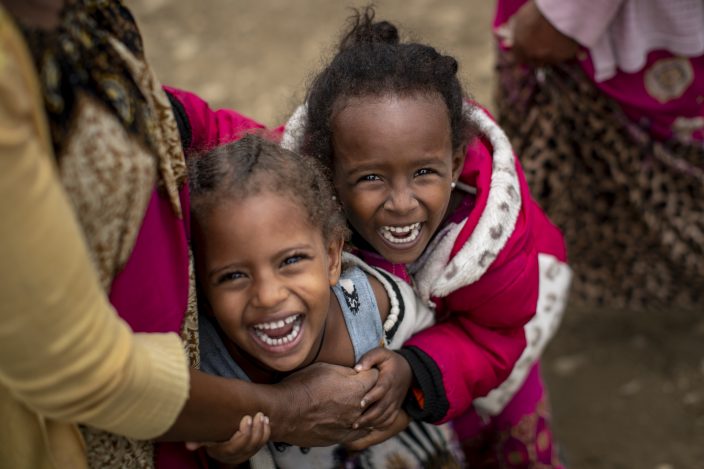 Two displaced Tigrayan girls giggle next to their mother, left, as their photograph is taken outside the Hadnet General Secondary School which has become a makeshift home to thousands displaced by the conflict, in Mekele, in the Tigray region of northern Ethiopia Wednesday, May 5, 2021. The Tigray conflict has displaced more than 1 million people, the International Organization for Migration reported in April, and the numbers continue to rise. (AP PhotoBen Curtis) 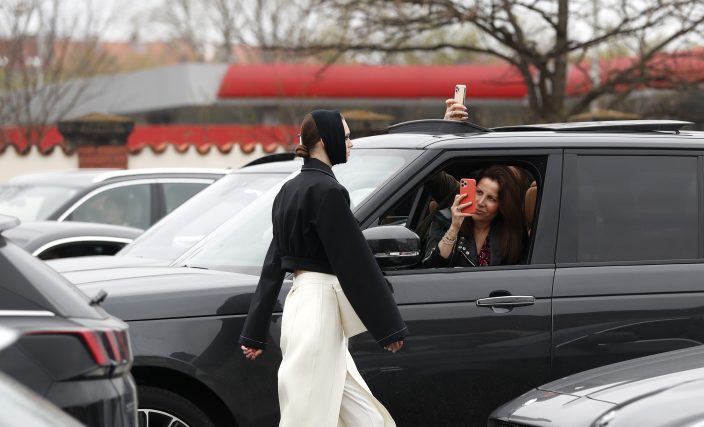 A woman takes a picture of a model walking past cars during a drive in fashion show part of the Prague fashion week in Prague, Czech Republic, Saturday, May 1, 2021. Due to the coronavirus restrictions the spectators could only observe the show from inside of their cars. (AP PhotoPetr David Josek) 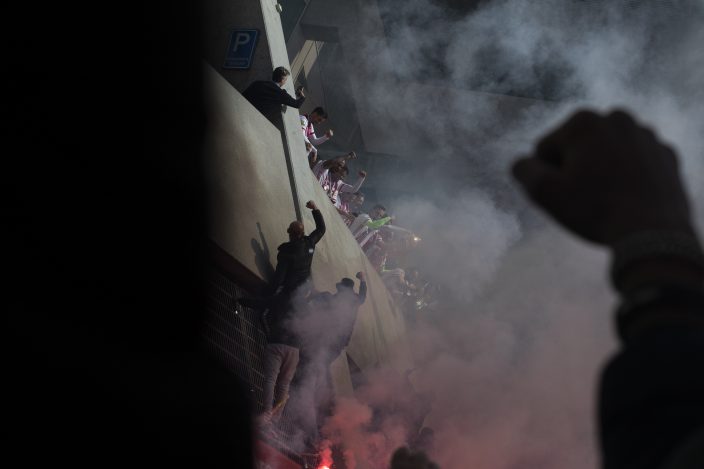 Supporters cheer as Ajax players, center, show the trophy after clinching the Dutch Eredivisie Premier League title with a 4-0 win in the soccer match between Ajax and Emmen at the Johan Cruyff ArenA in Amsterdam, Netherlands, Sunday, May 2, 2021. (AP PhotoPeter Dejong) 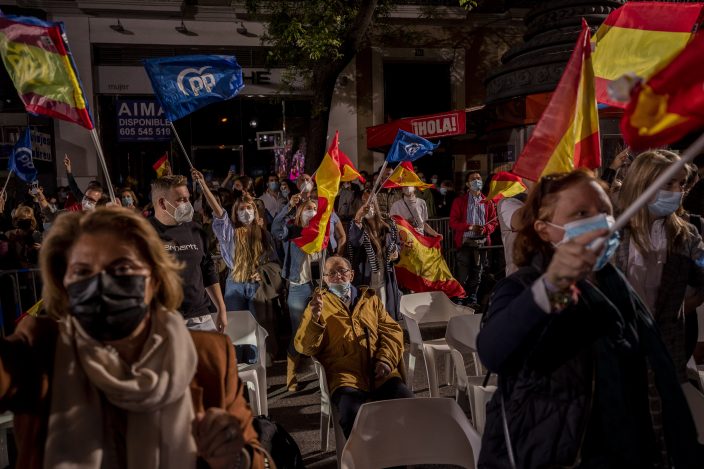 Supporters of conservative Madrid president Isabel Diaz Ayuso wave flags outside the popular party headquarters in Madrid, Spain, Tuesday, May 4, 2021. Madrid residents voted in droves for a new regional assembly in an election that tests the depths of resistance to virus lockdown measures and the divide between left-wing and right-wing parties. Regional President Isabel Díaz Ayuso, who called the early election by dissolving her center-right coalition, had set off to broaden her power base and open up to an alliance with the far-right. (AP PhotoBernat Armangue) 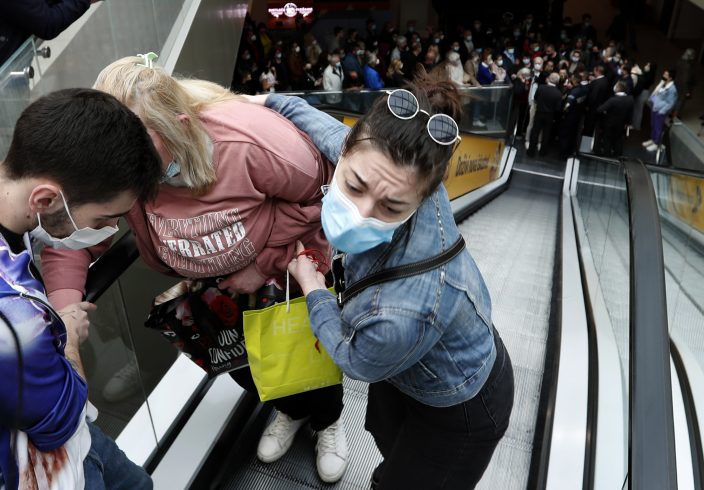 A woman is helped up the escalator as people queue to get vaccinated and to be one of 100 people to receive shopping coupons along with the jabs, in the Usce shopping mall in Belgrade, Serbia, Thursday, May 6, 2021. Serbian authorities are looking for incentives for people to boost vaccination that has slowed down in recent weeks amid widespread anti-vaccination and conspiracy theories in the Balkan nation. The government has also promised a payment of around 25 euros to everyone who gets vaccinated by the end of May. (AP PhotoDarko Vojinovic) 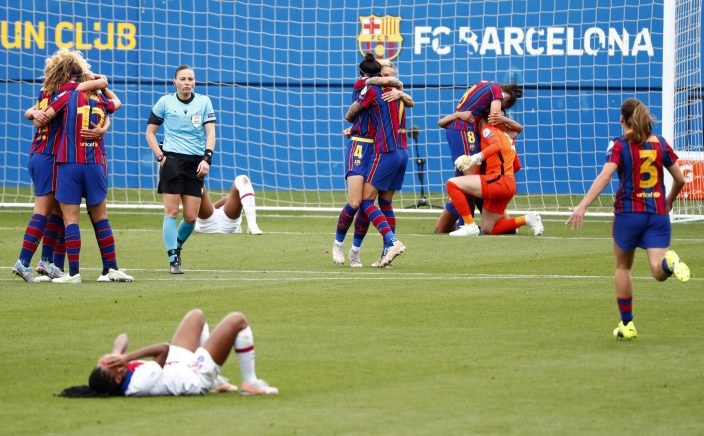 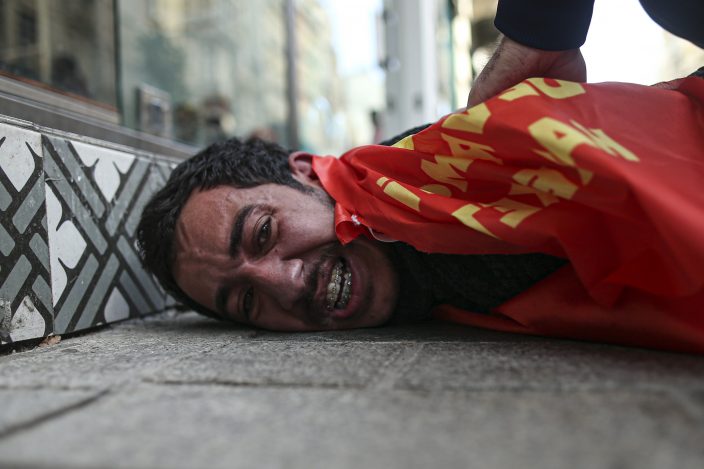 A protester is detained by police after he and others tried to push through a police barricade towards Taksim Square in central Istanbul during May Day protests, Saturday, May 1, 2021. Police in Istanbul detained several demonstrators who tried to march toward Istanbul's symbolic Taksim Square in defiance of the protests ban and the strict lockdown imposed by the government due to the coronavirus outbreak. (AP PhotoEmrah Gurel) 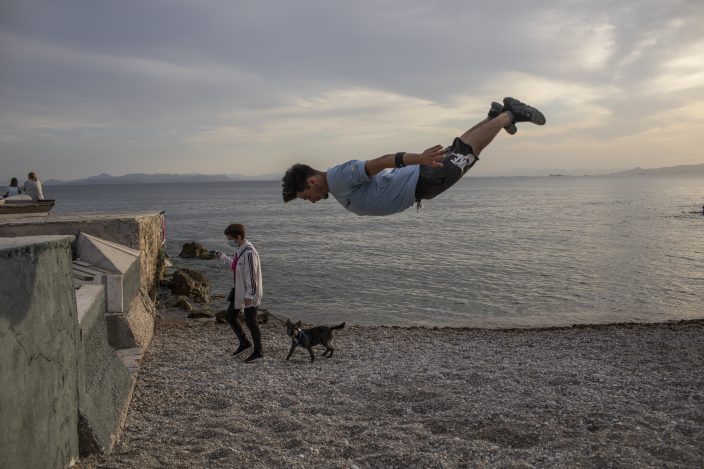 25 year-old Jimmakos Scotis makes a backflip as a woman wearing a protective face mask walks with her dog at the seaside of Alimos, suburb of Athens, on Tuesday, May 4, 2021. Greece began easing coronavirus-related restrictions with a view to opening to the vital tourism industry in the summer. (AP PhotoPetros Giannakouris) 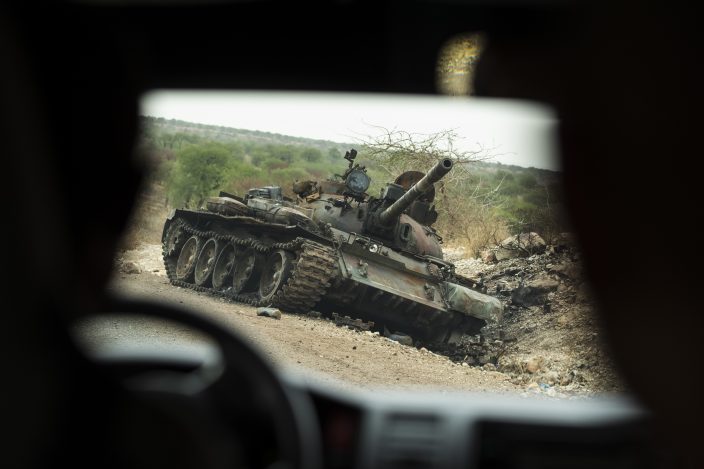 A destroyed tank is seen by the side of the road south of Humera, in an area of western Tigray annexed by the Amhara region during the ongoing conflict, in Ethiopia, Saturday, May 1, 2021. Ethiopia faces a growing crisis of ethnic nationalism that some fear could tear Africa's second most populous country apart, six months after the government launched a military operation in the Tigray region to capture its fugitive leaders. (AP PhotoBen Curtis) 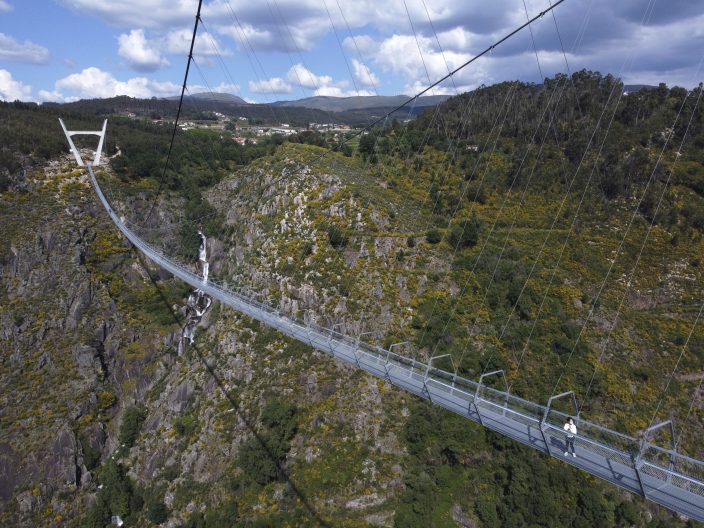 People walk across a narrow footbridge suspended across a river canyon, which claims to be the world's longest pedestrian bridge, in Arouca, northern Portugal, Sunday, May 2, 2021. The Arouca Bridge inaugurated Sunday, offers a half-kilometer (almost 1,700-foot) walk across its span, some 175 meters (574 feet) above the River Paiva. (AP PhotoSergio Azenha) 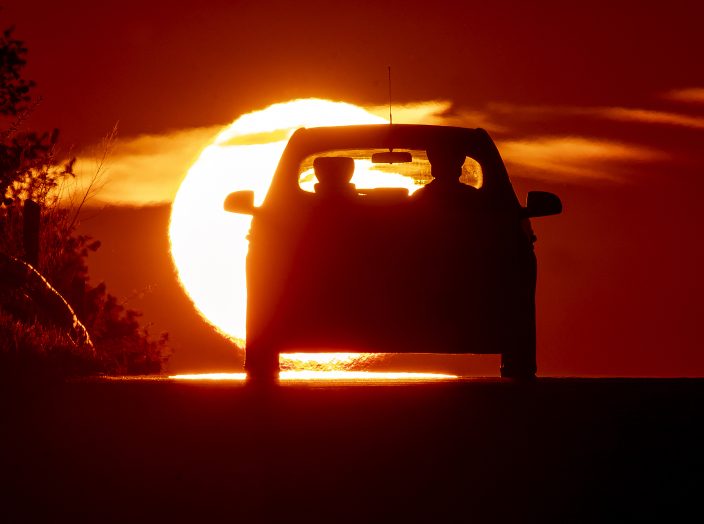 A car comes over a hill as the sun rises on the outskirts of Frankfurt, Germany, Monday, May 3, 2021. (AP PhotoMichael Probst)