Tom Wilson reached out to Artemi Panarin in the aftermath of the most talked about incident in hockey this week, and now he's ready to move on from his latest controversy.

In his first interview since a scrum against New York that left Panarin injured, led to a $5,000 fine and sparked a fight-filled rematch two nights later, the Washington Capitals forward said Friday he's good to go after an upper-body injury and glad the Rangers star is doing better.

"I’m feeling good," said Wilson, who appeared to have cuts on his right hand from a fight with Brendan Smith on Wednesday night. “I’m glad Panarin is doing well. He’s better. I reached out to him, and that’s really what matters right now.” 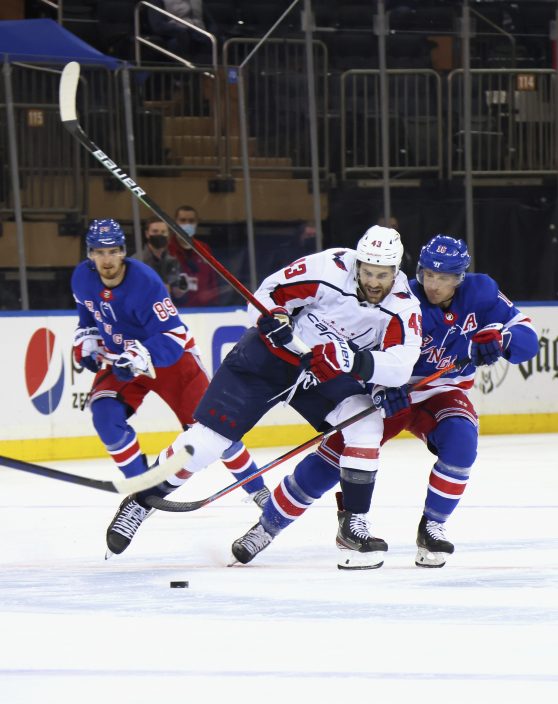 Wilson drew the ire of much of the NHL for his role in a scrum Monday night that the Rangers said caused Panarin to miss the final three games of the regular season with a lower-body injury. He was fined $5,000 for roughing Pavel Buchnevich and did not receive any supplemental discipline from the league's department of player safety for throwing Panarin to the ice moments later — a decision the Rangers protested and were fined $250,000 for saying disciplinary czar George Parros wasn't fit to remain in his job.

With five suspensions on his record, including seven games in March for boarding Boston's Brandon Carlo, Wilson knows Parros and NHL player safety well. He has previously watched film with Parros to better figure out how to play on the edge without crossing the line and doesn't believe the events of Monday night were out of the ordinary.

“It seemed (like a) fairly routine hockey scrum to me, and I think that was kind of the feeling from both players in the box and then obviously it took on a new life after the game,” Wilson said. “Those scrums are chaotic and there’s lots of stuff going on, but I didn’t think too much of it at the time." Washington Capitals' Tom Wilson prepares for warmups for the team's NHL hockey game against the New York Rangers on Wednesday, May 5, 2021, in New York. (Bruce BennettPool Photo via AP)

Wilson was given two roughing penalties and a 10-minute misconduct at the time. After the fine was announced with no hearing or suspension, the Rangers released a scathing statement calling it a “dereliction of duty” that Parros didn't suspend Wilson indefinitely.

Given Wilson's size and “the attention on him,” coach Peter Laviolette told him this week he needs to be a little more careful.

“He gets looked at in a certain way,” Laviolette said. "He has to play his game, he has to be hard to play against, he has to be physical, but in the same sense he’s got to know that eyes are on him, as well.” Wilson is no stranger to that spotlight. Until boarding Carlo in March, he hadn't committed any offenses worth a hearing with the league since September 2018, an illegal check to the head of St. Louis forward Oskar Sundqvist that drew a 20-game suspension, which was reduced to 14 by an arbitrator after he'd already served 16.

But Wilson's reputation has followed him. Teammate Lars Eller said people in hockey see Wilson differently, which is one reason why this became such a seismic story.

"After the play, I would have never thought that all this would have blown up," Wilson said. "Nothing I say right now is going to change anybody’s opinion, they’ve already made that up and I’ve just got to keep moving forward.” 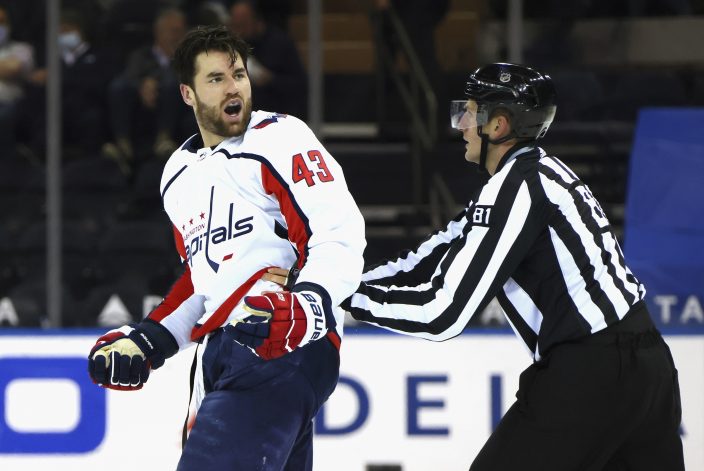