Saul “Canelo” Alvarez is back in the ring for the third time in less than five months with a “Cinco de Mayo” theme serving as a backdrop for the Mexican star after the pandemic scrubbed the same matchup a year ago.

One of boxing's best said he's making up for lost time as he prepares to face undefeated British fighter Billy Joe Saunders in a unification bout Saturday night at the home of the Dallas Cowboys. They were supposed to fight last May in Las Vegas.

“I feel like I'm in my prime and I obviously really wanted to fight after 13 months without a fight,” the 30-year-old Alvarez said through an interpreter. “I'm always ready to fight.” 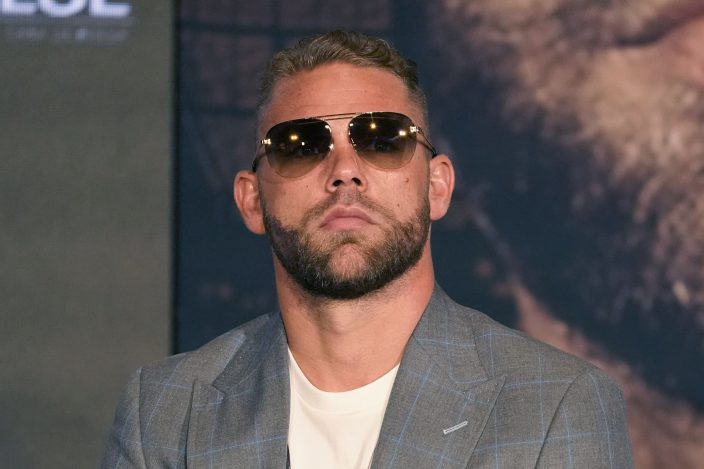 Alvarez (55-1-2, 37 knockouts) returned from the COVID-19 hiatus with a dominating decision over Callum Smith in San Antonio in December for the WBA and WBC super-middleweight titles. Alvarez defended the crowns with a third-round knockout of Avni Yildirim at the home of the Miami Dolphins in February.

With pandemic-related restrictions lifted in Texas, organizers are expecting a crowd of about 70,000. They say it will break the indoor boxing attendance record of 63,352 set in 1978 at the Superdome in New Orleans when Muhammad Ali beat Leon Spinks.

The fight is in line to be the biggest crowd for a sporting event in the U.S. in the pandemic, although the claim should only last about three weeks. The Indianapolis 500 on May 30 is expected to draw about 135,000, or 40% of the track's capacity. 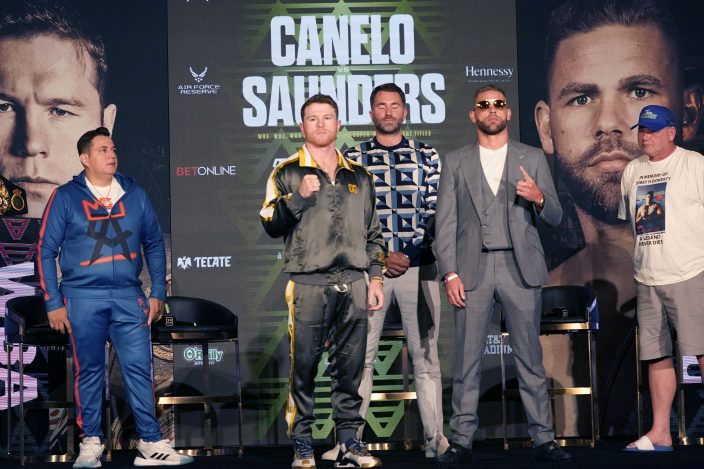 “I'm really happy to be bringing it all back, especially in boxing," said Alvarez, whose only loss was to Floyd Mayweather by majority decision in 2013. “I'm looking forward to a lot of support from the fans at the stadium yelling, ‘Canelo!’”

While undefeated at 30-0 with 14 knockouts and coming off a unanimous decision over Martin Murray, Saunders knows he will be a big underdog in front of a hostile crowd in the biggest fight of the WBO champion's career.

The Saunders camp made an issue of the size of the ring in the days before the fight, threatening not to show up if it wasn't big enough. The 31-year-old Brit figures to use his quickness and movement to try to offset Alvarez's power.

The sides agreed to increase the size to 22 feet from 20, and the judges will be from California, Connecticut and Nevada. Saunders didn't want any judges from Texas, so close to neighboring Mexico.

“It was the (judges), it was the ring, it was a lot of excuses,” said Alvarez, who has held world titles since 2011. “The only thing I'm focused on is winning.”

It's the second fight for Alvarez at the home of the Cowboys. He knocked out Liam Smith there in September 2016. Still, Saunders is trying to win some crowd support, saying half the fans in Alvarez's home country love him and the other half don't.

“So hopefully the half that don’t like him will be supporting the Gypsy boy,” Saunders said. “We’ll get it rocking and rolling. This is for all the Gypsies back home, everyone in the UK.”

The winner will have three of the four title belts in the 168-pound division, with Caleb Plant's IBF strap the only one missing. While few expect Saunders to emerge with the crowns, he mixes talk of respect for his headlining opponent with the hint of an upset.

“He’s a good champion, but there’s a time in life where you get tested,” Saunders said. “I think he’s going to be bumping into the wrong man Saturday night to be going home with titles.”

The number of people stopped from ...