Robert Saleh wrapped up his first practice with the New York Jets by taking his usual spot behind the huddle and waiting for the head coach to address the team.

Then, it quickly dawned on him.

“Oh, shoot,” Saleh said Friday with a big grin and laugh. “That's me!” 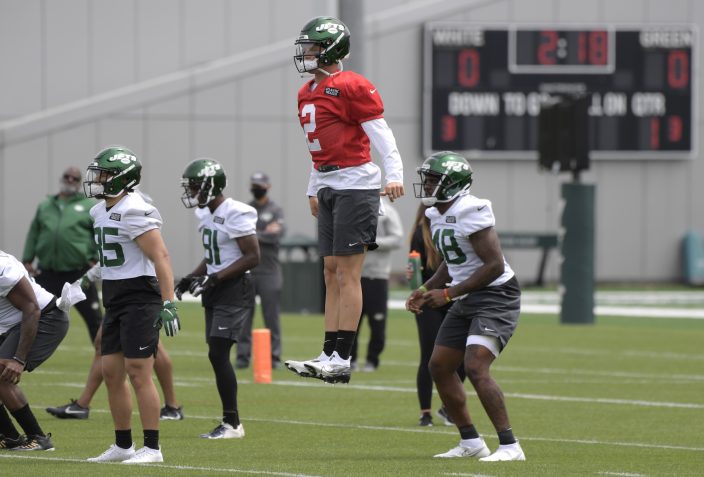 It sure is, and all joking aside, the longtime defensive coordinator is clearly the new man in charge. And he has already made quite an impression on the rookies who kicked off their three-day minicamp.

“I rock with him already," said running back Michael Carter, a fourth-round pick out of North Carolina. "I can’t wait to play for him. He’s a great coach already. He wants to win, wants to have fun doing it. Wants to have high energy -- and that’s me.”

Guard Alijah Vera-Tucker, taken with the 14th overall pick from USC, said Saleh's energy was evident from the moment he met him in person last week. 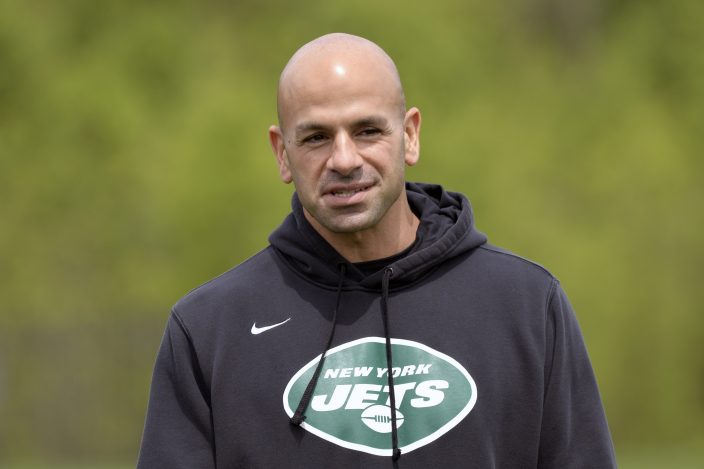 “It's in everything,” Vera-Tucker said. “You'd see it on the field when he was back in San Francisco coaching up the defense. He always brings that energy. In team meetings as well. He always, I guess, kind of has a chip on his shoulder, always wants us to work our butts off, which we will.”

Saleh was hired by the Jets in January after a four-year stint as 49ers defensive coordinator. He previously worked on the defensive staffs of Seattle, Jacksonville and Houston, and culled his experiences from those stops to establish his own approach to leadership on the field and off.

“Oh, it’s a blessing, first, to get to this point, and I’m always thankful,” Saleh said. “From a coordinator standpoint, the scope is bigger, so I don’t want to sound arrogant or anything. There’s obviously things that will change on game day and all that stuff, but from a practice standpoint — coaching coaches and helping players get to where they need to be so that they can achieve their best — I do think that there’s a lot of carryover. Not to sound arrogant, I know there’s going to be a lot of stuff along the road, but it’s been awesome." 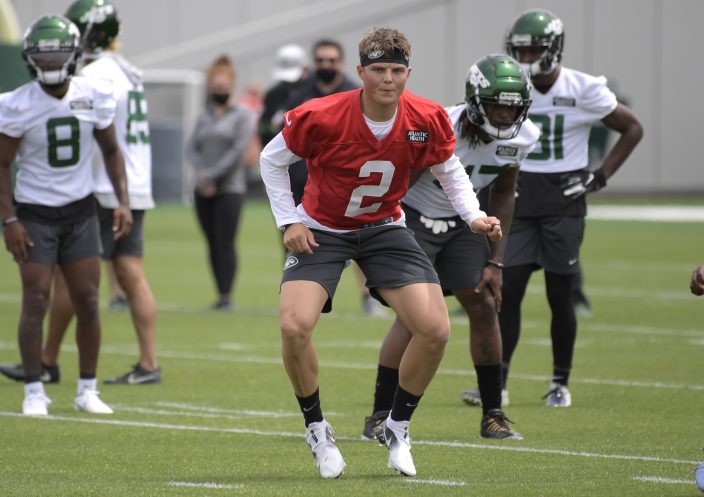 His “All Gas, No Brake” mantra has been a constant during the offseason — reflective of the passion Saleh has for the game and his players, and something he insists his entire team and coaching staff reciprocate. Several players who signed with the Jets during free agency, including wide receiver Corey Davis and defensive linemen Carl Lawson and Sheldon Rankins, cited Saleh's leadership as being a primary reason they wanted to come to New York.

Saleh is now finally able to get some practice time with his players. And it started Friday with a group of rookies that includes No. 2 overall pick Zach Wilson, who gives the new coach a potential franchise quarterback.

“That’s the fun part of it, right?” Saleh said. “To be able to go out there and get on the grass with the guys and start teaching their techniques and fundamentals and scheme, and seeing the guys, seeing the coaches coach and the players play. That’s always the best part about this whole job.” 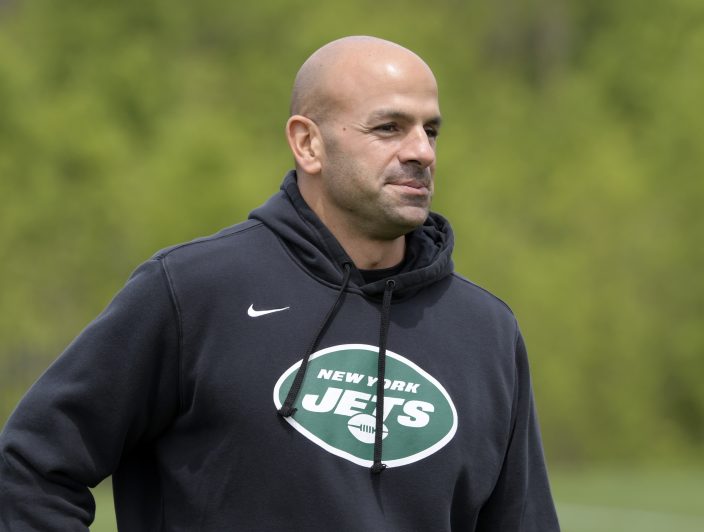 For a franchise that has gone 10 straight seasons without making the playoffs and not been to a Super Bowl since the glory days of Joe Namath in 1969, the Jets and their fans certainly embrace the positive vibes that have permeated the facility and fan base since Saleh's hiring.

That has only increased now that Saleh is paired with Wilson, the former BYU star who is tasked with lifting the franchise back to respectability — and maybe giving the Jets the long-term consistency and success at the quarterback spot they have craved since Namath.

But Saleh is not interested in putting that type of pressure on Wilson or any other player.

Moments after the Jets selected Wilson in the draft, Saleh delivered a clear message: “The biggest thing I want to tell you, just remember this: This organization is going to lift you. Not the other way around.”

And that fits right in with Saleh's philosophy for the entire team.

“The one thing about this league is there’s pressure on everybody,” Saleh said. “Everyone’s under the gun, and I get the quarterback has the most eyes on him. We’re all under pressure to make sure that we’re all helping each other have success. To hide him, to shield him, you can't. It’s impossible. If you do that, you’re wasting time.

"The biggest thing that we’re going to try to accomplish is to make sure that we’re growing as a football team first.”

NOTES: The Jets are one of three NFL teams, including Indianapolis and Las Vegas, to hold rookie camp this weekend. The rest will be next weekend. ... Saleh said DL Quinnen Williams had surgery on his broken foot and is expected to be ready in time for training camp in late July. ... Saleh scored early points with reporters by calling an audible and extending the window during which they could watch practice from 30 minutes to an hour.