The European Union and India agreed Saturday to restart negotiations on a bilateral free trade deal, eight years after their first attempt failed and as both sides seek alternatives to China.

Indian Prime Minister Narendra Modi spoke via videoconference to EU leaders attending a summit in Portugal. The two sides announced what they called “a pivotal moment" in their relations by agreeing to resume talks they gave up on in 2013 and to collaborate on a wide range of other issues.

Speaking at a press conference after the closed-door talks, senior EU officials were thrilled by the prospect of closer ties with India. 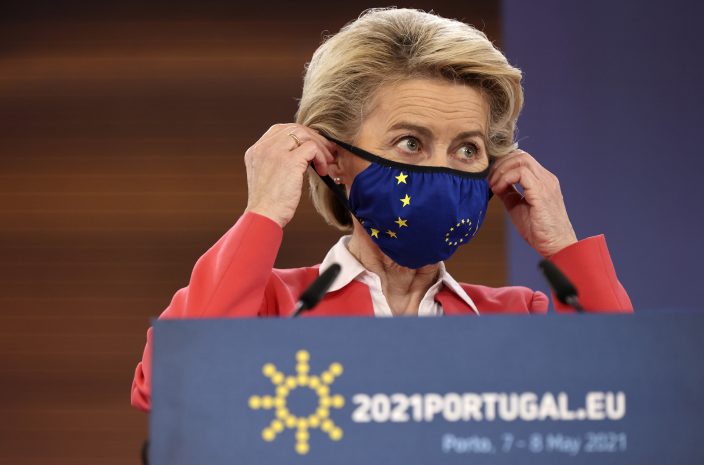 Modi was scheduled to be at the online press conference after the meeting but didn’t appear.

Plans for a face-to-face EU-India summit in Porto, in northern Portugal, fell through after Modi canceled his trip due to the devastating pandemic surge in his country. His remote appearance was the first time an Indian leader participated in a meeting with all of the EU’s leaders. 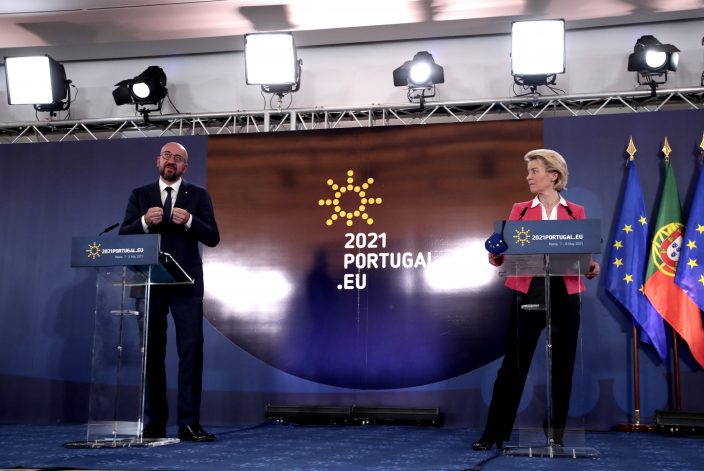 Von der Leyen said 17 EU countries have provided more than 100 million euros ($122 million) worth of pandemic aid to India, including oxygen generators, medicines and ventilators, and were ready to send more.

While trade talks proceed, parallel negotiations will be held on investment protection and geographic indicators - a key interest for the EU, which places importance on protecting its distinctive products - in order to speed up the process, von der Leyen said.

The two sides said in a six-page joint statement that they also agreed to cooperate more in areas such as supercomputing for pandemic and climate change modelling, artificial intelligence and digital and transport connectivity.

Warm relations with India have an added attraction for the EU, which is eager to expand its influence in the Indo-Pacific region.

The EU’s ties with China have soured over Beijing’s treatment of its Uighur Muslim minority, leading to the suspension of the bloc’s ratification of a bilateral investment agreement.

India, meanwhile, fell out with China in a border dispute last year.

Clinching a free trade deal won’t be an easy task for EU and Indian negotiators. Six years of talks produced no agreement the last time they tried, with issues such as vehicle parts and duties on wine and spirits thwarting an agreement.