The three-count indictment unsealed Friday “put a smile on our faces” and “holds these guys to accountability,” said Rodney Floyd, George Floyd’s brother. 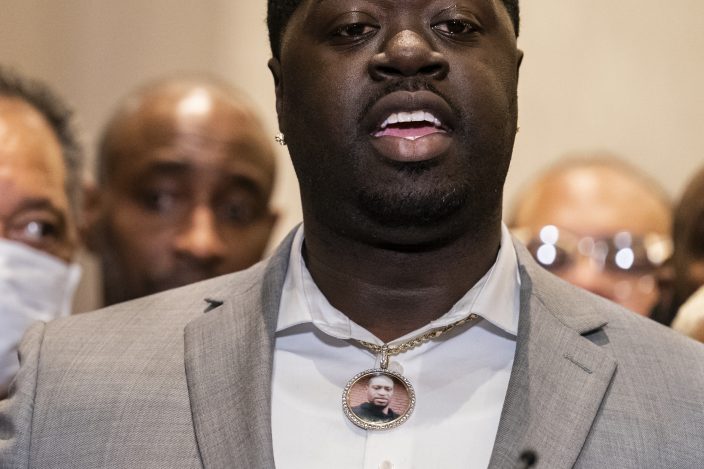 Brandon Williams, nephew of George Floyd, wears a pendant bearing the likeness of his uncle during a news conference after former Minneapolis police Officer Derek Chauvin is convicted in the killing of George Floyd, Tuesday, April 20, 2021, in Minneapolis. (AP PhotoJohn Minchillo)

“No family should have to go through what we went through,” he said.

The press conference was held at Texas Southern University in Houston, where George Floyd grew up. Floyd’s death sparked protests worldwide and calls to hold police accountable after Minneapolis police officer Derek Chauvin was captured on video kneeling on Floyd’s neck for more than nine minutes.

Chauvin was convicted last month on state charges of murder and manslaughter and is asking for a new trial. The other three are set for state trial on Aug. 23. 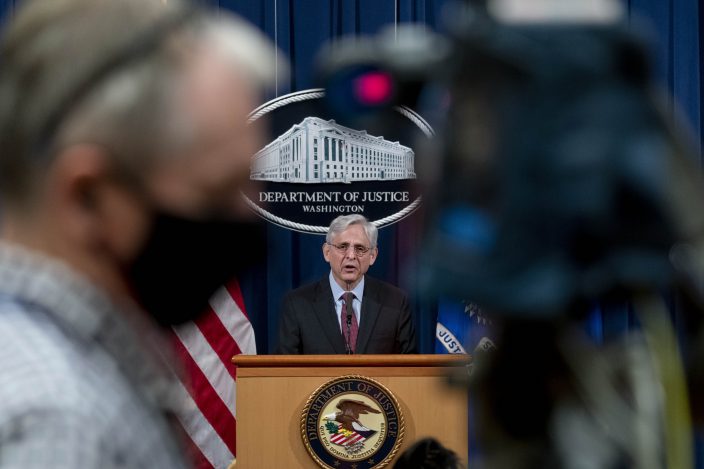 The federal indictment names Chauvin, Thomas Lane, J. Kueng and Tou Thao, accusing them of willfully violating the Black man’s constitutional rights as he was restrained face-down on the pavement and gasping for air. Chauvin was also charged in a second indictment, stemming from the use of force and neck restraint of a 14-year-old boy in 2017.

“The hope is that it will set a precedent that the Justice Department ... will look at these other injustices that these families never got their day in court, that were denied due process," attorney Ben Crump said.