Rookie Tim Stutzle had his first NHL hat trick to help the Ottawa Senators beat the Winnipeg Jets 4-2 on Saturday night for their third consecutive victory.

Connor Brown scored and added two assists, Shane Pinto also had two assists, and Filip Gustavsson made 27 saves. The Senators improved to 8-1-1 in their past 10 games.

“We played a great game as a team,” said Stutzle. “Gus was unbelievable as well. He kept us in the game and had some huge saves. It was a great team win today. 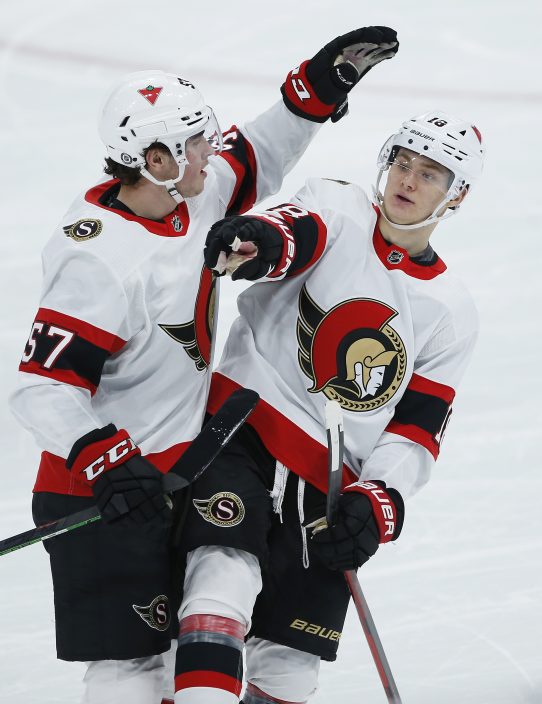 “Our D did a good job and our line played really well tonight. We had some really good looks. We really deserved the win tonight because we worked very hard for that.”

Mason Appleton and Mark Scheifele scored for Winnipeg, and Connor Hellebuyck stopped 19 shots. The Jets have lost six in a row on home ice.

Stutzle gave Ottawa a 3-1 lead at 5:11 of the third with his second goal of the night, beating the off-balance Hellebuyck from the faceoff circle. He completed the hat trick with an empty-net goal with seven seconds remaining. 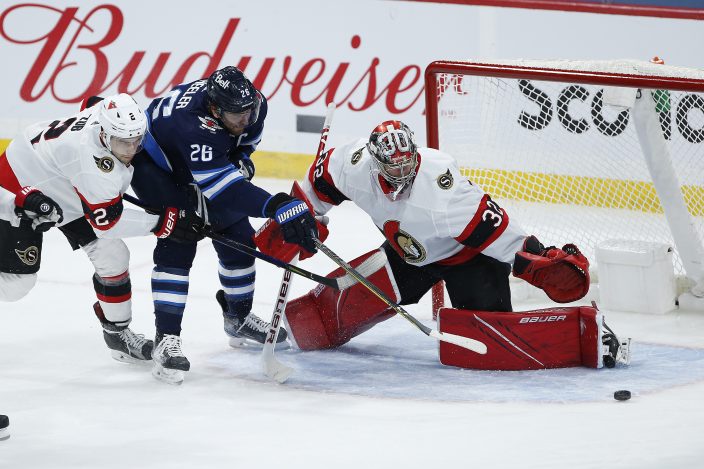 The Jets were coming off a 4-0 playoff-clinching victory over the Calgary Flames that snapped a seven-game skid.

“I thought we looked like a team that just broke a seven-game streak and qualified for the playoffs and beat the team that knocked us out of the playoffs last year and we spent a lot in that game,” Jets coach Paul Maurice said. “There wasn’t a whole lot of emotion. The hard work was there, the effort was there, but the emotion was hard to find.” 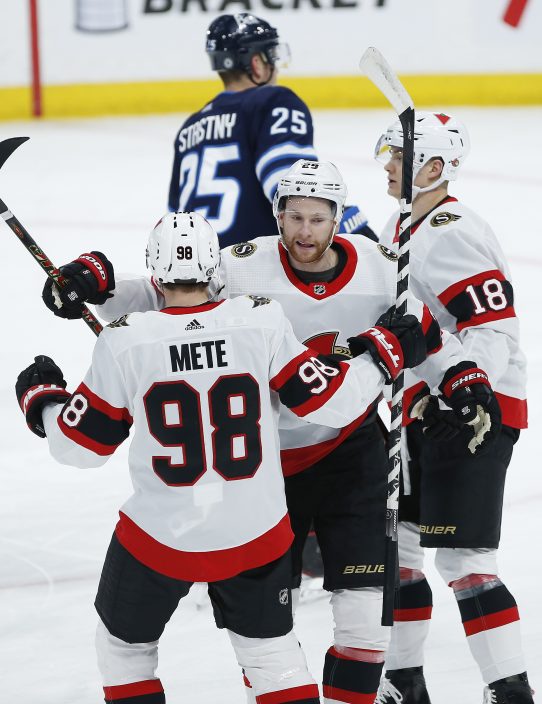 Senators: At Calgary on Sunday night.