The wait goes on for Manchester City.

Manchester United underlined its determination to make City, its fierce local rival, fight to clinch the Premier League trophy by prolonging the title race for at least a couple more days.

United beat Aston Villa 3-1 on Sunday to leave City still needing three points to reclaim the biggest prize in English football. It is the 10th time United has come from behind to win in the league this season. 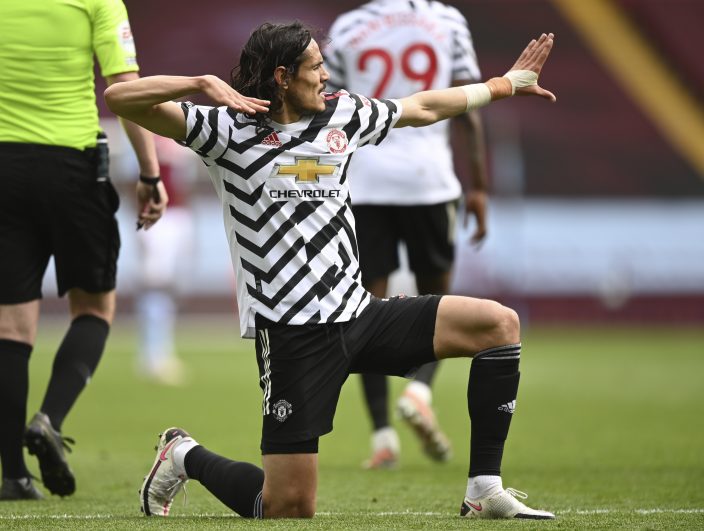 City blew a chance to seal the title itself by losing 2-1 to Chelsea on Saturday.

City's next game is away to Newcastle on Friday but Pep Guardiola's players might be celebrating by then anyway. United plays twice before that, against Leicester on Tuesday and Liverpool on Thursday, and knows a loss in either of those matches — against teams fighting desperately for Champions League qualification — will hand City a third league championship in four years under Guardiola.

United will surely not be at full strength for both games — manager Ole Gunnar Solskjaer has already made public his displeasure at being forced to play three times in five days — especially given that captain Harry Maguire hobbled off with an ankle injury against Villa that Solskjaer said could sideline the defender for “a few weeks.” 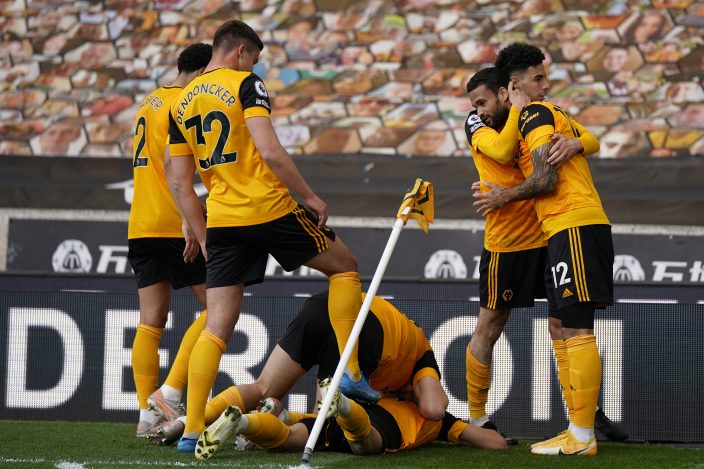 Still, two victories for United in the coming days would put serious pressure back on City ahead of the leaders' trip to St. James' Park, where they have lost and drawn in their last two visits in the league.

That hasn't happened since long-time manager Alex Ferguson retired in 2013.

“The players are learning," Solskjaer said. "They’re getting better. The spirit, the camaraderie. They back each other.

“There’s competition for places (in the top four) so I’m very happy that we’ve done that twice now.”

Ollie Watkins was sent off in the final minutes for Aston Villa for collecting a second yellow card after being adjudged to have dived in an attempt to win a penalty.

West Ham has been one of those teams providing competition for the Champions League qualification positions but its dreams of a first-ever finish in the Premier League's top four faded after losing 1-0 at home to Everton.

Leicester, which was beaten 4-2 by Newcastle on Friday, occupies the final qualification place and is five points ahead of fifth-place West Ham. Liverpool is a point and place further back with a game in hand.

Dominic Calvert-Lewin scored Everton's winner in the 24th minute, for his 16th goal of a campaign, and Carlo Ancelotti's team still has much to play for as it is three points behind West Ham also with a game in hand.

Brighton is still not assured of another season in the top flight after squandering the lead to lose 2-1 at Wolverhampton.

Lewis Dunk put Brighton ahead with a header from a corner but was sent off in the 53rd minute for a professional foul. Wolverhampton scored in the 76th through substitute Adama Traore before Morgan Gibbs-White curled in the winner in the 90th.

Brighton is 10 points clear of third-to-last Fulham, which has four games left and will be relegated if it loses at home to Burnley on Monday.