Japanese tennis player Kei Nishikori has doubts about whether the IOC and local organizers are doing enough to plan for a worst-case scenario of “hundreds” or “thousands” of coronavirus cases at the Tokyo Olympics.

Or whether it’s even still feasible to hold the games when a state of emergency has been extended in Tokyo and other parts of Japan because of the pandemic. 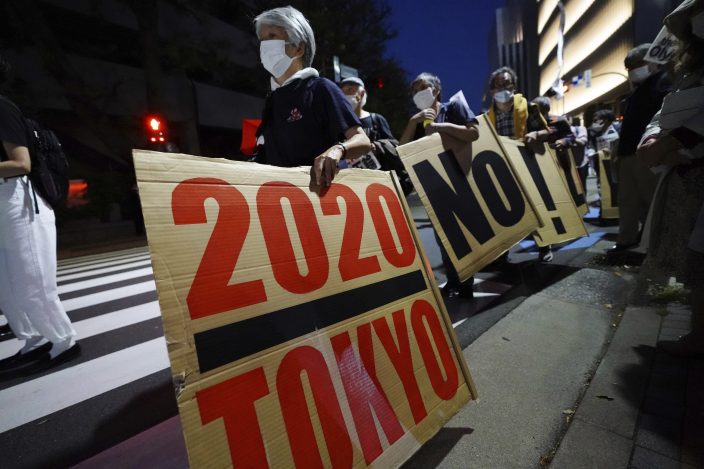 People who are against the Tokyo 2020 Olympics set to open in July, march around Tokyo's National Stadium during an anti-Olympics demonstration Sunday, May 9, 2021, (AP PhotoEugene Hoshiko)

“It’s 10,000 people in the village. So I don’t think it’s easy, especially what’s happening right now in Japan. It’s not doing good. Well, not even (just) Japan. You have to think all over the world right now.”

Nishikori is one of a growing number of tennis players expressing reservations about the games.

Serena Williams suggested she won’t go to Japan if coronavirus protocols mean she can’t bring her 3-year-old daughter with her. 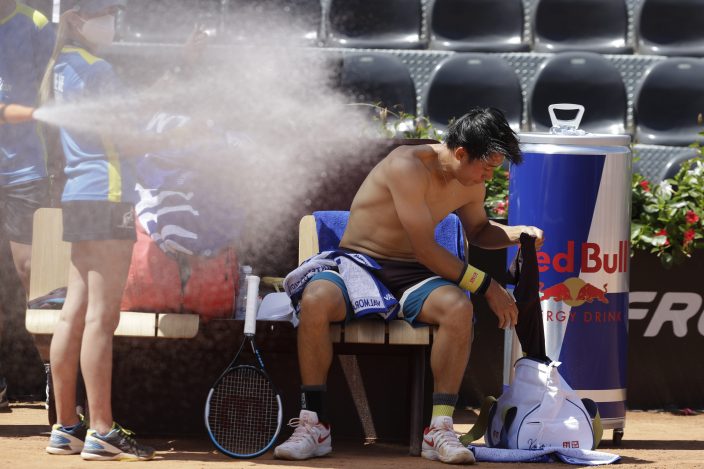 Japan's Kei Nishikori changes his shirt during a match against Italy's Fabio Fognini at the Italian Open tennis tournament, in Rome, Monday, May 10, 2021. (AP PhotoGregorio Borgia)

“I haven’t spent 24 hours without her, so that kind of answers the question itself,” Williams said. “There is this pandemic and there is so much to think about.”

And on Sunday, second-ranked Naomi Osaka sounded conflicted about the games’ status.

“Of course I would say I want the Olympics to happen, because I’m an athlete and that’s sort of what I’ve been waiting for my entire life,” Osaka said. “A lot of unexpected things have happened and if it’s putting people at risk, and if it’s making people very uncomfortable, then it definitely should be a discussion, which I think it is as of right now.” 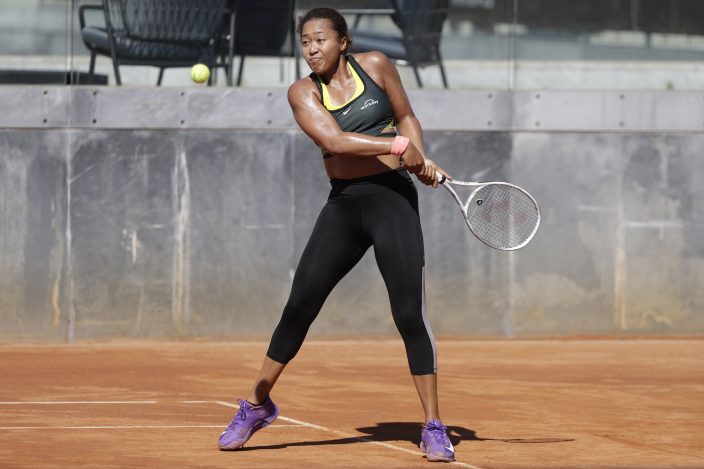 Japan's Naomi Osaka returns the ball during a training session at the Italian Open tennis tournament, in Rome, Monday, May 10, 2021. (AP PhotoGregorio Borgia)

Japan has attributed 11,000 deaths to COVID-19, better than many countries, but poor for Asia. The virus and its spreading variants are taxing Japan’s health-care system with only 2% of the population vaccinated.

Public sentiment in Japan continues to run against holding the Olympics in the middle of a pandemic. Between 60-80% of Japanese people in polls have said the Olympics should be canceled or postponed.

But local organizers and the International Olympic Committee insist the games, which were already postponed by a year, will open as planned on July 23. 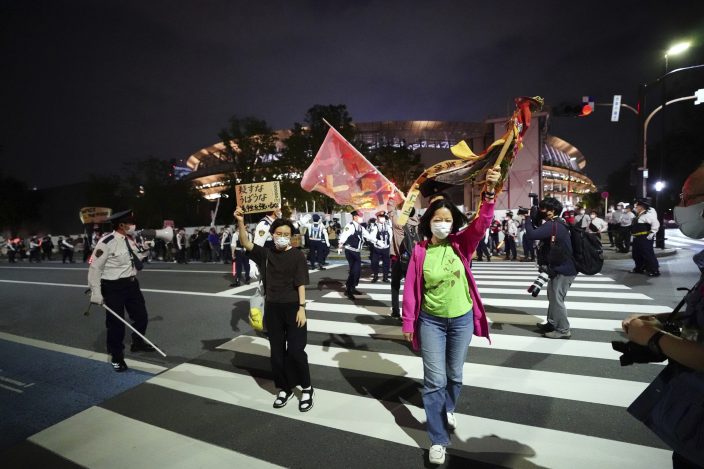 People who are against the Tokyo 2020 Olympics set to open in July, march around Tokyo's National Stadium, back, during an anti-Olympics demonstration Sunday, May 9, 2021. (AP PhotoEugene Hoshiko)

“I know you still have two, three more months. It’s tough to really say right now,” Nishikori said, adding that he thought organizers should “hold” on making a decision for now.

The 45th-ranked Nishikori, a former U.S. Open finalist and Japan’s top male player, said that if the Olympics were opening now, he thinks it would be “really tough” to hold the competition.

“If you think only about athletes, I think you can do it,” he said. “If you can make a good bubble, maybe you can do it, but there is some risk, too.”

"(What happens) if there is 100 cases in the village ... (or) thousands?” Nishikori asked. “You have to really discuss how you can play really safely.”