Westbrook completed his 182nd triple-double when he pulled down a rebound with 8:29 remaining. The nine-time All-Star and 2016-17 MVP finished with 28 points, 13 rebounds and 21 assists, carrying the load for a Wizards team that was missing Bradley Beal, the league's No. 2 scorer.

Trae Young scored 36 points and John Collins added 28 for the Hawks, who moved within a half-game of the fourth-place New York Knicks in the Eastern Conference. Washington is 10th in the East, which would give the Wizards the final spot in the league's new postseason play-in tournament. 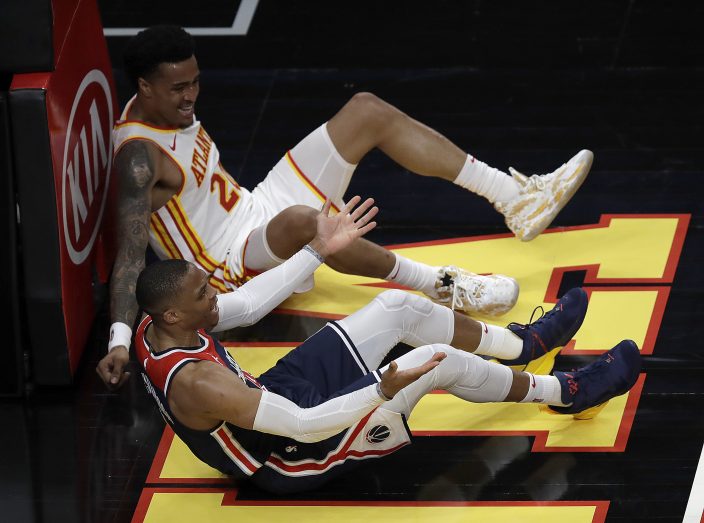 Washington Wizards' Russell Westbrook, foreground, reacts beside Atlanta Hawks' John Collins on the floor in the second half of an NBA basketball game Monday, May 10, 2021, in Atlanta. (AP PhotoBen Margot)

Beal has a strained left hamstring and the Wizards said earlier Monday he would also miss the team's next game, a rematch at Atlanta on Wednesday. He'll be re-evaluated ahead of Friday's game against Cleveland.

Washington called a timeout with 39.7 seconds remaining after Collins’ free throws put Atlanta up 125-122. Westbrook followed by hitting a runner and the Hawks called timeout with 18.2 seconds left.

Westbrook protested briefly that he was fouled on the play, but he got a clean look at a 3-pointer with 2 seconds left. His shot bounced off the rim, and Westbrook pounded the ball hard against the floor when the game ended. 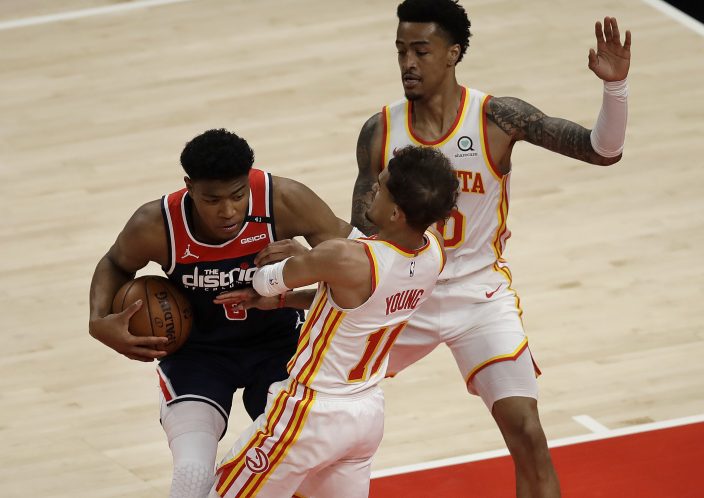 Washington Wizards' Rui Hachimura, left, drives the ball against Atlanta Hawks' Trae Young (11) in the first half of an NBA basketball game Monday, May 10, 2021, in Atlanta. (AP PhotoBen Margot)

Bogdan Bogdanovich finished with 25 points and Clint Capela had 22 rebounds for Atlanta, which has lost four of five.

Young buried a 27-foot 3 to push the lead to 17 points near the end of the third, but after the Hawks went up by a game-high 19 early in the fourth, the Wizards trimmed the lead to one midway through the period.

The Wizards led 62-60 at halftime. Washington dropped to 25-5 when leading at intermission. 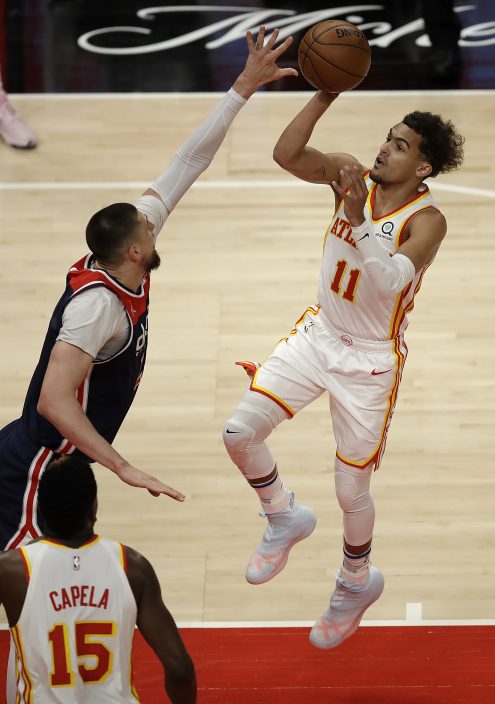 Wizards: Westbrook got his 8,000th career assist in early in the first. ... Westbrook has 33 straight double-doubles dating back to March 1. He has 56 double-doubles overall. ... Garrison Mathews started in place of Beal, finishing with three points in 14 minutes.

Hawks: F De’Andre Hunter played for the first time since March 24, snapping a streak of 24 straight missed games with right knee soreness. He entered to an ovation late in the first and finished with six points in 14 minutes. ... The Hawks were playing their first game since last Thursday. 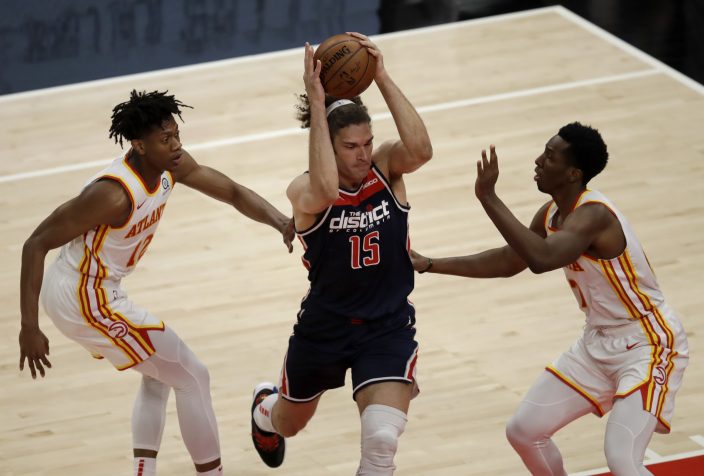 Wizards coach Scott Brooks said Beal, who traveled to Atlanta with the team, is doing rehab and getting treatments on his left leg.

“I’d love to have Brad back as soon as he can, but if it’s next week, it’s next week,” Brooks said. “We can do nothing about it. We can’t put him out there in harm’s way if he’s not ready.”

Beal was was injured in Saturday’s overtime victory at Indiana. He is averaging 31.4 points this season, behind only Golden State Warriors guard Stephen Curry, who was at 31.9 per game entering Monday. Beal finished second in the league last season to James Harden.

The teams play again on Wednesday at State Farm Arena.