Pekka Rinne made 30 saves for his second shutout of the season as the Nashville Predators finished the regular season by beating the Carolina Hurricanes 5-0.

Rinne tied Tom Barrasso for No. 19 in NHL history with his 369th victory in his first start since April 10. Now 38 and in the final year of his contract, Rinne notched his 60th career shutout in what might have been his final start for Nashville as fans chanted his name early and often.

The goalie got a hug from each of his teammates at the end of the game before skating around and raising his stick. He also applauded the fans and waved to them. 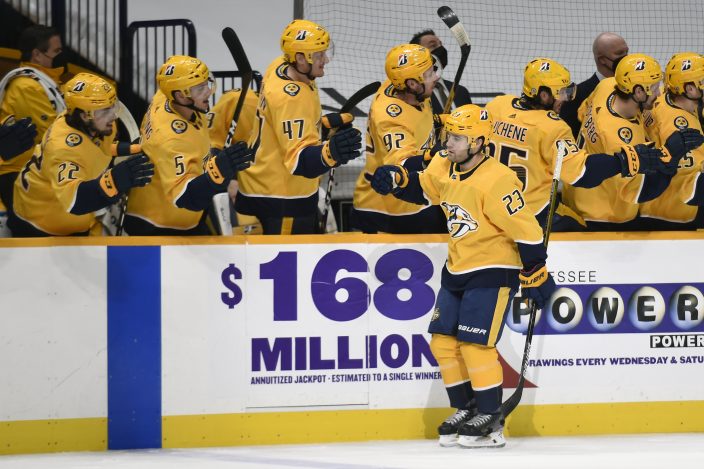 Nashville Predators right wing Rocco Grimaldi (23) is congratulated after scoring a goal against the Carolina Hurricanes during the first period of an NHL hockey game Monday, May 10, 2021, in Nashville, Tenn. (AP PhotoMark Zaleski)

Matt Duchene scored twice, and Ryan Johansen and Tanner Jeannot each had a goal and an assist for Nashville. Rocco Grimaldi scored a short-handed goal.

Nashville clinched the fourth seed in the Central Division on Saturday night with a 3-1 win over Carolina, the Predators' first this season over the division champs. That snapped the Canes' 13-game point streak with their first regulation loss since April 12.

With nothing on the line, both teams rested several players before their first-round playoff series. 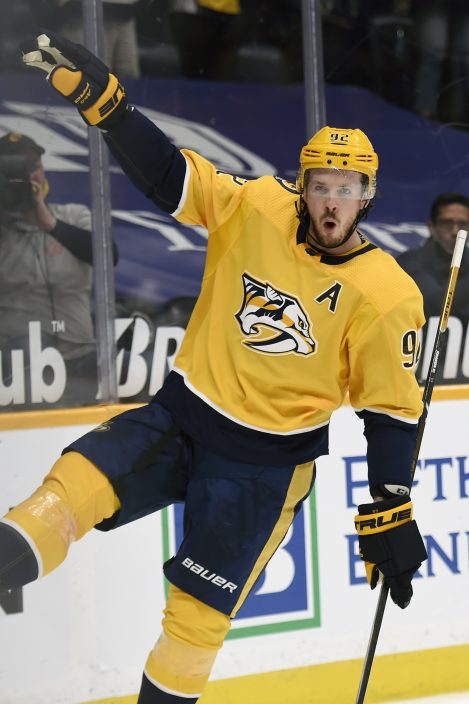 Nashville Predators center Ryan Johansen (92) celebrates after scoring a goal against the Carolina Hurricanes during the second period of an NHL hockey game Monday, May 10, 2021, in Nashville, Tenn. (AP PhotoMark Zaleski)

Grimaldi gave Rinne the only lead he'd need at 2:51 of the first, grabbing the puck in the neutral zone and racing up to the front of the crease before stopping and beating Petr Mrazek with a backhander. Duchene scored 98 seconds later, skating across the crease and flipping a backhander past Mrazek.

Duchene scored again at 4:19 of the second as the extra attacker on a delayed penalty making it 3-0. 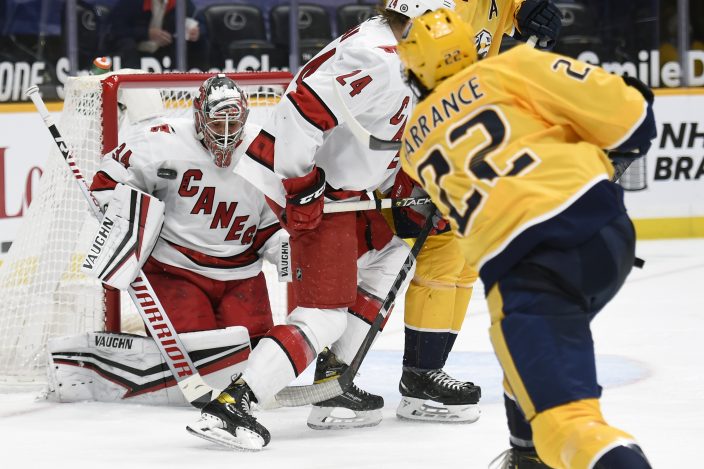 Rinne looked like the goalie who won the 2018 Vezina Trophy with a flurry of saves. He made 10 in the third, including one where he lost his stick as the Hurricanes passed the puck back and forth. During one timeout, fans gave him a standing ovation. 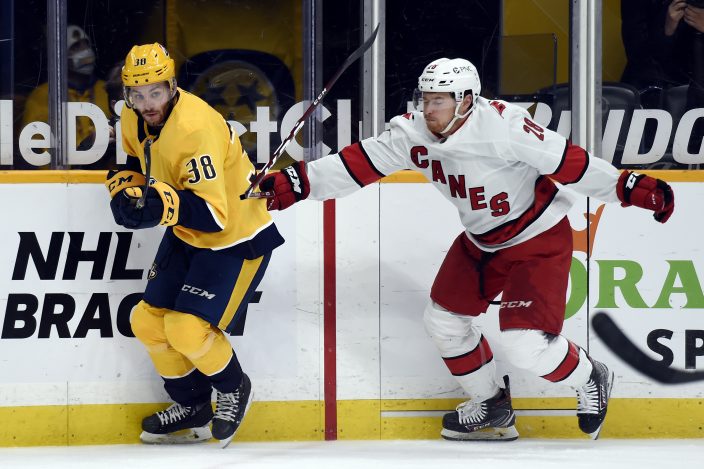 The forward skated on the top line with Filip Forsberg and Ryan Johansen and posted his second two-goal game of the season. He also scored twice at Florida on Feb. 4 and has six goals in 34 games this season. 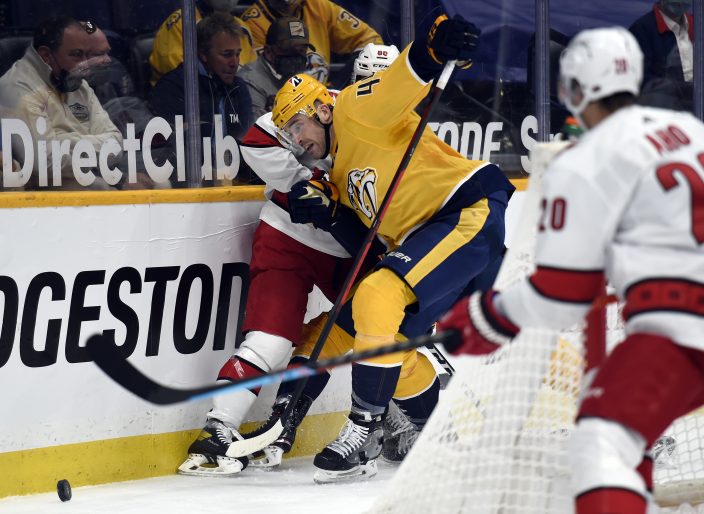 Johansen's power-play goal snapped Carolina's streak of killing 18 straight penalties, including 16 over the past seven games. That streak was Carolina's longest since March 2017 and tied for the seventh-longest in franchise history.

Earlier Monday, the Hurricanes recalled defenseman Joey Keane from Chicago of the American Hockey League. They also got back forward Jordan Martinook after he missed nine straight games with a lower-body injury. 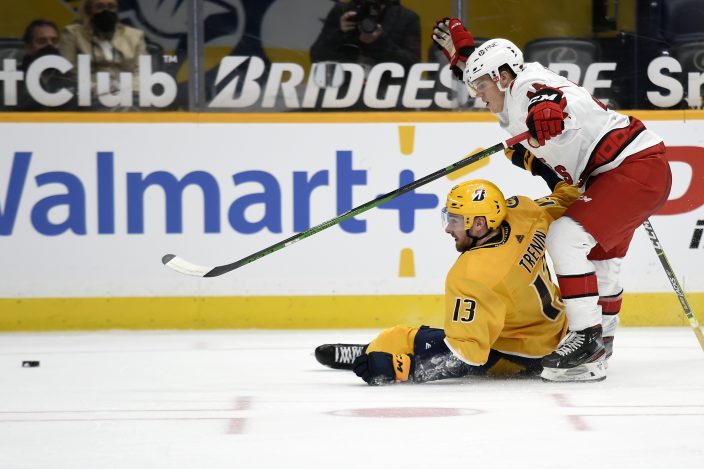 Nashville Predators center Yakov Trenin (13) falls to the ice as he blocks Carolina Hurricanes right wing Joey Keane (44) from the puck during the second period of an NHL hockey game Monday, May 10, 2021, in Nashville, Tenn. (AP PhotoMark Zaleski)

That came two days after the Hurricanes saw defenseman Jaccob Slavin exit in the first period with an unspecified injury, which coach Rod Brind’Amour described afterward as a tweak. Brind’Amour said Monday Slavin is day to day.

Game 1 of the first-round series with Carolina hosting the Predators.