Kyle Anderson had 14 points and four blocks, while Ja Morant had 12 points and 12 assists. 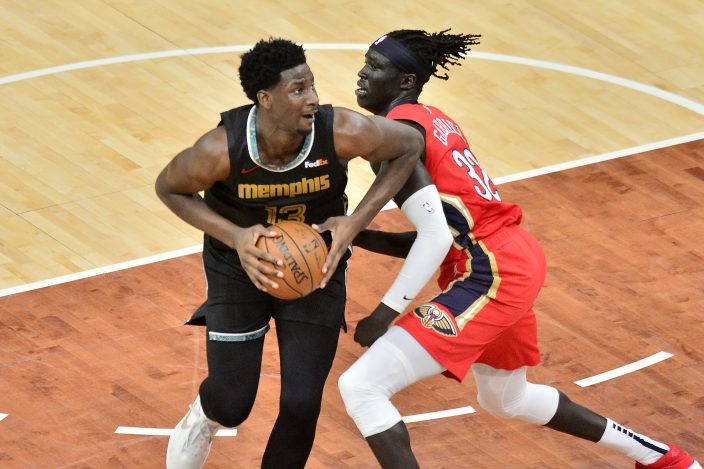 Add to that playing the second night of a back-to-back after a come-from-behind win against Charlotte, and things looked dire for the Pelicans. Williamson and Ingram alone average nearly 51 points per game.

But New Orleans proved a tough out for Memphis.

Memphis Grizzlies forward Kyle Anderson (1) shoots in the first half of an NBA basketball game against the New Orleans Pelicans, Monday, May 10, 2021, in Memphis, Tenn. (AP PhotoBrandon Dill)

The Pelicans erased a halftime deficit by shooting 50% in the first six minutes of the third quarter. Memphis missed all but one of its first 10 shots in the frame.

Morant, who struggled from the floor, scored eight straight points to bring Memphis within 88-86 entering the fourth.

Memphis eventually built its lead to nine in the closing minutes. 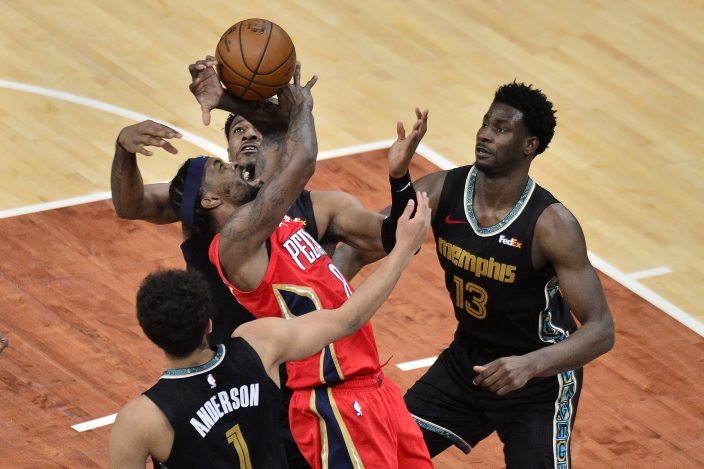 Pelicans: Adams is dealing with what amounts to turf toe, Williamson has a fractured left ring finger, Ingram is suffering from a left ankle sprain and Hart is recovering from left thumb surgery. ... Seven of New Orleans' previous 10 games were decided by five points are less, including the previous two by two points.

Grizzlies: G Grayson Allen sat out his third game with left abdominal soreness. ... Had lost five straight to the Pelicans. ... Had 10 blocks in the first half, their most in a half since 10 against Utah in 2010. ... Memphis played its first game of a back-to-back, the team’s 10th of the season. After a day off comes another back-to-back against the Sacramento Kings. The NBA announced earlier Monday that official Tony Brown will miss the rest of the season after he was diagnosed with pancreatic cancer. Memphis coach Taylor Jenkins extended good wishes to Brown before the game. “I just want him to know from all of us that our heart and our wishes are with him,” Jenkins said, later adding: “Our prayers and thoughts are with you, Tony. Wishing you all the best, man.” 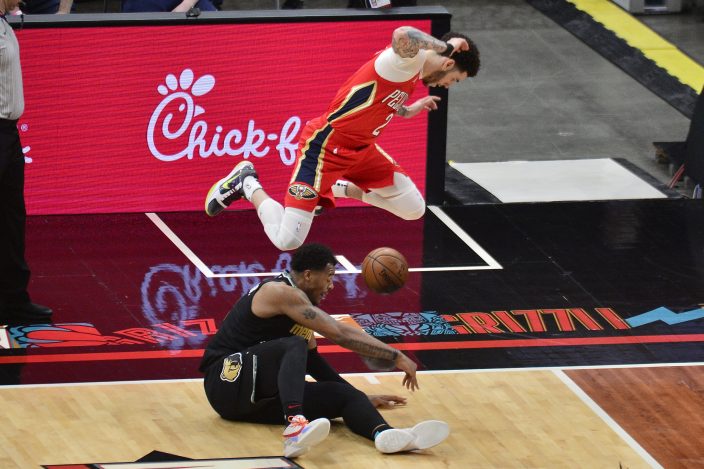 Pelicans: At Dallas on Wednesday.