Robbie Grossman singled home the winning run in the bottom of the ninth inning and the Detroit Tigers, after squandering a seven-run lead late, recovered to beat the skidding Kansas City Royals 8-7 on Tuesday night.

Grossman had five RBIs for the first time in his career, sending the Royals to their ninth straight loss. He ripped a two-out single off Scott Barlow (1-1) in the ninth to score Niko Goodrum.

The dramatic win masked a horrendous collapse for the major league-worst Tigers, who led 7-0 with two outs in the eighth. But then Jorge Soler homered and drove in six runs over the final two innings as Kansas City rallied to spoil a great start by Matthew Boyd. 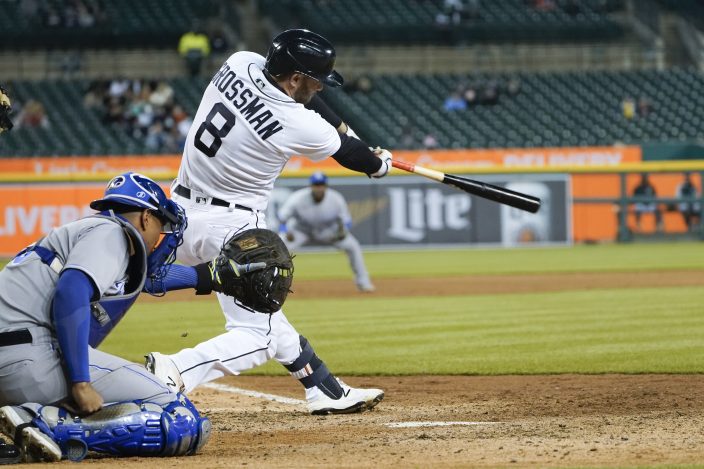 Detroit Tigers' Robbie Grossman (8) hits a three-run triple against the Kansas City Royals in the fifth inning of a baseball game in Detroit, Tuesday, May 11, 2021. (AP PhotoPaul Sancya)

The left-hander pitched six scoreless innings for Detroit, striking out five and walking two. The outing brought his ERA down to 1.94 after he exited his previous start April 29 with a left knee injury.

The meltdown began for the Tigers in the eighth when struggling former closer Joe Jimenez walked two batters with a seven-run lead to set up Soler’s three-run homer.

That seemed harmless enough until the ninth, when Ryan O’Hearn hit an RBI single. Two batters later, Goodrum committed an error at shortstop on what would have been a game-ending grounder. Soler then drove a ball to deep center field that Akil Baddoo nearly snatched to end the game.

Instead, it went for a three-run double that tied it at 7.

Goodrum was hit by a pitch to open the bottom of the ninth and Baddoo walked, reaching base for the fifth time. 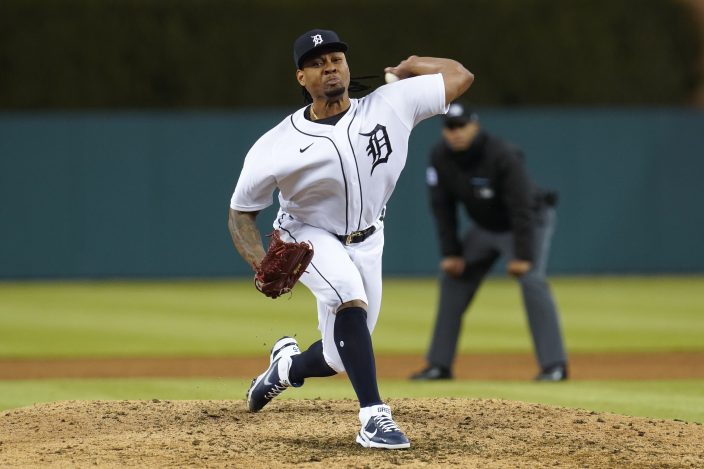 Detroit Tigers pitcher Gregory Soto throws against the Kansas City Royals in the ninth inning of a baseball game in Detroit, Tuesday, May 11, 2021. (AP PhotoPaul Sancya)

Grossman pulled a 1-2 fastball through the infield to win it.

Gregory Soto (3-1) got one out after Jose Cisnero allowed three runs in the top of the ninth.

The Tigers scored six or more runs for the fifth time in the last six games. That comes after a run of 17 straight games with five or fewer. 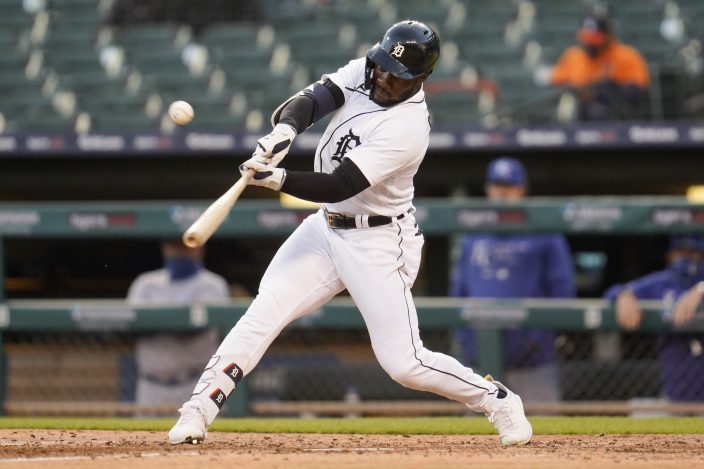 Detroit Tigers' Akil Baddoo hits a one-run single against the Kansas City Royals in the fourth inning of a baseball game in Detroit, Tuesday, May 11, 2021. (AP PhotoPaul Sancya)

Kansas City right-hander Brady Singer, ejected from his last start, could not continue his dominance of the Tigers.

After going 3-0 with a 1.44 ERA in his first four career starts against Detroit, Singer did not get out of the fourth. The Tigers scored four runs in the inning after the first five batters reached base.

Willi Castro, Baddoo and Grayson Greiner drove in runs with consecutive bloop singles, then Grossman scored Baddoo with a sacrifice fly. Jonathan Schoop led off the inning with a triple to deep center field that Michael A. Taylor couldn’t cut off. 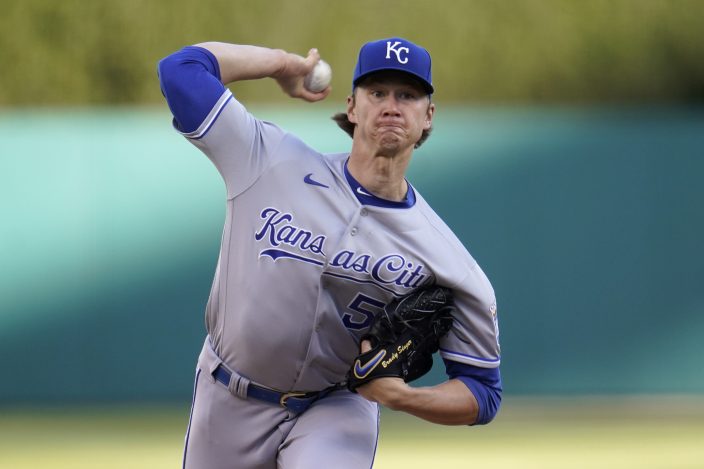 Kansas City Royals pitcher Brady Singer throws against the Detroit Tigers in the first inning of a baseball game in Detroit, Tuesday, May 11, 2021. (AP PhotoPaul Sancya)

Grossman cleared the bases in the fifth with a three-run triple.

Andrew Benintendi (two hits) and Carlos Santana reached base three times apiece for Kansas City, which came to Detroit after an 0-7 homestand. The Royals were 16-9 on May 1 to lead the majors but are now two games below .500. 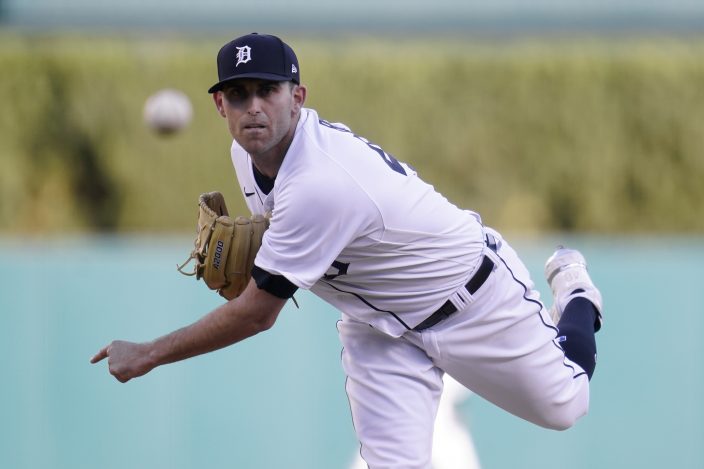 Detroit Tigers pitcher Matthew Boyd throws against the Kansas City Royals in the first inning of a baseball game in Detroit, Tuesday, May 11, 2021. (AP PhotoPaul Sancya)

Royals: C Cam Gallagher (concussion) and reliever Kyle Zimmer (left trapezius strain) are both with the team for the seven-game road trip. They could be activated off the injured list this week.

Tigers: Greiner was removed in the fifth with left hamstring tightness. … Manager A.J. Hinch announced that prospect Franklin Perez will undergo right shoulder surgery, missing another season. Perez was a centerpiece of the Justin Verlander trade to Houston in 2017, but has struggled with injuries since he was acquired. … 3B Jeimer Candelario was pulled from the lineup because of an illness following his second COVID-19 vaccine shot.

After being designated for assignment Friday by the Tigers, reliever Buck Farmer cleared waivers and was assigned to Triple-A Toledo.

Austin Riley homered and drove in ...

Minor sharp as Royals roll to 6-2 win over Mize, Tigers