José Abreu hit a tiebreaking two-run homer in the sixth inning and the Chicago White Sox won their fourth straight, 9-3 over the Minnesota Twins on Tuesday night.

Abreu went deep to left center on the first pitch he saw from Jorge Alcala (0-1) for his seventh homer. He narrowly missed another one in the third when Max Kepler reached over the right-center wall to catch Abreu's drive. The AL MVP had two hits and scored three runs.

Yasmani Grandal lofted a three-run homer in the second for first-place Chicago. 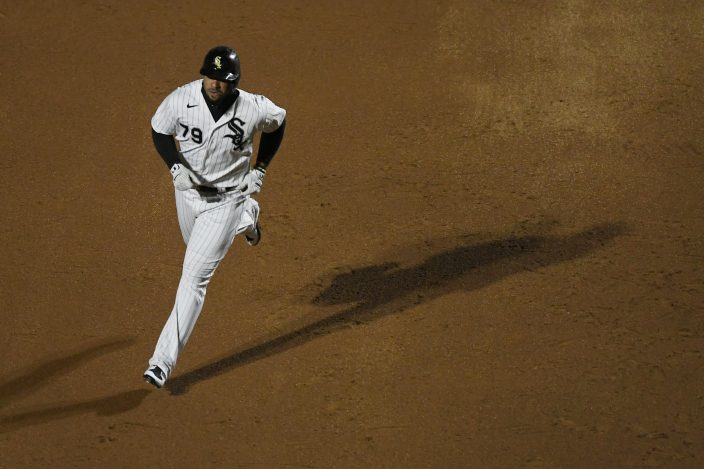 Chicago White Sox's Jose Abreu runs the bases after hitting a two-run home run during the sixth inning of the team's baseball game against the Minnesota Twins on Tuesday, May 11, 2021, in Chicago. (AP PhotoPaul Beaty)

It was just the sixth multi-homer game for the White Sox, who are missing slugging young outfielders Eloy Jiménez and Luis Robert with long-term injuries.

Garrett Crochet (1-2), the second of five Chicago relievers, worked two-thirds of an inning for his first career win.

Tim Anderson and Adam Eaton each had two hits and drove in insurance runs in the seventh. Leury Garcia and Nick Madrigal added RBI singles in the eighth for Chicago. 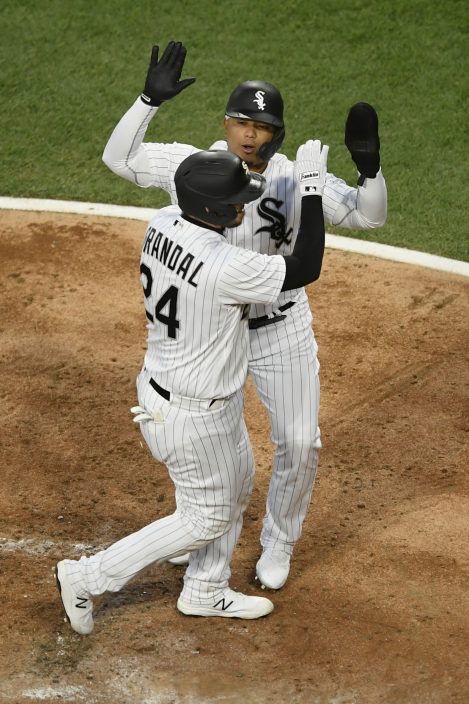 Chicago White Sox's Yasmani Grandal (24) celebrates with Yermín Mercedes at home plate after hitting a three-run home run during the second inning of the team's baseball game against the Minnesota Twins on Tuesday, May 11, 2021, in Chicago. (AP PhotoPaul Beaty)

Jorge Polanco had a solo shot among two hits for Minnesota, which has dropped two straight and five of six. Nelson Cruz, Willans Astudillo and Andrelton Simmons each had two hits. 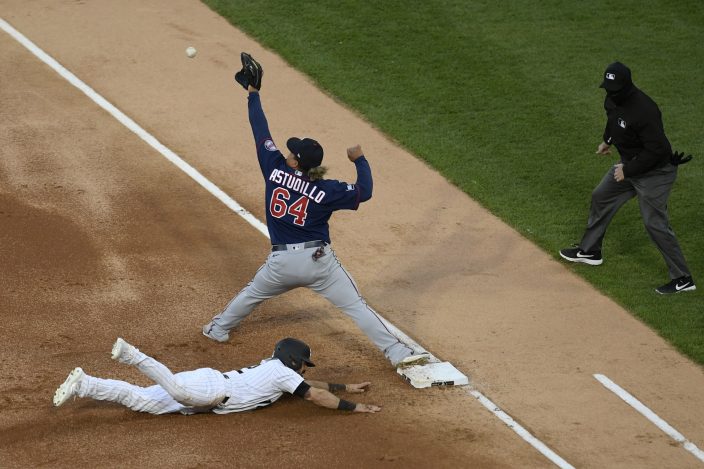 Minnesota Twins first baseman Willians Astudillo (64) catches the throw to double off Chicago White Sox's Adam Eaton (12) at first base during the first inning of a baseball game Tuesday, May 11, 2021, in Chicago. (AP PhotoPaul Beaty)

The Twins took a 3-0 lead in the second, ending Cease’s streak of 14 scoreless innings.

Polanco went deep to right on a 1-2 pitch down the middle with one out.

Trevor Larnach walked after his catchable foul pop dropped between Grandal and Yoán Moncada off the third-base line. 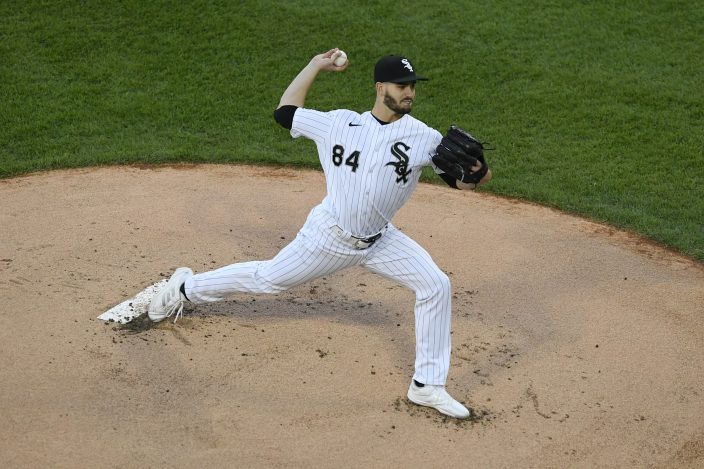 Chicago White Sox starter Dylan Cease delivers a pitch during the first inning of the team's baseball game against the Minnesota Twins on Tuesday, May 11, 2021, in Chicago. (AP PhotoPaul Beaty)

After Astudillo and Simmons each singled to load the bases, Cease hit Ben Rortvedt to force in a run and Luis Arraez followed with a sacrifice fly.

Grandal’s homer to right tied it at 3.

HITCH IN THE ROTATION

White Sox starters had allowed only one earned run and no homers over 29 innings in Chicago’s previous five games.

Minnesota reinstated Luis Arraez from the seven-day injured list (concussion-like symptoms). He led off and started in left field.

To make room on the roster, the Twins optioned INF Nick Gordon to Triple-A St. Paul.

Twins: Manager Rocco Baldelli said rookie 1B/OF Alex Kirilloff is undergoing treatment for his right wrist sprain and may start swinging a bat within a few days. Kirilloff got hurt sliding into second on May 3.