Talen Horton-Tucker made the go-ahead 3-pointer with 21.1 seconds remaining in overtime, and the Los Angeles Lakers improved their hopes of avoiding the play-in tournament and prevented the New York Knicks from clinching a postseason berth with a 101-99 victory Tuesday night.

The Knicks trailed 98-93 with 1:56 remaining, but scored six straight points to grab the lead, including Julius Randle's 3-pointer with 1:11 left. In a game that saw 23 lead changes, Horton-Tucker came up with the big shot when the Lakers needed it most. He scored seven of his 13 points in overtime.

Kyle Kuzma, who missed Sunday’s game due to lower back tightness, led the Lakers with 23 points and Anthony Davis scored 20. 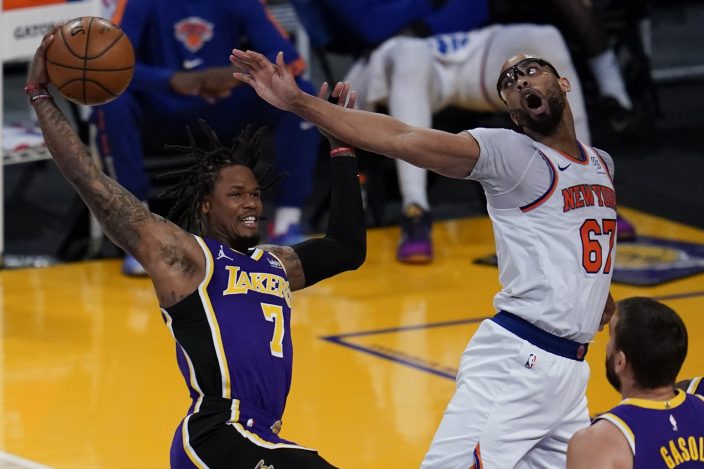 Los Angeles (39-30) is one game behind Portland and Dallas for the sixth seed in the Western Conference with three games remaining in the regular season.

Randle had 31 points and Derrick Rose 27 for the Knicks, who were hoping to clinch their first postseason berth since 2013 with a victory. New York, Atlanta and Miami are all tied at 38-31, but only the Heat have secured their spot in the top six of the Eastern Conference.

The Knicks had a 76-73 advantage going into the fourth quarter and scored nine of the first 11 points in the period to go up 85-75 with 7:39 remaining. The Lakers trailed by seven with 5 minutes left before going on a 9-2 run as Andre Drummond's layup off Kentavious Caldwell-Pope's assist evened it at 89 with 1:56 to go. 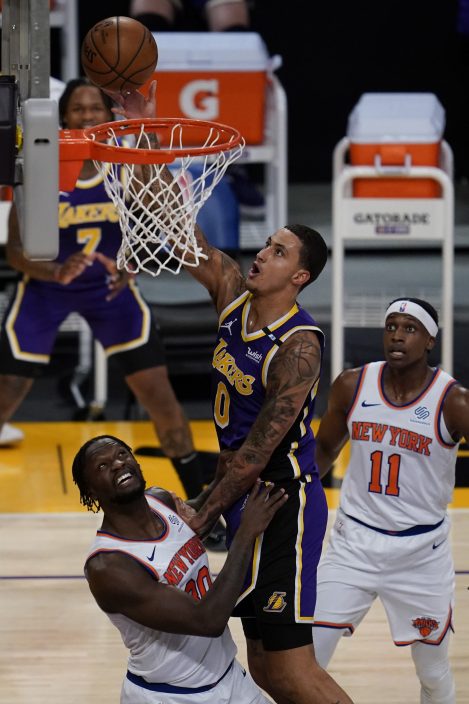 Rose’s jumper with 1:37 remaining put the Knicks up by two, but they were unable to come away with points on their final three possessions. Caldwell-Pope missed a 3-pointer from the corner but Wesley Matthews gathered in the rebound and laid it in to tie it at 91 with 3.1 seconds remaining. After a timeout, Randle missed a driving floater in the lane to send it to overtime.

The Knicks had a 42-40 advantage midway through the second quarter before the Lakers ran off nine straight points — including six by Kuzma — to go up 49-42 with 3:42 remaining. That was the largest lead by any team the first three quarters. 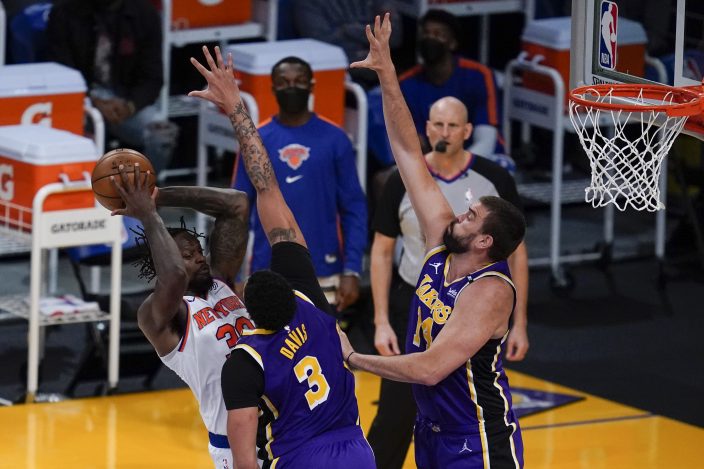 Lakers: Alex Caruso got the start but only played seven minutes in the first quarter due to right foot soreness. ... Drummond (16 points, 18 rebounds) posted his 25th double-double this season, including his seventh since joining Los Angeles on March 28. 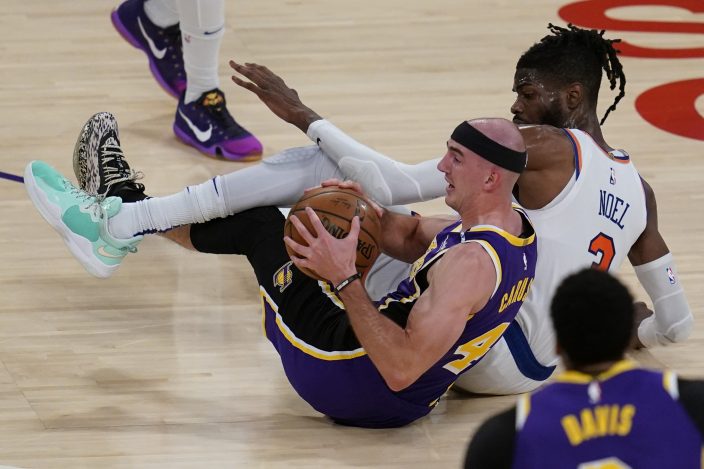 Lakers: Host Houston on Wednesday. Los Angeles will unveil its 2019-20 championship banner before the game. 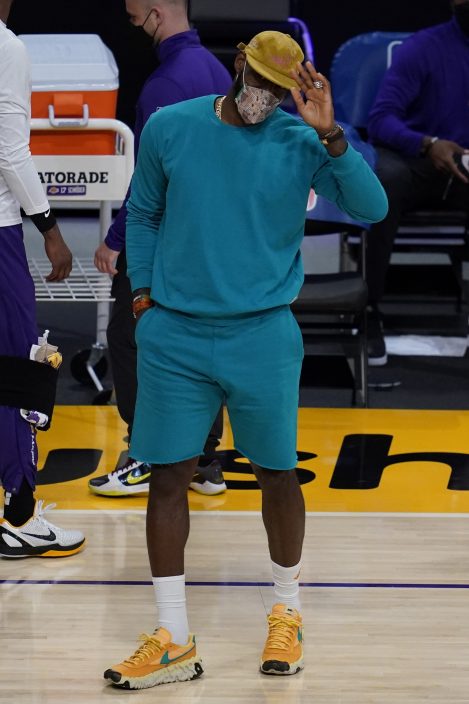 Los Angeles Lakers forward LeBron James (23) waves to a person across the court during the second quarter of a basketball game against the New York Knicks Tuesday, May 11, 2021, in Los Angeles. James did not play. (AP PhotoAshley Landis)