Ajax has melted down its Dutch league trophy to give a tiny silver star to all 42,000 season-ticket holders who were locked out of games during the coronavirus pandemic.

The storied Amsterdam club published movie-like videos Wednesday of the Eredivisie trophy -- a wide silver plate — being torched and recast into small stars. 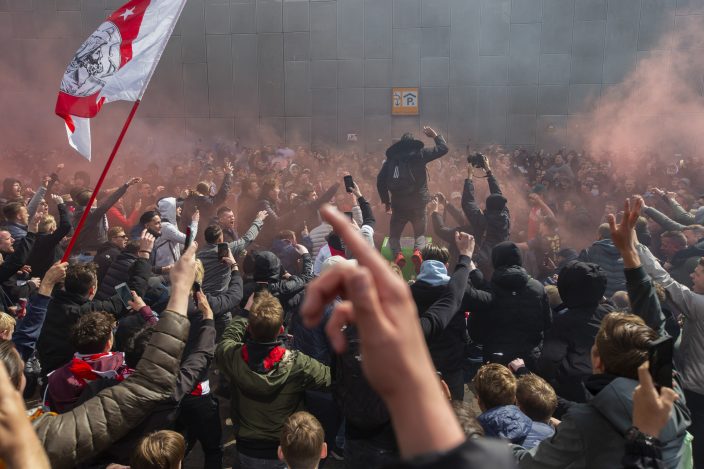 Ajax supporters celebrate outside the Arena as their team scored their second goal in the Dutch Eredivisie Premier League title during the soccer match between Ajax and Emmen at the Johan Cruyff ArenA in Amsterdam, Netherlands, Sunday, May 2, 2021. (AP PhotoPeter Dejong)

“After a turbulent year, we are ensuring our fans feel part of our championship,” said chief executive Edwin van der Sar, arguably the club’s greatest-ever goalkeeper.

“Previously, when we said ‘this title is for you’, we were expressing how we were doing it for the fans. However, sharing the trophy is the ultimate proof that we really are,” Van der Sar said. 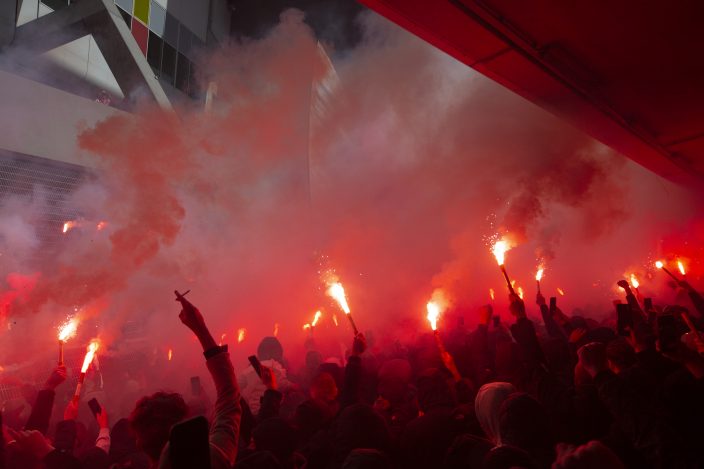 Ajax supporters set off flares as players show the trophy when clinching the Dutch Eredivisie Premier League title after winning the soccer match between Ajax and Emmen with a 4-0 score at the Johan Cruyff ArenA in Amsterdam, Netherlands, Sunday, May 2, 2021. (AP PhotoPeter Dejong)

The Dutch soccer federation gave Ajax a second silver plate as an exceptional gift to display in its trophy cabinet, the club said.

Ajax played 30 of its 34 league games in an empty stadium this season.

The team, which plays in a 55,000-seat arena named after Dutch soccer icon Johan Cruyff, also won the Dutch Cup to complete a double.

The stadium is expected to have 12,000 spectators when it hosts each of four European Championship games next month. They include all three of Netherlands' games in Group C, against Ukraine, Austria and North Macedonia.