The three clubs could be banned from future Champions League or Europa League competitions and fined for refusing to renounce the project which collapsed within 48 hours of being announced last month.

The nine other rebel clubs reached settlements last week to commit to UEFA competitions and pay millions of euros (dollars) in forfeits of future prize money and donations to a UEFA-run charity. 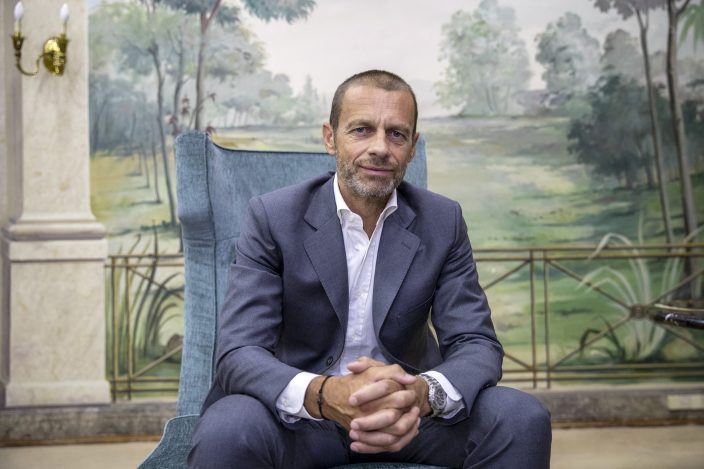 FILE - In this file photo dated Sunday, Aug. 23, 2020, UEFA President Aleksander Ceferin poses for a picture during an interview with The Associated Press in Lisbon, Portugal. Ceferin said Friday April 23, 2021, that the Spanish and Italian clubs still clinging to the Super League must disavow the breakaway or face being banned from the Champions League. (AP PhotoManu Fernandez, FILE)

The focus for inspectors will be “a potential violation of UEFA’s legal framework … in connection with the so-called ‘Super League’ project,” UEFA said.

The European soccer body’s legal statutes include a section “prohibited groupings” of clubs or leagues forming without UEFA’s permission or outside its control.

No timetable was given for the UEFA investigation.

Any UEFA sanctions could be challenged at the Court of Arbitration for Sport.