Liverpool manager Jurgen Klopp has criticized the Premier League for forcing Manchester United to play three games in five days, a schedule logjam which has inadvertently damaged his team’s chances of qualifying for the Champions League.

The postponement of Liverpool’s match at United on May 2 because of fan protests outside Old Trafford led to that game being rearranged for Thursday. United has also had to play against Aston Villa on Sunday and Leicester on Tuesday.

United manager Ole Gunnar Solskjaer fielded a virtual reserve team on Tuesday given the short turnaround and his team lost 2-1, which has improved Leicester's chances of finishing in the top four and making the Champions League at the expense of Liverpool and West Ham. 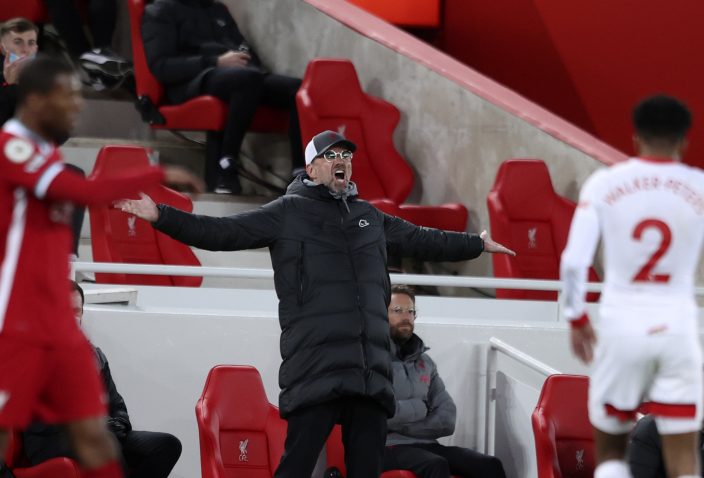 Klopp sympathized with Solskjaer and said he would also have played a weakened team in the circumstances. His unhappiness, instead, was directed at the league.

“To play Sunday, Tuesday, Thursday is a crime,” Klopp said Wednesday. “But that is not the fault of Ole Gunnar Solskjaer and the players. My question to myself was: would I have done the same? Yes. You have to. We are late in the season, all the players played a lot of games.

“The explanation from the Premier League was that no other team should suffer because of the things that happened in Manchester. Let me say it like this — that didn’t work out pretty well (for) West Ham, (for) Liverpool."

Leicester’s win lifted the team into third place, eight points clear of West Ham and nine clear of Liverpool. Leicester has two games left — as opposed to West Ham’s three and Liverpool’s four — but is still a huge favorite to secure one of the four Champions League spots along with champion Manchester City, United and probably Chelsea.

Liverpool must win at United on Thursday to keep alive any realistic hopes of a top-four finish.

“Our plan was to win all the games we played this season, we don’t change that,” Klopp said. “Do we have to take more risks in the last few minutes if it looks a draw? It is possible.”

Klopp fears player welfare at risk by allowing only 3 subs

Klopp says Lampard has much to learn after 'arrogant' jibe

Klopp, the eccentric who put Liverpool back on its perch