The whereabouts of a tiger that was found briefly wandering a Houston neighborhood remained unknown on Wednesday as the Texas man who police allege owns the animal was released on bond.

An attorney for Victor Hugo Cuevas continued to insist to reporters on Wednesday that his client is not the tiger’s owner and like authorities is worried about the animal’s safety.

“We’re going to do everything we can do to try to find this cat and get this cat to a nice, safe place where it can enjoy a nice comfortable life. That’s really what we want to do,” attorney Michael W. Elliott told reporters during a brief news conference outside the Fort Bend County Jail. Cuevas had been booked into the jail Monday night after being charged with evading arrest by Houston police in neighboring Harris County. 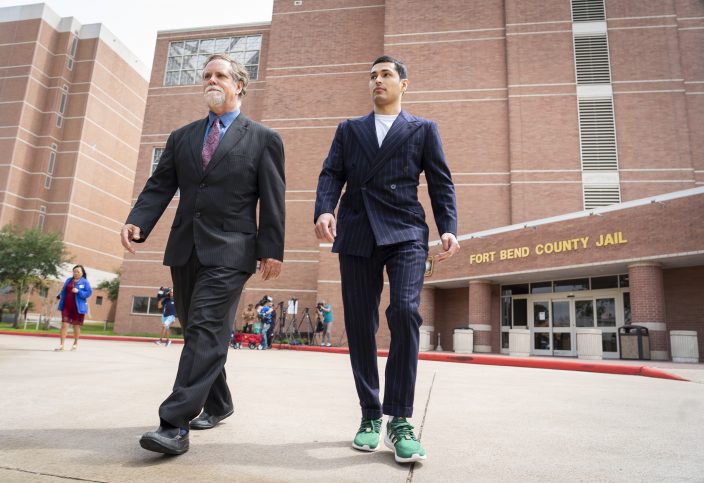 Victor Cuevas, right, walks with his lawyer Michael Elliott after bonding out of jail, Wednesday, May 12, 2021, at the Fort Bend County Jail in Richmond, Texas. Cuevas was arrested Monday after fleeing a Houston Police Officer with a missing tiger in west Houston. Police said Monday that the tiger’s whereabouts are not known. (Mark MulliganHouston Chronicle via AP)

While Elliott has denied Cuevas is the owner or caretaker of the tiger, the attorney has told reporters the animal is a 9-month-old male named India.

Cuevas, 26, who stood next to Elliott, did not speak. Elliott declined to answer questions about who the owner of the tiger could be, saying they would do their own investigation to find the tiger as Houston police had not done a good job. 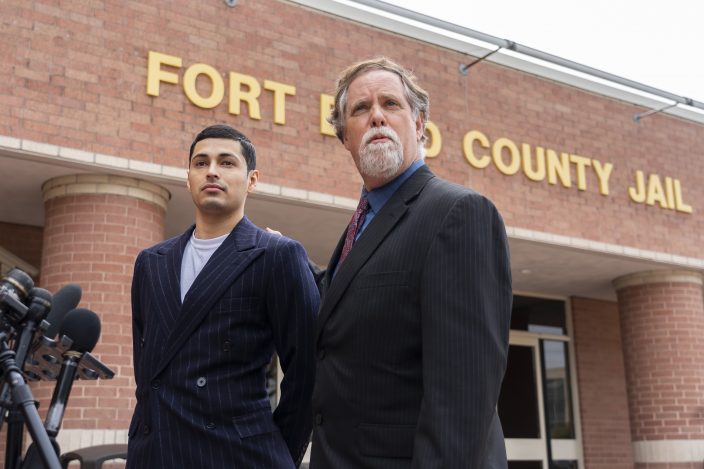 Victor Cuevas appears with his lawyer Michael Elliott after bonding out of jail, Wednesday, May 12, 2021, at the Fort Bend County Jail in Richmond, Texas. Cuevas was arrested Monday after fleeing a Houston Police Officer with a missing tiger in west Houston. Police said Monday that the tiger’s whereabouts are not known. (Mark MulliganHouston Chronicle via AP)

“We all love animals, including my client ... The public wants to know, we want to know to. We want to find India and we’re going to work hard to do that,” Elliott said.

When he was arrested Monday night, Cuevas was already out on bond after being charged with murder in a 2017 fatal shooting of a man outside a restaurant in Fort Bend County. Cuevas has maintained the shooting was self-defense, Elliott said. Cuevas has previously had his bond in the murder case revoked four times and he was set to appear in court on Friday as prosecutors seek to revoke it a fifth time.

The last time anyone had an eye on the tiger was Sunday night when residents in a west Houston neighborhood called police after spotting India outside their homes. Several videos taken by residents showed the tiger coming face-to-face with an armed off-duty Waller County sheriff’s deputy who lives in the neighborhood. The deputy told police he was alerted about the tiger on Nextdoor, a neighborhood-based social media app.

During the encounter, the deputy told Cuevas to get the animal back inside as Cuevas yelled, “Don’t shoot my cat,” according to court documents made public Wednesday. No shots were fired.

The deputy witnessed Cuevas putting the tiger in the back seat of a white Jeep Cherokee before speeding off, evading officers after a brief pursuit, according to court documents.

Having a monkey is not illegal in Houston if the animal is under 30 pounds (13.5 kilograms). Tigers are not allowed within Houston city limits unless the handler, such as a zoo, is licensed to have exotic animals. Texas has no statewide law forbidding private ownership of tigers and other exotic animals.

Search for tiger continues as alleged owner returns to jail