The fans were back at the Foro Italico, the sun was out, and Novak Djokovic's game was clicking.

The top-ranked Serb seemed to enjoy every moment of his 6-2, 6-1 win over Spanish qualifier Alejandro Davidovich Fokina that put him in the Italian Open quarterfinals.

After spectators were banned from the opening rounds of the Rome tournament because of the coronavirus pandemic, capacity was at 25% on Thursday as part of the Italian government's re-opening plan. 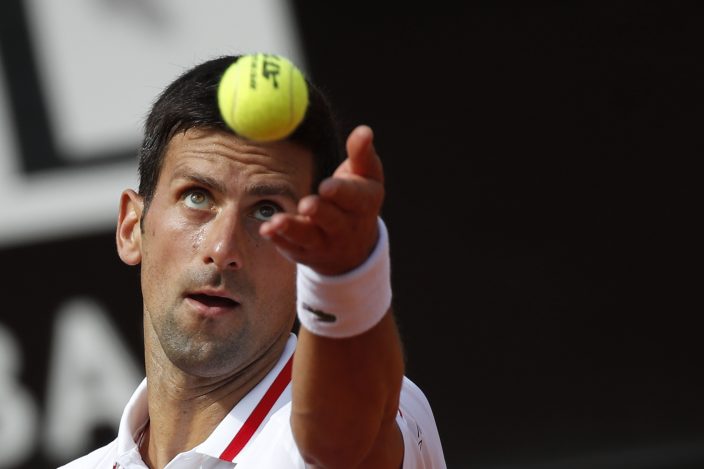 Novak Djokovic serves the ball to Alejandro Davidovich Fokina during their 3rd round match at the Italian Open tennis tournament, in Rome, Thursday, May 13, 2021. (AP PhotoAlessandra Tarantino)

“It was not good, it was great,” Djokovic said. “I missed the crowd as much as anybody else — one of the biggest reasons why I keep on playing.

"So it was nice to see them back and hopefully I can stay in this tournament an extra day to experience the crowd more and more. They definitely gave me great sensations today on the court and I enjoyed it.” 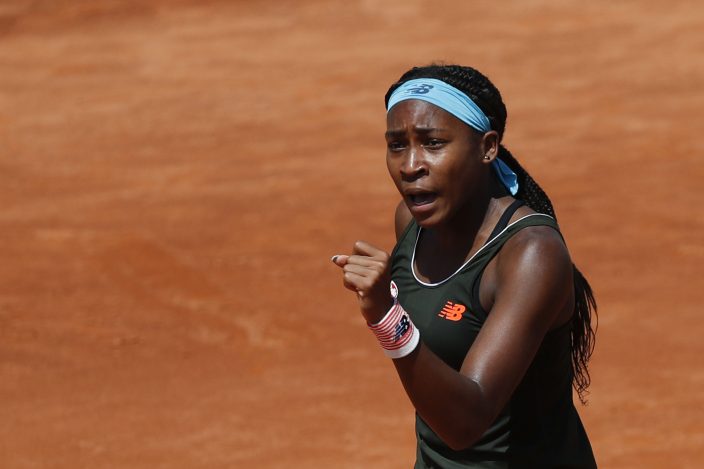 Cori Gauff of the United States reacts after missing a point against Aryna Sabalenka of Belarus during their 3rd round match at the Italian Open tennis tournament, in Rome, Thursday, May 13, 2021. Gauff won 7-5, 6-3. (AP PhotoAlessandra Tarantino)

But Djokovic broke right back and quickly took control.

A five-time champion in Rome — with his last title coming in September when the tournament was moved amid the pandemic — Djokovic is looking to boost his clay-court game before the French Open starts at the end of the month.

It’s been a rough start to the clay season for Djokovic with a third-round loss to Daniel Evans at the Monte Carlo Masters followed by a defeat to Aslan Karatsev in the semifinals of his home tournament, the Belgrade Open. 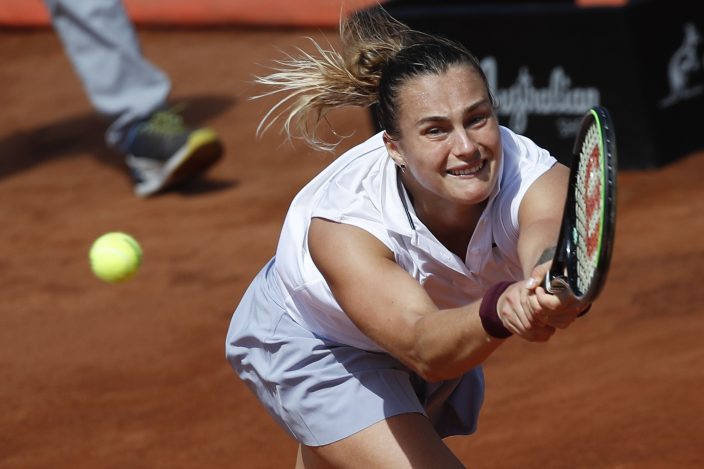 Aryna Sabalenka of Belarus returns the ball to Cori Gauff of the United States during their 3rd round match at the Italian Open tennis tournament, in Rome, Thursday, May 13, 2021. Gauff won 7-5, 6-3. (AP PhotoAlessandra Tarantino)

Djokovic said he played “at least 20-30% better” than he did against Taylor Fritz in his opening match in Rome.

“So I’m on a good trajectory," he said. "And hopefully tomorrow will be even better.” 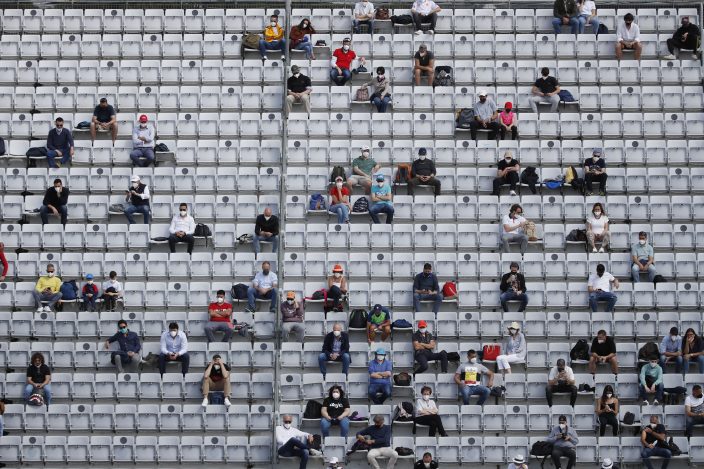 “It’s going to be a battle,” Djokovic said. "Both of these guys are in great form.”

Opelka served 18 aces and won 52 of 69 points on his serve to record his third consecutive straight-set win this week — after entering Rome on a six-match losing streak that included dealing with a bout of COVID-19.

Sabalenka, who overcame Barty in the Madrid Open final on Saturday, committed more than twice as many unforced errors as Gauff — 36 to 17.

It’s the fourth time this season that the 17-year-old Gauff has reached the quarterfinals.

Jessica Pegula, another American, followed up her victory over Naomi Osaka by eliminating Ekaterina Alexandrova 6-2, 6-4.