White Sox first baseman Jose Abreu and Kansas City batter Hunter Dozier were forced to leave after a frightening collision on a popup, and the Royals ended an 11-game losing streak by beating Chicago 6-2 Friday in the opener of a doubleheader.

Salvador Perez hit a three-run homer and Michael A. Taylor had a two-run drive as the Royals stopped Chicago's six-game winning streak.

After popping up in the second inning, Dozier jogged out of the batter’s box with his head down and grazed past catcher Yasmani Grandal. Dozier took another couple of steps and then slammed hard into Abreu as he was tracking the ball, knocking both players to the ground about 20 feet from the plate. 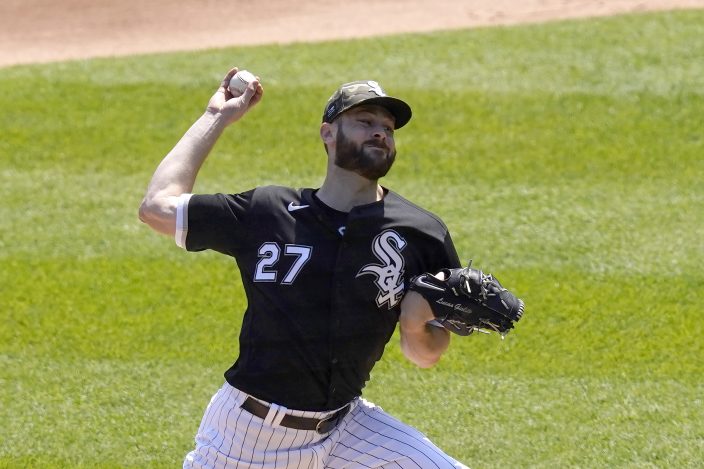 Grandal caught the ball as trainers and medical staffs came onto the field. After few minutes, Abreu got up and left the field walking on his own, but the AL MVP looked dazed with his arms draped around two staffers.

Abreu suffered a facial bruise and cut, along with a bruised left knee. Tests for a concussion were negative and his status was day-to-day.

Dozier had a bruised quadricep and neck discomfort. He also was day-to-day.

When play resumed, Taylor homered on the first pitch from Lucas Giolito (2-4).

Carlos Santana added an RBI for the Royals, who won for the first time since May 1 at Minnesota when they had the best record in the majors.

Giolito scuffled while allowing five hits and walking three in six innings. Abreu and Andrew Vaughn each had sacrifice flies for Chicago, which entered with the best record in the majors.

The White Sox took a 1-0 lead in the first on Abreu’s flyball.

Taylor's homered made it 2-1 and Perez homered in the third.

Vaughn’s sacrifice fly in the fourth cut it to 5-2. Santana singled in the final run in the seventh.

Kansas City recalled RHP Jake Newberry from Triple-A Omaha and optioned LHP Daniel Lynch and C Sebastian Rivero to the farm club. One of the Royals' top prospects, the 6-foot-6 Lynch was 0-2 with 15.75 ERA in his first three major league starts after being recalled on May 3.

Royals: C Cam Gallagher was reinstated from the seven-day IL (concussion) and started the first game. … SS Adalberto Mondesi began a rehab assignment Thursday at Double-A Northwest Arkansas on Thursday and went 0 for 3 with a walk. He has been out since the start of the season (strained right oblique).

Not so long ago, Tadej Pogacar was ...