Bojan Bogdanovic scored 22 points, and the Utah Jazz beat the Oklahoma City Thunder 109-93 on Friday night to inch closer to claiming the top seed in the Western Conference playoffs.

The Jazz entered the night with the league’s best record and a one-game lead on Phoenix in the race for the top seed in the West. Utah can clinch the top seed with a win at Sacramento on Sunday or a loss by Phoenix against San Antonio on Saturday or Sunday.

Jordan Clarkson scored 18 points and Rudy Gobert had 16 points and 18 rebounds for the Jazz, who had lost two straight. All-Star guard Michael Conley returned after missing nine games with a right hamstring injury and scored 10 points in 16 minutes. 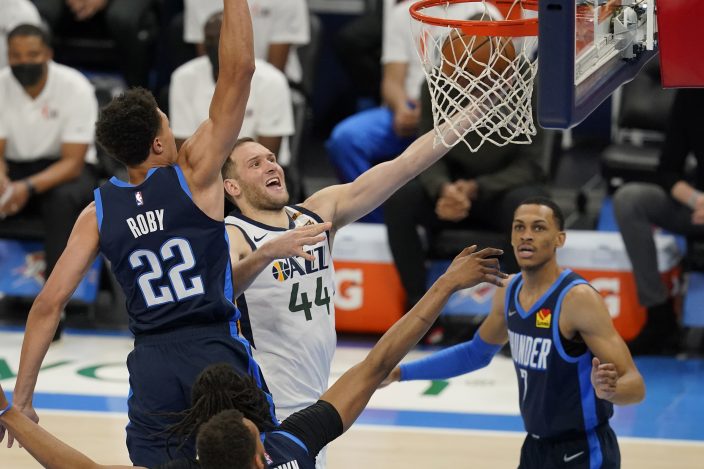 Svi Mykhailiuk scored 19 points, and Theo Maledon and Gabriel Deck each added 18 for the Thunder, who lost their ninth straight. Oklahoma City entered the night tied for the league’s third-worst winning percentage.

The Jazz expanded their lead in the third quarter and took a 92-66 advantage into the fourth. 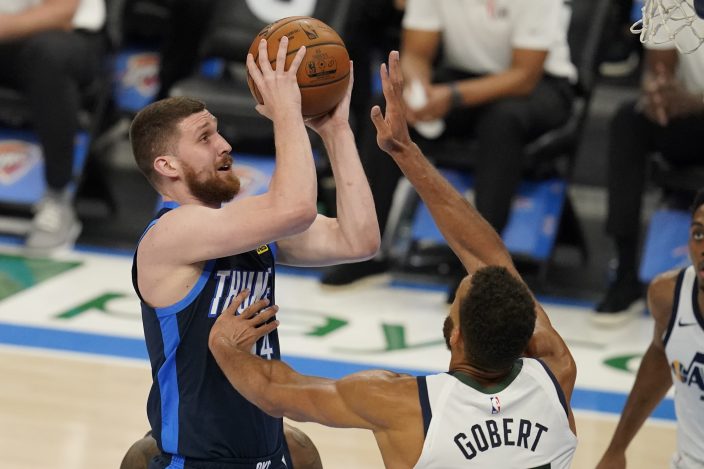 Jazz: Shot 52.4% in the first half. ... All-Star guard Donovan Mitchell was out again with a sprained right ankle. He has been out for about a month. ... Georges Niang scored 11 points.

Thunder: Guard Lu Dort sat out with right patellar tendinitis. ... Maledon took nine shots in the first quarter and made three. ... Had just 13 assists and 17 turnovers. 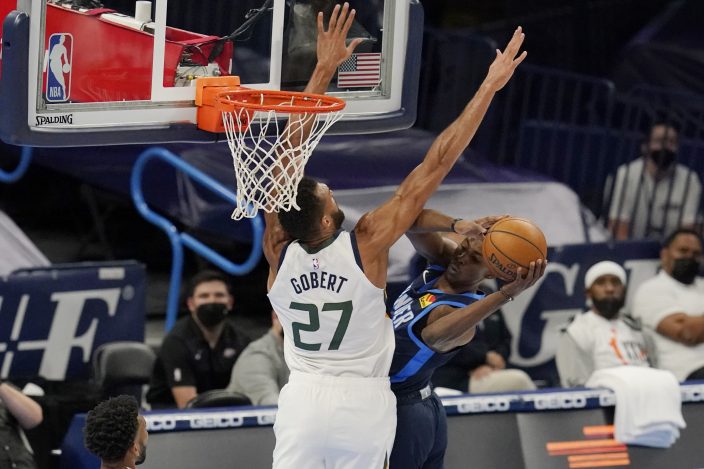 Jazz: Visit the Sacramento Kings on Sunday to close their regular season.

Thunder: Host the Los Angeles Clippers on Sunday to close their regular season.