China has canceled attempts to climb Mount Everest from its side of the world's highest peak because of fears of importing COVID-19 cases from neighboring Nepal, state media reported.

The closure was confirmed in a notice Friday from China’s General Administration of Sport, the official Xinhua News Agency said.

The move reflects the abundance of caution China has taken in dealing with the pandemic. While China has mostly curbed domestic transmission of the coronavirus, Nepal is experiencing a surge with record numbers of new infections and deaths. 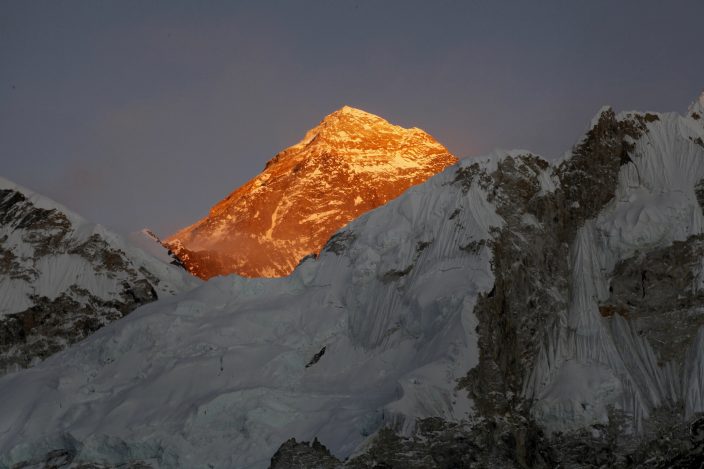 FILE - In this Nov. 12, 2015, file photo, Mt. Everest is seen from the way to Kalapatthar in Nepal. China will draw a “separation line” atop Mount Everest to prevent the coronavirus from being spread by climbers ascending Nepal's side of the mountain, Chinese state media reported Monday. (AP PhotoTashi Sherpa, File)

China had issued permits to 38 people, all Chinese citizens, to climb the 8,849-meter (29,032-foot) -high mountain this spring. Nepal has given permission to 408 people. Climbing was not allowed from either side last year because of the pandemic.

In Nepal, several climbers have reported testing positive for COVID-19 after they were brought down from the Everest base camp.

The month of May usually has the best weather for climbing Everest. Scores have reached the summit this week and more are expected to make attempts later this month once the weather improves. Two climbers have died on the Nepalese side, one Swiss and one American. 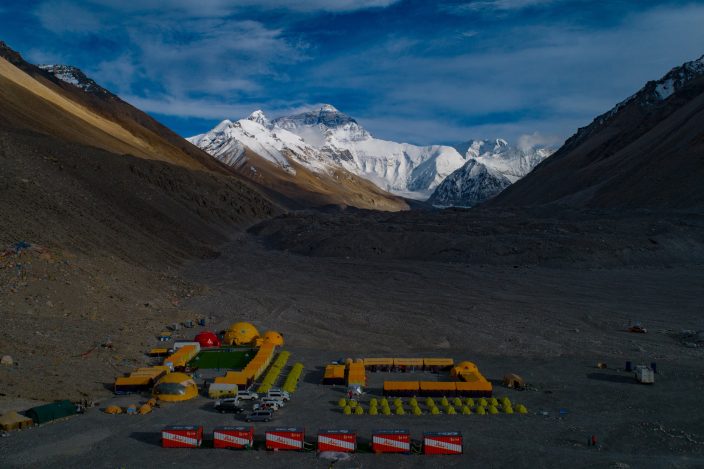 In this aerial photo released by Xinhua News Agency, the Mount Qomolangma, also known as Mount Everest, base camp is seen on May 25, 2020. China will draw a “separation line” atop Mount Everest to prevent the coronavirus from being spread by climbers ascending from Nepal's side of the mountain, Chinese state media reported Monday, May 10, 2010. (Purbu ZhaxiXinhua via AP)

China earlier said it would set up a separation line at the peak and prohibit people on its side from coming into contact with anyone on the Nepalese side. It was unclear how that would be done.