Top-ranked Novak Djokovic regained his cool after throwing his racket off the court in a grueling, rain-delayed 4-6, 7-5, 7-5 quarterfinal victory over Stefanos Tsitsipas at the Italian Open on Saturday.

Djokovic fought back from breaks of his serve in each of the final two sets to reach his eighth consecutive semifinal at the Foro Italico — where he has lifted the trophy five times, most recently last September when the tournament was moved to later in the year because of the coronavirus pandemic.

Djokovic didn’t have much time to rest before he faces home favorite Lorenzo Sonego later Saturday for a spot in the final. 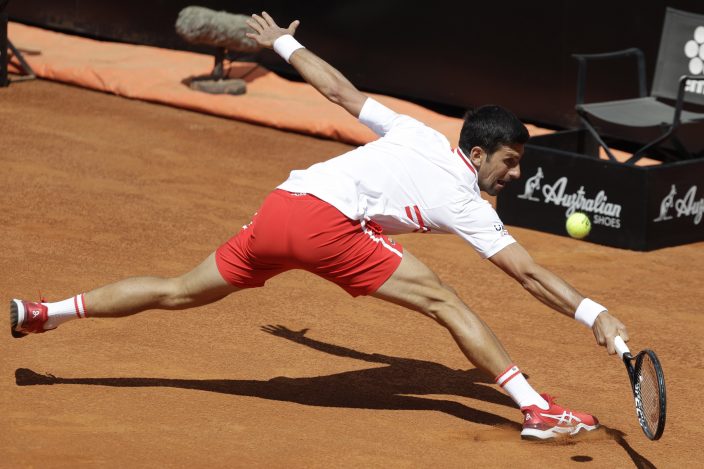 Sonego was backed by a loud crowd when he rallied past seventh-ranked Andrey Rublev 3-6, 6-4, 6-3 to reach his first Masters semifinal. Their match was washed out Friday.

Fans were allowed to fill 25% of capacity as part of the Italian government’s reopening plan. 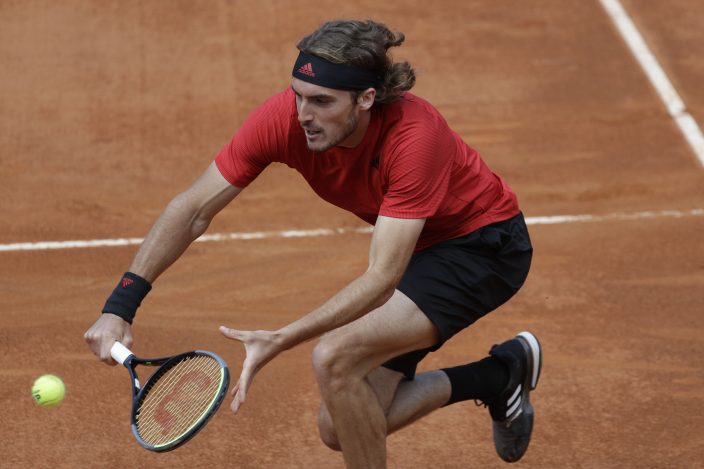 Karolina Pliskova was playing Petra Martic in the other semifinal.

The Djokovic-Tsitsipas match began on Friday but was suspended overnight with Tsitsipas leading 2-1 in the second set and up a break — with play having already been interrupted for 3½ hours due to the intermittent rain. 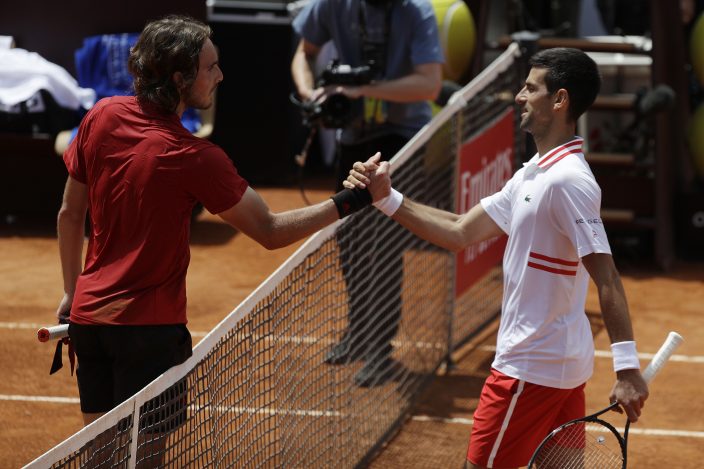 Facing a break point early in the third set, Djokovic attempted a difficult drop shot that landed on top of the net cord and agonizingly bounced back into his side of the court — handing Tsitsipas a 2-1 lead.

Djokovic reacted by throwing his racket angrily into the advertising boards lining the side of the court, which drew a code violation warning for unsportsmanlike conduct from the chair umpire.

Djokovic’s temper was also an issue during his second-round match this week against Taylor Fritz, when he fumed at the umpire for not stopping play soon enough due to rain. 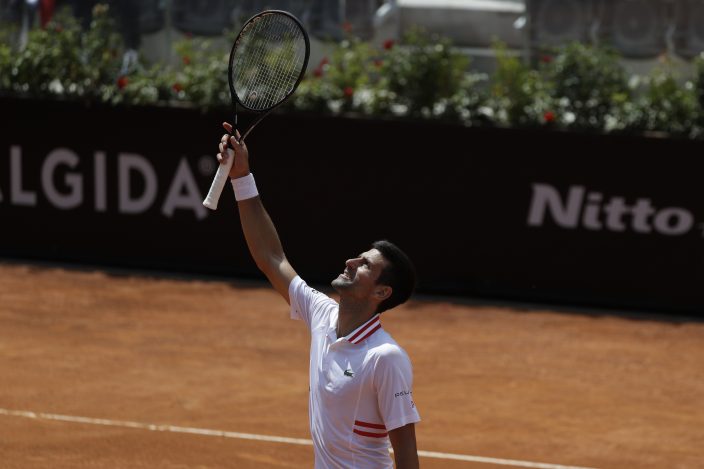 Last year, Djokovic was disqualified from the U.S. Open for unintentionally hitting a line judge in the throat with a ball.

Rahm is best on South Course; Horschel leads at Torrey ...

Top-ranked Jon Rahm closed with an ...