Rafael Devers added a solo shot, Bobby Dalbec hit a two-run double and Franchy Cordero drove in two runs with two doubles for the Red Sox (25-16), who won their third straight and matched their season high by climbing nine games over .500.

Angels star Shohei Ohtani had a rough day, getting cut down on a baserunning blunder after a single in his first at-bat, and striking out his next three. 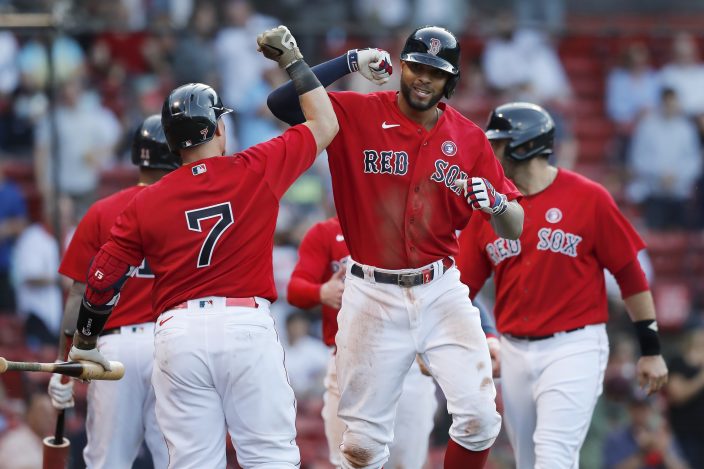 Boston Red Sox's Xander Bogaerts, front right, celebrates his three-run with Christian Vazquez (7) during the fifth inning of a baseball game against the Los Angeles Angels, Saturday, May 15, 2021, in Boston. (AP PhotoMichael Dwyer)

Verdugo snapped an 0-for-14 stretch by sending a fastball from Dylan Bundy (0-5) over Boston’s bullpen. After crossing home plate, he pointed up to the front row of seats on the Green Monster, where about a half-dozen fans, with most wearing his jersey, were cheering wildly and holding birthday signs. 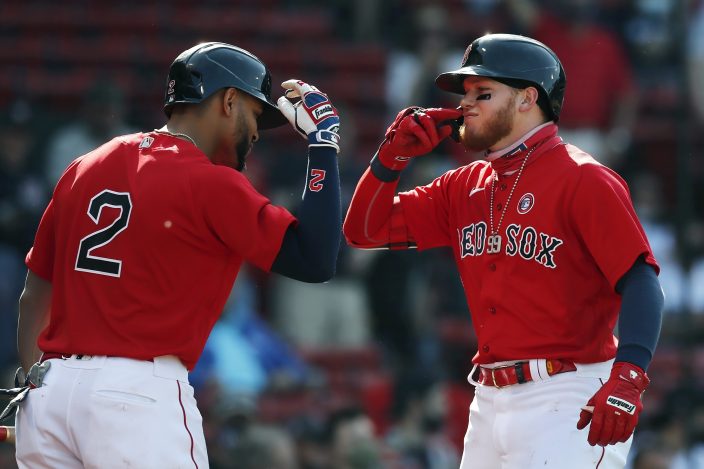 Boston Red Sox's Alex Verdugo celebrates his solo home run with Xander Bogaerts (2) during the first inning of a baseball game against the Los Angeles Angels, Saturday, May 15, 2021, in Boston. (AP PhotoMichael Dwyer)

Bogaerts chased Bundy with his shot that left Fenway Park completely over the Monster seats, giving the Red Sox a 7-0 lead in the fifth.

Bundy was tagged for seven runs in four innings, raising his ERA to 6.02. 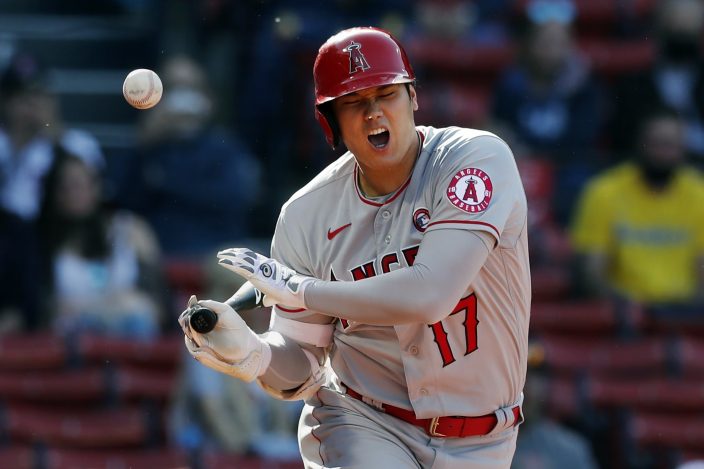 Los Angeles Angels' Shohei Ohtani fouls off during the third inning of a baseball game against the Boston Red Sox, Saturday, May 15, 2021, in Boston. (AP PhotoMichael Dwyer)

Ohtani singled down the left-field line and headed toward second before noticing teammate Taylor Ward standing near the bag. Ohtani broke back but was easily tagged out in a rundown.

He struck out swinging in his second at-bat after fouling a ball off his foot and walking around gingerly. 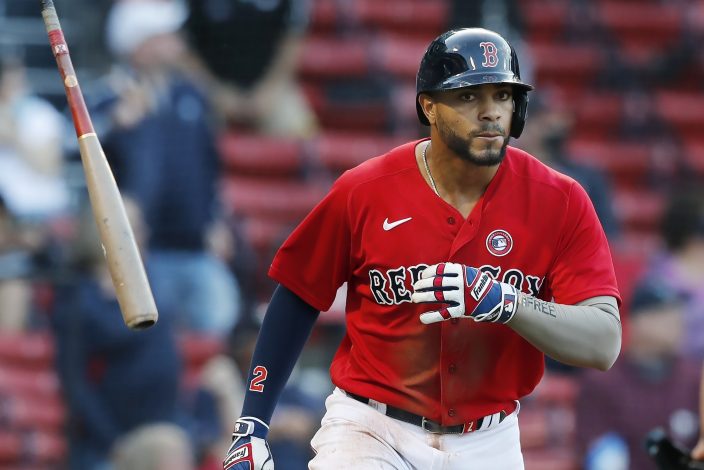 Boston Red Sox's Xander Bogaerts tosses his bat after hitting a three-run home run during the fifth inning of a baseball game against the Los Angeles Angels, Saturday, May 15, 2021, in Boston. (AP PhotoMichael Dwyer)

The Red Sox had scored just nine total runs while Pérez was in the game in his seven previous starts. They put up eight on Saturday.

WHAT DO YOU THINK?

Red Sox reliever Adam Ottavino revealed sometimes he’ll ask a teammate on the field what they think he should throw in a big spot. He said it started with teammates Troy Tulowitzki and DJ LeMahieu when they played together in Colorado. 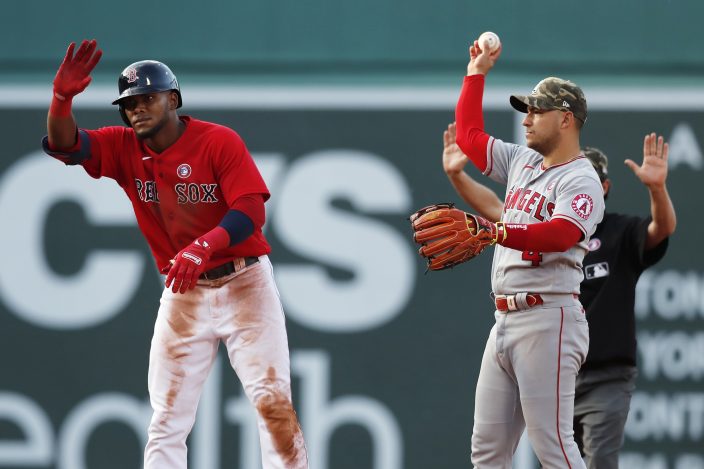 “I’ve been doing it a long time in my career,” he said before the game. “Sometimes you hear it from the great players, and it gives you confidence to throw the pitch with maybe a little more conviction.”

In his first year with Boston, he has started taking advice from Bogaerts. On Friday, he used it — striking out Ohtani with a slider. 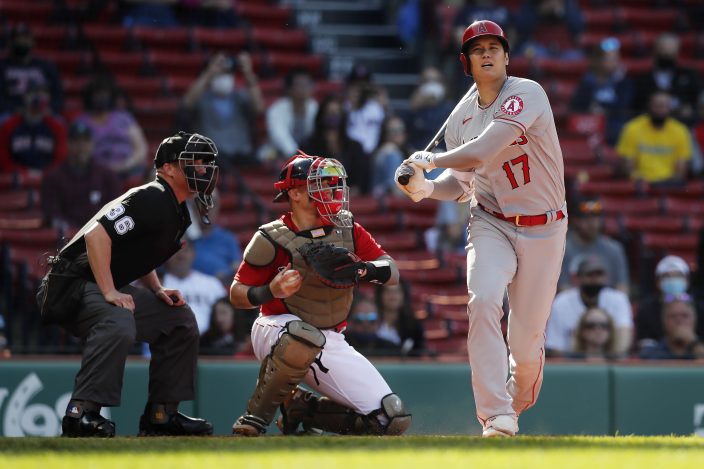 Angels: Hoping to improve the majors’ worst staff with a 5.21 ERA entering Saturday, they acquired RHP Hunter Strickland from the Rays for a player to be named or cash.

Red Sox: RHP Garrett Whitlock was placed on the COVID-19 related injured list. Manager Alex Cora said was “under the weather” after receiving his second vaccine shot. ... INF/OF Kiké Hernández (right hamstring strain) was the DH Saturday and is scheduled to play the outfield Sunday in a rehab assignment with Triple-A Worcester.