A look at what's happening around the majors on Sunday:

Albert Pujols didn’t have to travel far to find a new opportunity -- released by the Angels, the 41-year-old slugger has reached a deal up the freeway with the Los Angeles Dodgers. 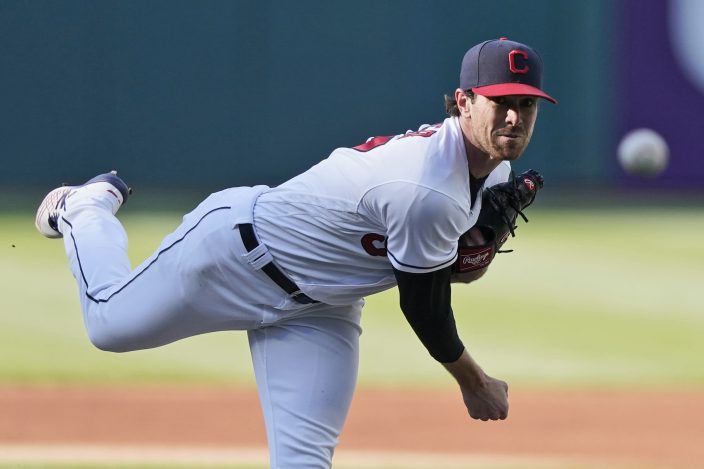 Cleveland Indians starting pitcher Shane Bieber delivers in the first inning of a baseball game against the Chicago Cubs, Tuesday, May 11, 2021, in Cleveland. (AP PhotoTony Dejak)

Pujols is expected to finalize the agreement Monday. The oldest player in the majors batted .198 this season with five homers and 12 RBIs for the Angels.

The three-time NL MVP is fifth in major league history with 667 career homers and 13th with 3,253 hits.

Pujols left Anaheim hoping to play every day for another team, but that might be tough with the World Series champions. The Dodgers have veteran Max Muncy as their regular first baseman and also former NL MVP Cody Bellinger, who’s been out with a leg injury. The Dodgers, however, have not hit well against left-handed pitching and hope the righty-swinging Pujols can provide some pop. 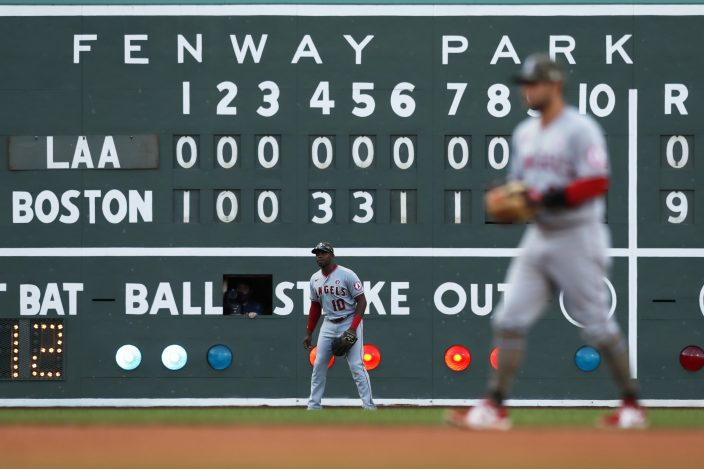 Los Angeles Angels' Justin Upton (10) and David Fletcher play against the Boston Red Sox during the eighth inning of a baseball game, Saturday, May 15, 2021, in Boston. (AP PhotoMichael Dwyer)

Pujols is making $30 million this year, and the Dodgers will pay him only the pro-rated portion of the major league minimum salary for the rest of the season, roughly $420,000. The rest will be paid by the Angels.

The reigning AL Cy Young Award winner is tied with Tampa Bay’s Tyler Glasnow for the big league lead with 85 strikeouts, doing it in just 55 innings. Bieber (4-2, 2.95 ERA) has fanned at least eight in a record 20 straight games.

Bieber labored in his last outing, throwing 121 pitches in 6 2/3 innings against the Cubs. He’ll start in Seattle as Kelenic wraps up his first weekend in the bigs.

Xander Bogaerts and the Red Sox try for a three-game sweep when they take on Mike Trout and the slumping Angels at Fenway Park.

Two-time All-Star catcher Jonathan Lucroy has found another job, this time signing a minor league deal with the Atlanta Braves.

The 34-year-old Lucroy will give Atlanta depth with Travis d’Arnaud out for a while after thumb surgery and Alex Jackson sidelined by a hamstring injury. The Braves currently have catcher William Contreras and Jeff Mathis on the roster -- the club had signed Tyler Flowers, but he later announced his retirement.

Lucroy hit .357 (5 for 14) for Washington this season before being released. He has now been with 10 different organizations since 2017.

LEADING OFF: Alonso's big allegation, Zombro out of hospital

LEADING OFF: Cole vs Donaldson gets sticky, Texas cuts Davis

LEADING OFF: Yankees, Cards slumping, all eyes on Philly net

LEADING OFF: Yankees, Cards slumping, all eyes on Philly net