For all the hype surrounding Medina Spirit coming off his victory at the Kentucky Derby, fellow Bob Baffert-trained Concert Tour was a popular pick to win the Preakness.

Instead, he fell flat.

Concert Tour finished an inexplicable ninth in the 10-horse field, ahead of only D. Wayne Lukas' long shot, Ram. A horse who once looked like Baffert's best 3-year-old this year was never in contention in the second leg of the Triple Crown. 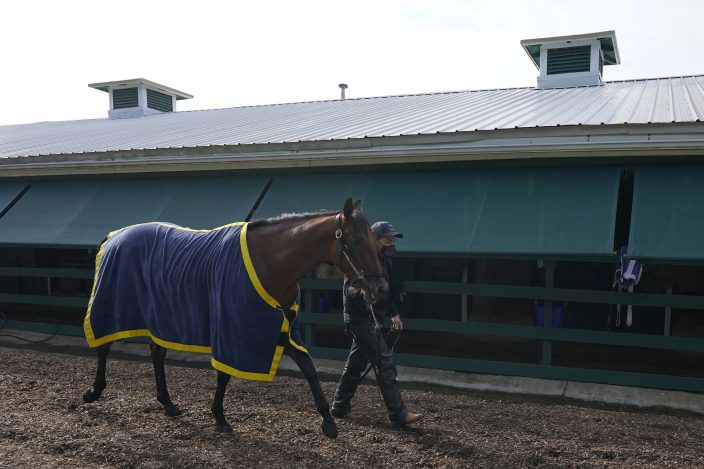 “I am at a loss for words,” said jockey Mike Smith, who rode Midnight Bourbon in the Kentucky Derby and switched to Concert Tour for the Preakness. “He didn't seem to participate at all down the backside. He just wasn't going anywhere, and when I put my hands down, he just backed off. It was very strange.”

With Baffert staying away from Pimlico Race Course because of the controversy surrounding Medina Spirit's failed post-Derby drug test, assistant Jimmy Barnes was left to saddle two horses in the race. He wondered if it was Concert Tour's “chance to shine” after skipping the Derby.

Concert Tour didn't go out to the lead as expected and never challenged, as 11-1 long shot Rombauer pulled off the upset. 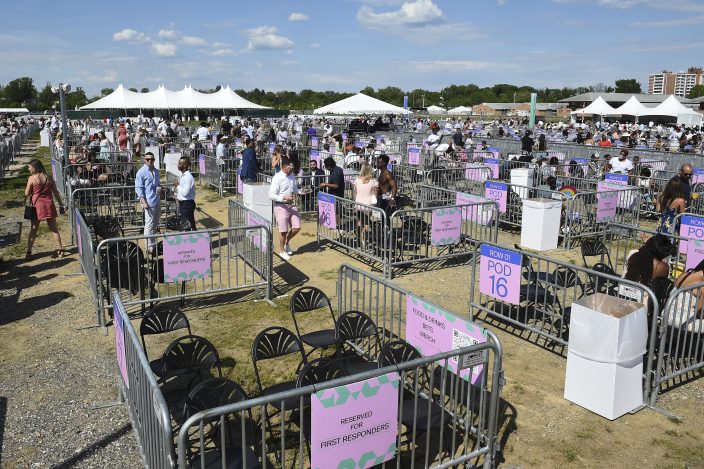 Socially distanced areas are seen near a stage during a concert in the infield during the 146th Preakness Stakes horse race at Pimlico Race Course, Saturday, May 15, 2021, in Baltimore. (AP PhotoWill Newton)

“(Smith) said he was out of horse turning for home,” Barnes said.

It's a second consecutive disappointing result for Concert Tour, whose third-place finish in the Arkansas Derby on April 10 led Baffert and owner Gary West to skip the Kentucky Derby with eyes on the Preakness. Much like the last week, that didn't work out so well for Baffert.

Jockey Flavien Prat finally got to hit the wire first in a Triple Crown race. It's technically his second victory, but this one he got to enjoy at the finish line.

While Todd Pletcher's longtime assistant, Michael McCarthy, celebrated Preakness victory with his first Triple Crown starter, the Hall of Fame trainer fell to 0 for 10 in the race as Unbridled Honor finished sixth.

“I'm very, very happy for him.” Pletcher said of McCarthy. “He deserved it. ... I was rooting for him if we couldn't do it.”

This Preakness was run in front of fans, but not the crowd of 100,000-plus that usually packs Pimlico. Instead, attendance was capped at 10,000.

Racetrack employees held up signs reminding fans to wear masks — still a rule in Baltimore and at Pimlico on the day Maryland dropped its mask mandate for vaccinated people. Actual adherence to that was spotty at best.

A record $112.5 million was bet on races at Pimlico on Preakness day, shattering the previous mark of $99.8 million wagered two years ago when War of Will won. Neither Maximum Security nor Country House ran in that race.