A tiger that frightened residents after it was last seen briefly wandering around a Houston neighborhood has been found and appears to be unharmed, police announced Saturday evening.

In a short video tweeted by Houston police, Cmdr. Ron Borza can be seen sitting next to the tiger, petting the animal and saying it has been a long week searching for it.

“But we got him and he’s healthy,” Borza said as a woman next to him fed the tiger with a baby bottle. The tiger was being held at BARC, the city of Houston’s animal shelter. 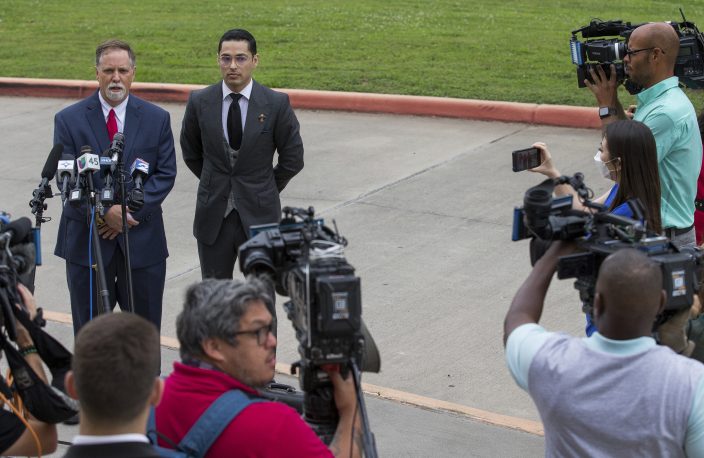 Victor Hugo Cuevas, a 26-year-old linked to a missing tiger named India, and his attorney Michael Elliott, left, talk to reporters before entering Fort Bend County Justice Center for a bond revocation hearing on a separate murder charge, on Friday, May 14, 2021, in Richmond, Texas. (Godofredo A. VásquezHouston Chronicle via AP)

Houston police were expected to offer more details on how they found the tiger at a news conference later Saturday evening.

Authorities had been searching for the tiger, a 9-month-old male named India, since it was spotted Sunday in a west Houston neighborhood. At the time, it was nearly shot by an off-duty deputy before being whisked away in a car by Victor Hugo Cuevas, who police allege is the owner.

Cuevas’ attorney, Michael W. Elliott, has insisted his client doesn’t own the tiger but only took care of the animal on occasion for the actual owner. Elliott said he only knew the first name of the owner and had been working with authorities to find India. 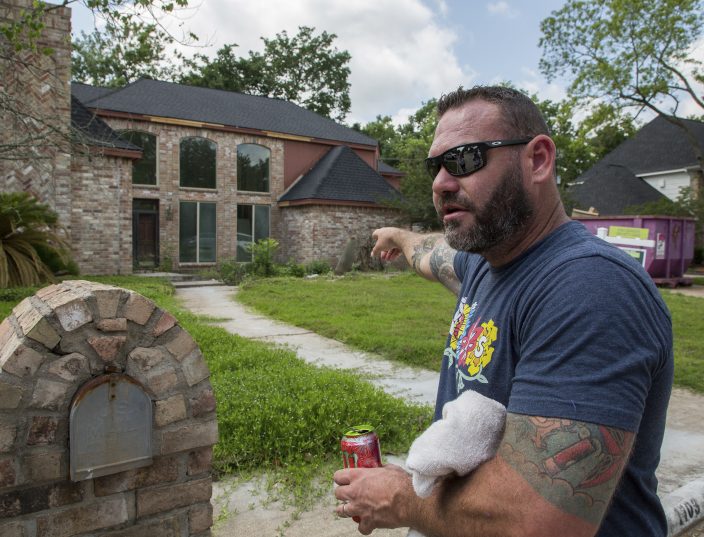 Waller County Sheriff's Office Deputy Wes Manion talks about his encounter with a tiger the night before on the 1100 block of Ivy Wall Drive, Monday, May 10, 2021, in Houston. Manion, who was off-duty at the time, arrived shortly after seeing posts by neighbors. (Godofredo A. VásquezHouston Chronicle via AP)

Cuevas was arrested Monday by Houston police and charged with evading arrest for allegedly fleeing his home with the tiger after officers had responded to a call about a dangerous animal.

At the time of his arrest by Houston police, Cuevas was already out on bond for a murder charge in a 2017 fatal shooting in neighboring Fort Bend County. Cuevas has maintained the shooting was self-defense, Elliott said. 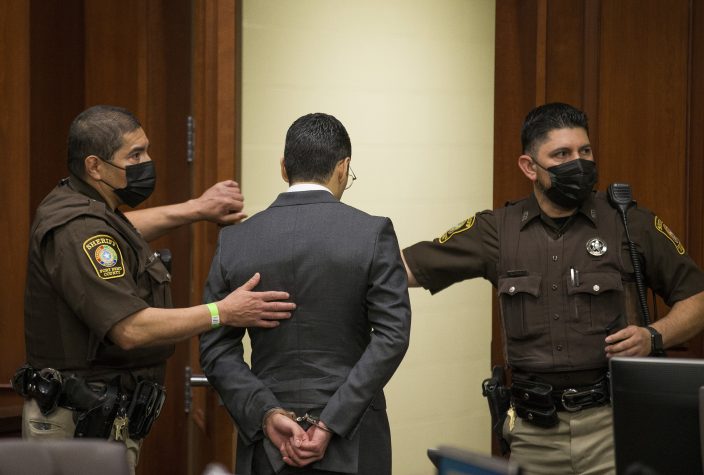 Victor Hugo Cuevas, a 26-year-old linked to a missing tiger named India, is taken into custody after his bond in a separate murder charge was revoked and reset at $300,000 at Fort Bend County Justice Center on Friday, May 14, 2021, in Richmond, Texas. (Godofredo A. VásquezHouston Chronicle via AP)

During Friday’s court hearing, Waller County Sheriff’s Office Deputy Wes Manion, who lives in the Houston neighborhood where the tiger was seen, testified he interacted with the animal for about 10 minutes to make sure it didn’t go after someone else. He said Cuevas came out of his house yelling, “Don’t kill it,” grabbed the tiger by the collar and kissed its head before leading it back inside his home.

Elliott has said Cuevas did nothing illegal as Texas has no statewide law forbidding private ownership of tigers and other exotic animals. Tigers are not allowed within Houston city limits under a city ordinance unless the handler, such as a zoo, is licensed to have exotic animals.