Salvador Perez hit a three-run homer for the second straight day, and the Kansas City Royals handed Carlos Rodón his first loss of the season with a 5-1 victory over the Chicago White Sox on Saturday night.

Whit Merrifield had two hits and scored twice as the Royals got to Rodón (5-1) for four runs in the first three innings. The left-hander allowed two earned runs in 31 innings while winning his first five starts of the year, including a 3-0 victory at Kansas City in his previous start on May 7.

The big blow was Perez's ninth homer, an opposite-field drive on a 96-mph fastball up and out of the zone in the third. The veteran catcher also hit a three-run shot during Kansas City's 6-2 victory over Chicago in the opener of Friday's doubleheader. 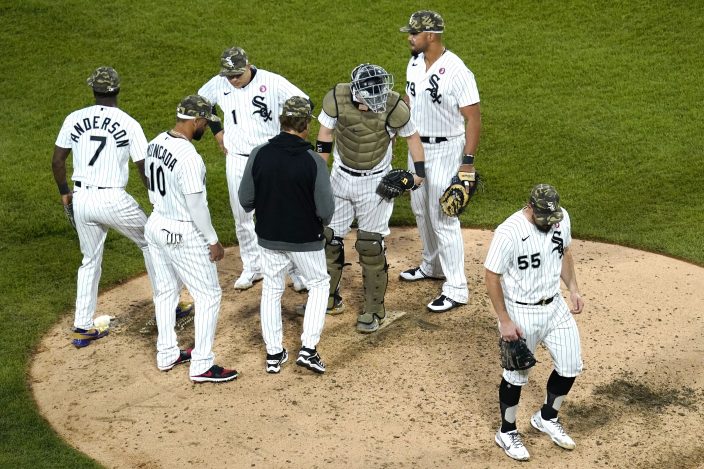 Chicago White Sox starting pitcher Carlos Rodon (55) walks to the dugout after turning the ball over to manager Tony La Russa during the sixth inning of a baseball game against the Kansas City Royals in Chicago, Saturday, May 15, 2021. (AP PhotoNam Y. Huh)

The early run support was more than enough for Mike Minor (3-2), who pitched seven innings of two-hit ball in his first win since April 23. The left-hander struck out seven and walked two.

He got some help from his defense when Jarrod Dyson robbed Andrew Vaughn with a terrific catch in left for the second out of the seventh.

Carlos Santana homered in the ninth for Kansas City. Scott Barlow and Josh Staumont each got three outs, finishing a four-hitter. 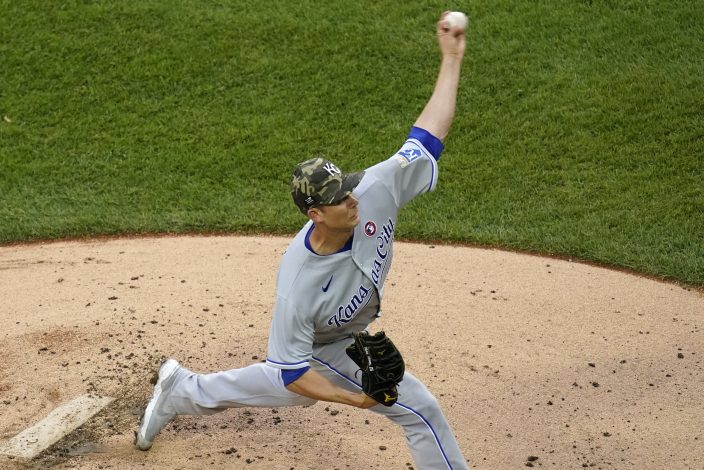 The AL Central-leading White Sox dropped to 22-2 since the start of last season when their opponent starts a left-handed pitcher. Their only other loss occurred on April 11 when Minor got a no-decision in Kansas City's 10-inning victory.

José Abreu accounted for Chicago's only run with his eighth homer on the ninth pitch of his at-bat in the fourth. The drive to left gave him 33 RBIs on the year and 704 for his career, snapping a tie with Magglio Ordóñez for 10th on the franchise list.

Abreu was back in the starting lineup after he got hurt in a collision with Kansas City’s Hunter Dozier in Game 1 on Friday. The reigning AL MVP suffered a facial bruise and cut, along with a bruised left knee. Tests for a concussion were negative. 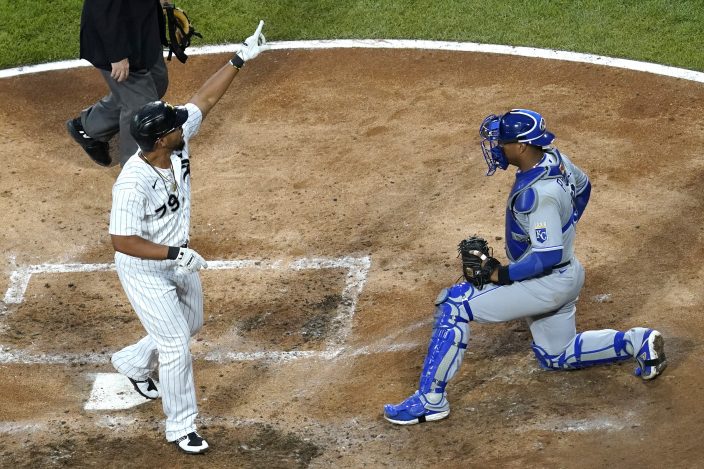 The White Sox announced they have passed the 85% COVID-19 vaccination threshold for Tier 1 players and staff. That means some of MLB’s coronavirus protocols will be relaxed for the team, including some movement restrictions on trips.

White Sox: C Zack Collins was shaken up after he was hit by Santana's backswing in the first inning. But Collins stayed in the game.

Right-handers Brady Singer (1-3, 4.18 ERA) and Dylan Cease (2-0, 2.80 ERA) start the series finale Sunday. Singer struggled in his previous start for Kansas City, allowing four runs and seven hits in 3 1/3 innings in a no-decision at Detroit. Cease is 2-0 with a 1.50 ERA in his last three starts for Chicago.