Jacob Stallings hit a two-out, two-run homer in the ninth inning and the Pittsburgh Pirates rallied past the San Francisco Giants 8-6 on Saturday night.

Stallings had a two-out, two-run double that capped four-run comeback in the seventh that made it 6-all.

Adam Frazier singled to lead off the Pittsburgh ninth and was thrown out at the plate when he tried to score on Bryan Reynolds' one-out double. Reynolds took third on the play, and trotted home when Stallings sent a drive into the left-field bleachers off Jake McGee (1-1). Kevin Newman hit an RBI single and another run scored on a wild pitch as the Pirates rallied in the seventh.

Pirates closer Richard Rodriguez (2-0) allowed a two-out single to Brandon Crawford in the ninth before getting Mauricio Dubon to pop out.

Pittsburgh has won four of seven games since losing eight of its previous nine. The Pirates beat the NL West-leading Giants on Friday night on a walkoff sacrifice by Gregory Polanco in the 11th inning. 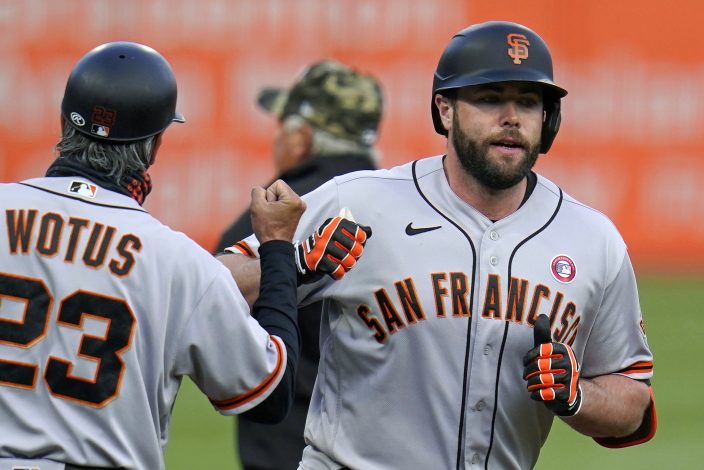 Pittsburgh manager Derek Shelton was ejected for the first time this season while arguing balls and strikes in the eighth.

Darin Ruf and Brandon Crawford hit home runs off Tyler Anderson to put the Giants ahead 3-0 in the first. Mike Tauchman hit a two-run homer off reliever Kyle Keller for a 6-2 lead in the sixth. 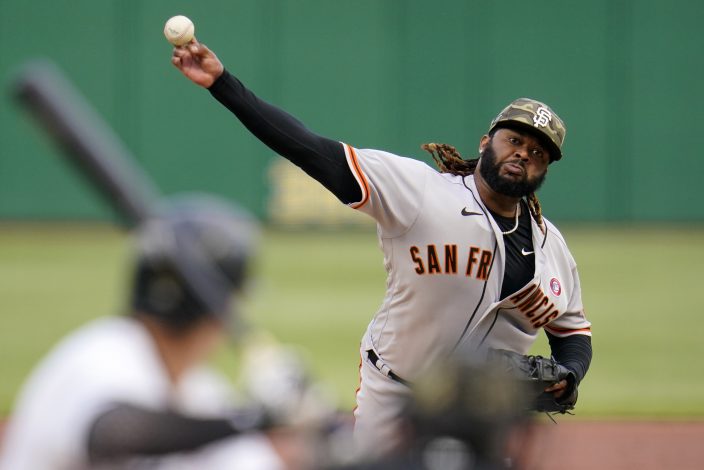 The Pirates optioned RHP Miguel Yajure to Triple-A Indianapolis and recalled Keller from Indianapolis. Yajure one-hit the Giants through five shutout innings in his start Friday, his second in the majors. 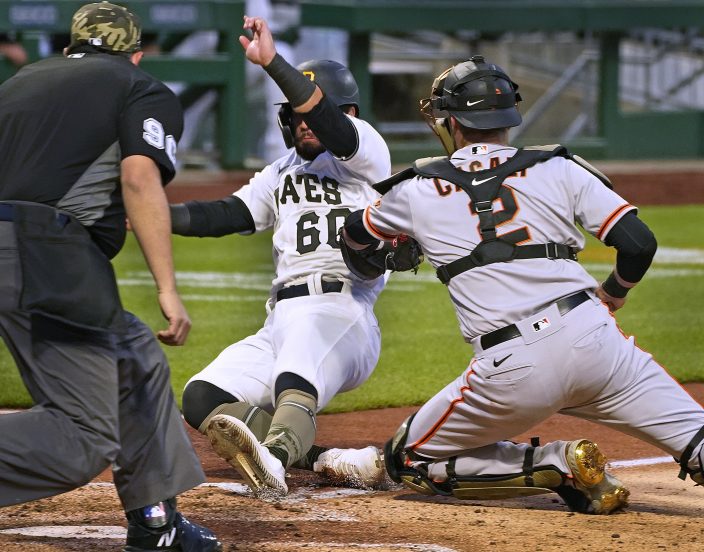 Giants: OF Mike Yastrzemski did not play because of side soreness after colliding with the right-field wall Friday. He is not expected to be out long-term, manager Gabe Kapler said.

Pirates: 1B Colin Moran (groin) fielded ground balls hit directly at him for the first time Saturday, Shelton said. He was placed on the 10-day injured list Sunday.

Giants LHP Alex Wood (4-0, 1.80 ERA) will look to keep cruising as he faces Pirates RHP Mitch Keller (2-4, 7.81) on Sunday. Wood hasn’t allowed more than two runs in five starts this season. Keller lasted 3 1/3 after getting tagged for seven runs his last time out against the Cincinnati Reds on Monday.