Eduardo Escobar hit a three-run homer, a two-run homer and tied a career high with seven RBIs to lead the Arizona Diamondbacks over the Washington Nationals 11-4 on Saturday night.

Escobar broke the game open in the fourth when he launched a full-count, two-out pitch from Joe Ross deep into the right field seats that made it 6-2. He added a two-run shot off Austin Voth in the eighth and started the D-backs' scoring with a two-run single in the first.

The homers were Escobar's eighth and ninth of the season. Escobar had seven RBIs one other time in his career, also against the Nationals in 2019. 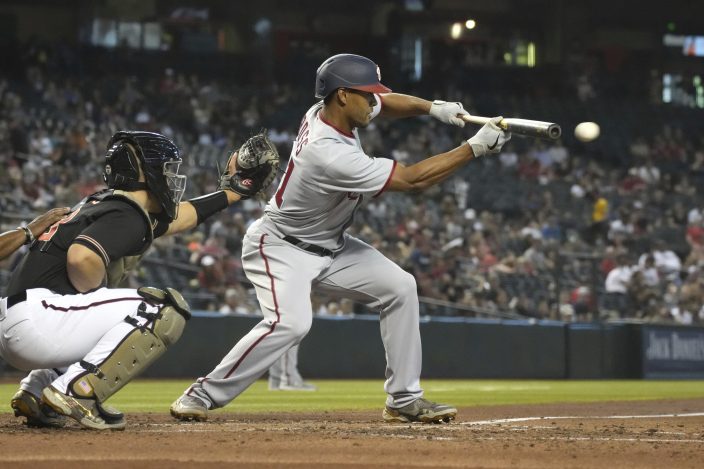 Washington Nationals Joe Ross (41) lays down a sacrifice bunt against the Arizona Diamondbacks during the second inning of a baseball game Saturday, May 15, 2021, in Phoenix. (AP PhotoRick Scuteri)

It was a much-needed win for the D-backs, who had lost nine of 11 coming into Saturday and got crushed 17-2 by the Nationals on Friday night. Arizona got a little payback and now is 18-22 this season while the Nationals dropped to 15-20.

Arizona's Seth Frankoff threw 4 2/3 innings in his first MLB start. The 32-year-old righty gave up two runs on three hits, walked four and struck out four. Washington loaded the bases with two outs in the fifth, but Alex Young (1-3) relieved Frankoff and struck out Kyle Schwarber on three straight pitches.

Ross (2-3) struggled from the outset, giving up four straight hits to start the game and three runs in the first. He gave up eight earned runs over four innings and his ERA ballooned to 5.80 for the season.

Arizona Diamondbacks Pavin Smith rounds third on the way to scoring against the Washington Nationals during the first inning during a baseball game Saturday, May 15, 2021, in Phoenix. (AP PhotoRick Scuteri)

Trea Turner, Josh Harrison and Juan Soto all had two hits for the Nationals. Soto had two RBIs. 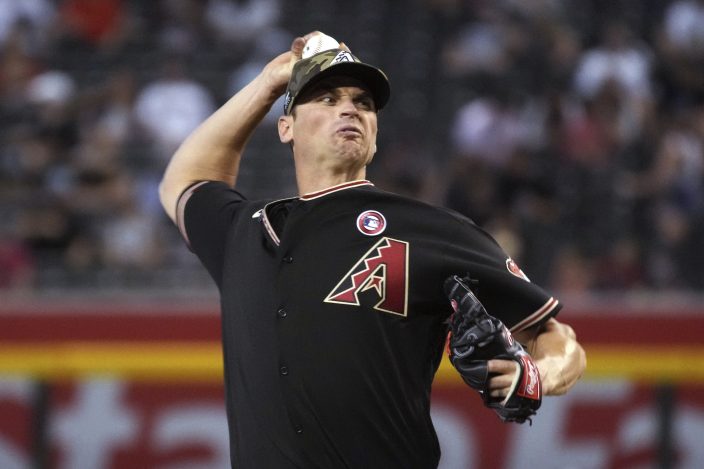 Arizona Diamondbacks pitcher Seth Frankoff throws against the Washington Nationals during the first inning of a baseball game Saturday, May 15, 2021, in Phoenix. (AP PhotoRick Scuteri)

They're also down two starting pitchers and three relievers.

“It’s unfortunate,” Kelly said. “You never want to see guys get hurt. It stinks that it’s all happening at the same time.” 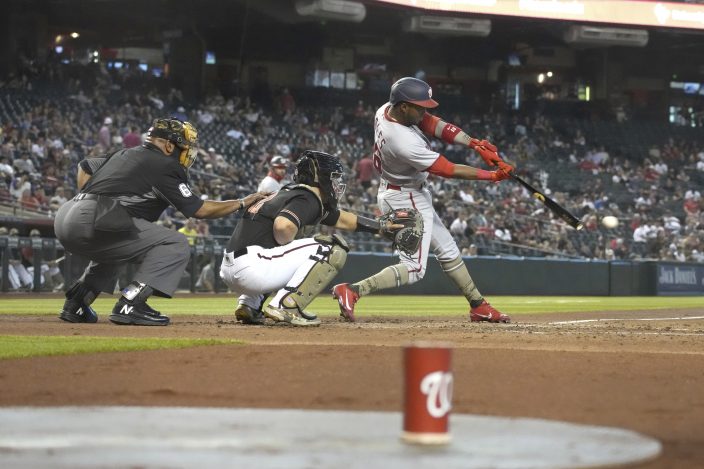 The 26-year-old Kelly has been arguably the D-backs' best player this season, batting .338 with six homers through 28 games. Kelly said he's hoping to get the swelling out of his foot and then be able to return after missing just a minimum of 10 days.

The D-backs called up infielder Domingo Leyba and relievers Joe Mantiply and Yoan López from Triple-A to take the place of Kelly, Bukauskas and Devenski.

Nationals: Victor Robles started and played center field without any issues one day after leaving the game early. He was hit in the right hamstring with a pitch.