Nick Castellanos hit a tiebreaking double in the 12th and the Cincinnati Reds kept up their success in extra innings, beating the Colorado Rockies 6-5 on Saturday night.

Castellanos also homered and singled to help Cincinnati improve to 7-2 in extra-inning games this season. Lucas Sims (3-1) pitched two innings for the win.

Jesse Winkler was at second base to start the 12th and Castellanos hit a pitch from Antonio Santos (0-1) to the wall to make it 5-4. Pinch-hitter Nick Senzel singled and Eugenio Suarez had an RBI groundout. 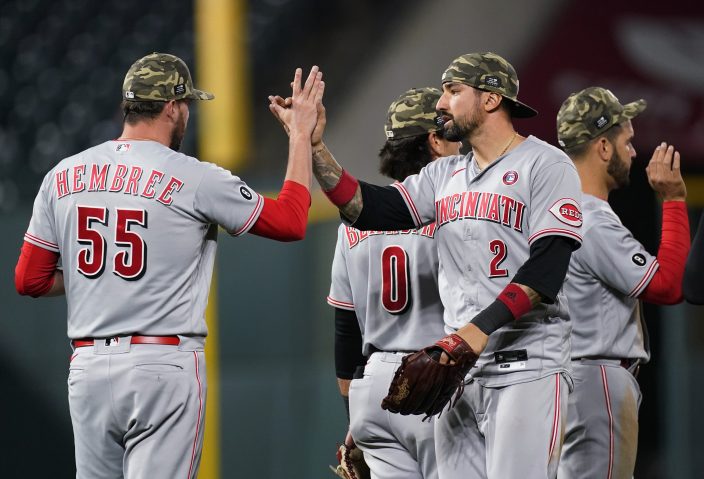 Colorado got a run on Raimel Tapia’s groundout in the bottom of the inning off Heath Hembree, who earned his first save.

Kyle Farmer hit a two-run homer in the Reds 11th and Josh Fuentes tied it with a double to drive in a pair in the bottom half.

The teams combined for 36 runs in the first two games, and early it looked like another big scoring night. 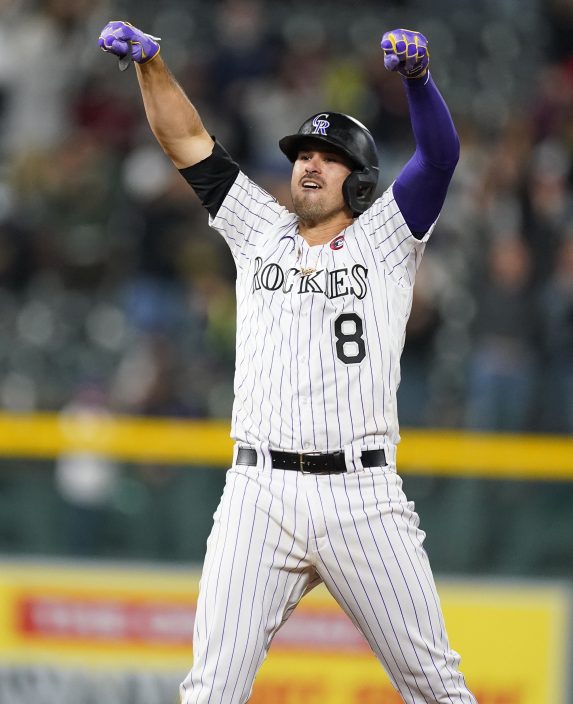 Ryan McMahon hit his ninth homer to put the Rockies ahead 2-0 in the first. Castellanos responded with a two-run shot in the third off Jhoulys Chacin, his 10th.

The pitching took over from there. Cincinnati starter Tyler Mahle settled down after the first inning to blank the Rockies on five hits over the next six innings and worked out of a jam in the seventh.

Mahle allowed two runs on seven hits and struck out four in his seven innings. 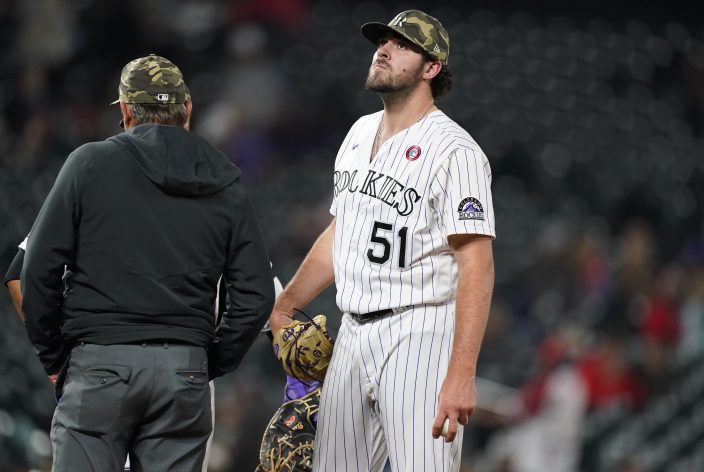 Colorado Rockies relief pitcher Ben Bowden waits to be pulled from the mound after he issued a walk to Cincinnati Reds' Jonathan India during the 11th inning of a baseball game Saturday, May 15, 2021, in Denver. (AP PhotoDavid Zalubowski)

Reds: INF Mike Moustakas (heel contusion) did not play. ... OF Scott Heineman was added to the taxi squad for the last two games of the series.

Rockies: OF Charlie Blackmon wasn’t in the starting lineup due to a mild right groin strain suffered Friday night. ... INF Brendan Rodgers (right hamstring) went 2 for 3 for Triple-A Albuquerque on Friday night in a rehab assignment.

Jhoulys Chacín, normally in the role of long reliever, made a spot start for Colorado and allowed two runs on four hits in four innings. It was his first start for the Rockies since June 28, 2014, and in between he pitched for six teams over six seasons.

Chacin threw 53 pitches and got nine of his 12 outs on ground balls, including one double play. The other three were retired with strikeouts.