Werder Bremen has fired Florian Kohfeldt as coach and reappointed Thomas Schaaf in his place in a last-ditch effort to avoid Bundesliga relegation.

Bremen, which dropped into the demotion zone Saturday with a loss at Augsburg, said Sunday that the 60-year-old Schaaf is returning for its final Bundesliga game against Borussia Mönchengladbach and two potential relegation playoff games.

Bremen could face automatic relegation next Saturday if Cologne beats already relegated Schalke. Cologne is just a point behind Bremen, which currently occupies the two-legged playoff place against the team that finishes third in the second division. The winner will play in the Bundesliga next season. 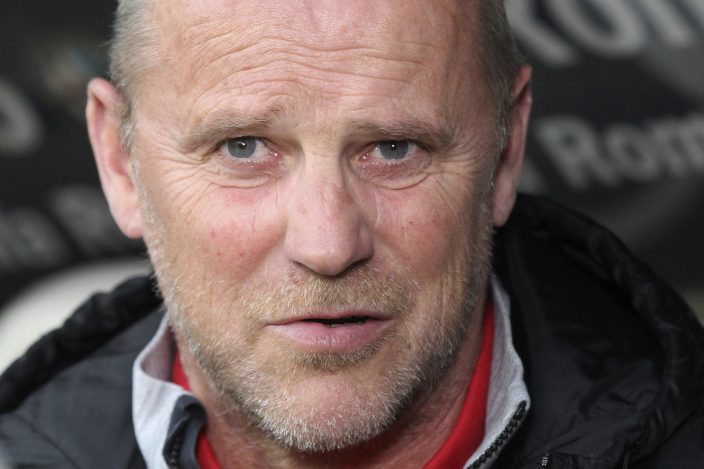 FILE - In this April 17, 2015 taken file photo Frankfurt's head coach Thomas Schaaf watches his team during a German first division Bundesliga soccer match between Eintracht Frankfurt and Borussia Moenchengladbach in Frankfurt, Germany. Werder Bremen has fired coach Florian Kohfeldt one matchday before the end of the season. Former coach Thomas Schaaf will coach the team until the end of the season. (AP PhotoMichael Probst, file)

Bremen could yet escape the relegation zone altogether with a draw against Gladbach, depending on Arminia Bielefeld’s result at Stuttgart. Bielefeld is a point ahead of Bremen, which has a better goal difference than its two relegation rivals.

“In the present circumstances there is a consensus that a change is necessary in order to avoid relegation. We would like to thank Florian for everything he has done for Werder and wish him all the best,” Bremen’s sporting director Frank Baumann said.

Kohfeldt had been in charge since October 2017 and helped save the team from relegation last year. But the team hasn’t won in nine league games. Eight of those ended in defeat. 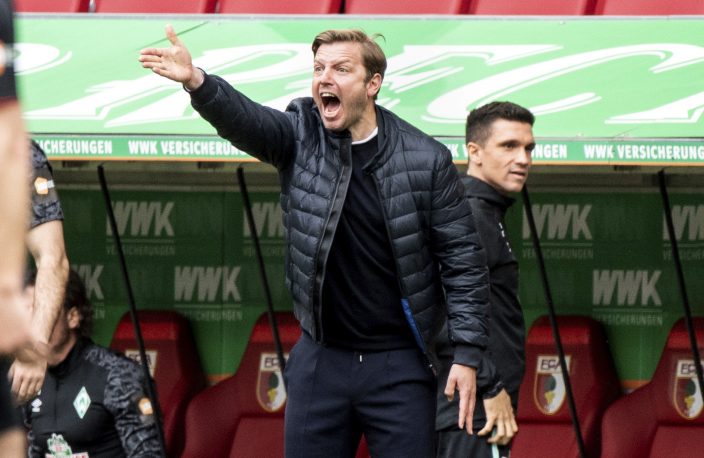 “We’re glad that Thomas has agreed to take on the task of coaching the club in such precarious circumstances,” Baumann said. “We hope that he will be able to use his experience and prepare the players in the best possible way for the last game of the season.”

Schaaf said it was “a huge challenge of course, but we still have every chance of staying in the league.”