Harry Kane endured a frustrating match in his bid to win the Premier League’s Golden Boot for the third time despite scoring in Tottenham’s 2-0 win over Wolverhampton on Sunday.

Kane’s 45th-minute goal moved him to a league-leading 21 for the season — one clear of Liverpool’s Mohamed Salah — but the England captain also struck the post twice and had an effort cleared off the line.

Kane has two games left while Salah has three, starting with West Bromwich Albion later Sunday. Kane was the league’s top scorer in the 2015-16 and 2016-17 seasons. 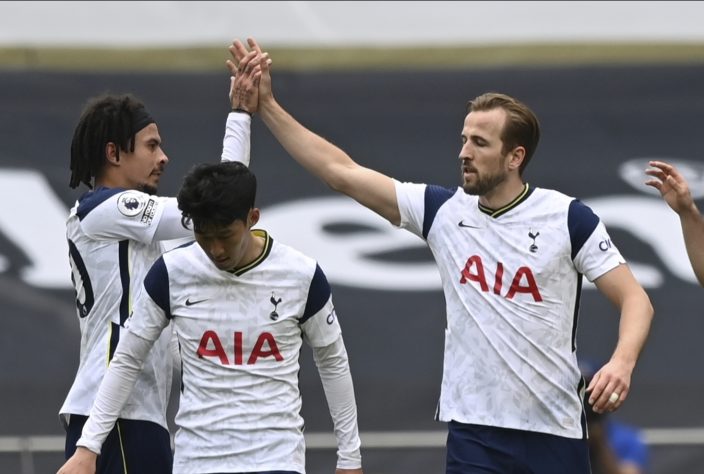 Pierre-Emile Hojbjerg, who set up Kane for the opening goal with a piercing through-ball, added the second in the 64th minute by tapping in a rebound from close range after Gareth Bale’s shot was saved.

Tottenham moved into sixth place, above West Ham on goal difference, and still has a mathematical — if highly unlikely — chance of finishing in the top four in the race for Champions League qualification. The team is five points behind fourth-place Chelsea.

Kane could easily have had a hat trick at Tottenham Hotspur Stadium, with the striker curling a long-range shot from distance against the base of the post in the fifth minute and then beating goalkeeper Rui Patricio to a high ball only to see his header cleared off the line by backpedaling defender Conor Coady. 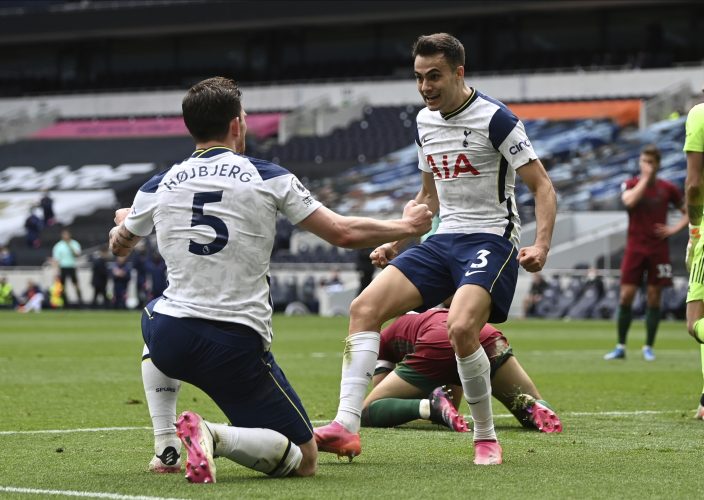 Off a sharp counterattack early in the second half, Dele Alli slipped a ball through for Kane but his low shot was tipped onto the post by Patricio. Alli latched onto the rebound but struck the follow-up against the other post.

In Iran's subdued election, many voters appear to ...