Boston closer Matt Barnes (1-1) retired the first two batters in the ninth before giving up a bloop single to Mike Trout.

Ohtani followed with his major league high-tying 12th home run, tucked just inside the Pesky Pole in right field. It was Ohtani's second homer of the series and stopped Boston's three-game winning string. 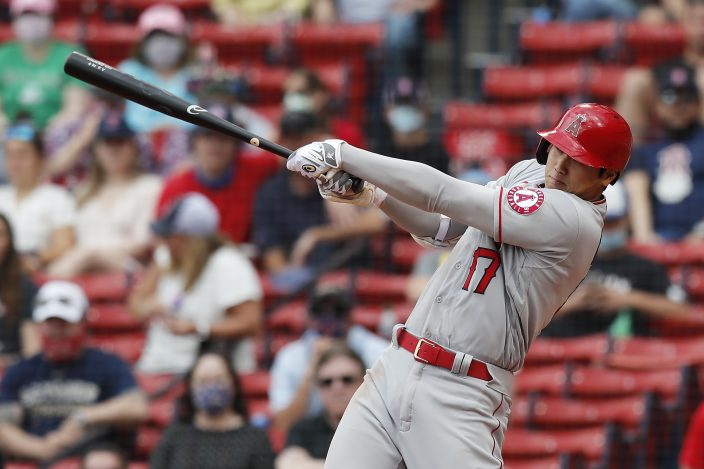 Los Angeles Angels' Shohei Ohtani follows through on a fly out during the seventh inning of a baseball game against the Boston Red Sox, Sunday, May 16, 2021, in Boston. (AP PhotoMichael Dwyer)

Raisel Iglesias (2-2) pitched a scoreless eighth and Mike Mayers recorded his second save of the season.

Drew Butera's two-run single capped a four-run second off Nathan Eovaldi that put the Angels ahead 4-0.

Rafael Devers hit a three-run drive and Kevin Plawecki hit his first homer in a four-run fifth that gave Boston a 5-4 lead. 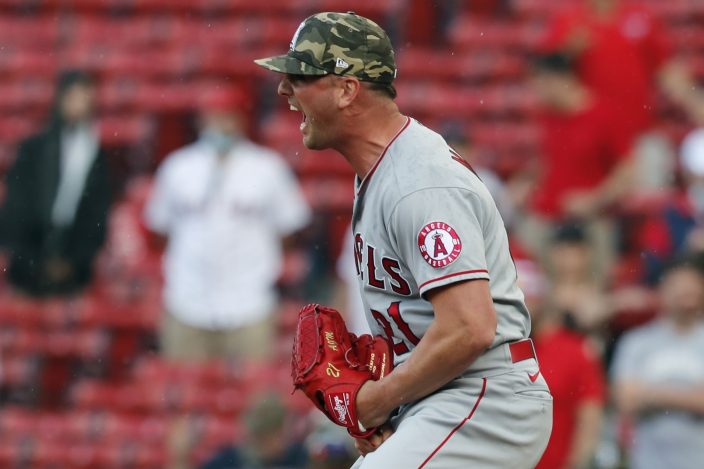 Angels: Ohtani’s next pitching start has been pushed back a day, to Tuesday against Cleveland, because of fatigue. ... OF Justin Upton was not in the lineup. Manager Joe Maddon said it was a scheduled day of rest… INF David Fletcher was not in the starting lineup because he is dealing with what Maddon called an issue in the groin/hip area…RHP Alex Cobb (right middle finger blister) is progressing and could return later in the week. 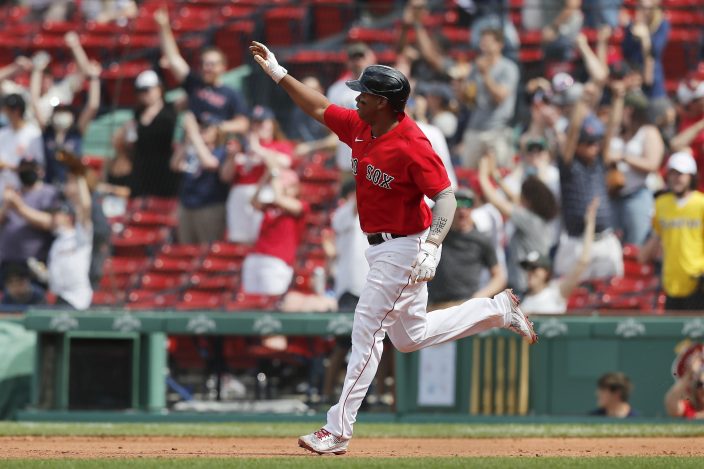 Boston Red Sox's Rafael Devers rounds the bases on his three-run home run during the fifth inning of a baseball game against the Los Angeles Angels, Sunday, May 16, 2021, in Boston. (AP PhotoMichael Dwyer) 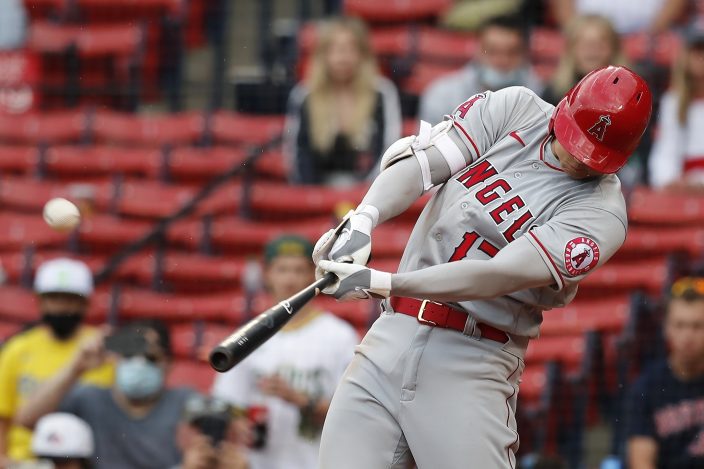 Los Angeles Angels' Shohei Ohtani hits a two-run home run during the ninth inning of a baseball game against the Boston Red Sox, Sunday, May 16, 2021, in Boston. (AP PhotoMichael Dwyer)

Red Sox: After an off-day Monday, Boston faces Toronto for the start of a six-game road trip. Boston LHP Eduardo Rodriguez (5-1, 4.15 ERA) and Toronto LHP Hyun Jin Ryu (3-2, 2.95) are scheduled to face off for the second time this season. Rodriguez earned the win on April 20 at Boston, with six strikeouts in six innings, while Ryu took the loss, allowing four runs in five innings.