Chas McCormick had a two-run single as part of a four-run eighth, Lance McCullers Jr. threw six scoreless innings and the Houston Astros won their sixth straight, 6-2 over the Texas Rangers on Sunday.

Houston loaded the bases with one out in the eighth on singles by José Altuve, Carlos Correa and Alex Bregman. Yuli Gurriel hit a sacrifice fly to right off Joely Rodríguez (1-2). After Kyle Tucker walked, McCormick singled to left before Myles Straw capped the inning with an RBI single.

Brooks Raley (2-2) struck out the side in the eighth. 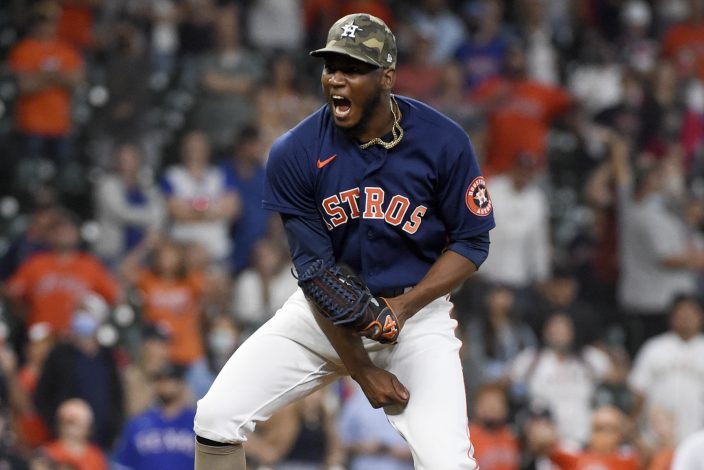 The Rangers' David Dahl tied it at 2 in the seventh with a two-run homer to center off Andre Scrubb. Texas lost its sixth straight.

Bregman hit an RBI single in the first, and Correa increased the lead to 2-0 in the fifth with an RBI groundout, but Kyle Gibson prevented further damage, snagging a comebacker from Michael Brantley to end the inning.

McCullers scattered five hits and struck out five. He has not allowed a run against the Rangers in 17 innings, spanning three scoreless outings dating to last season. 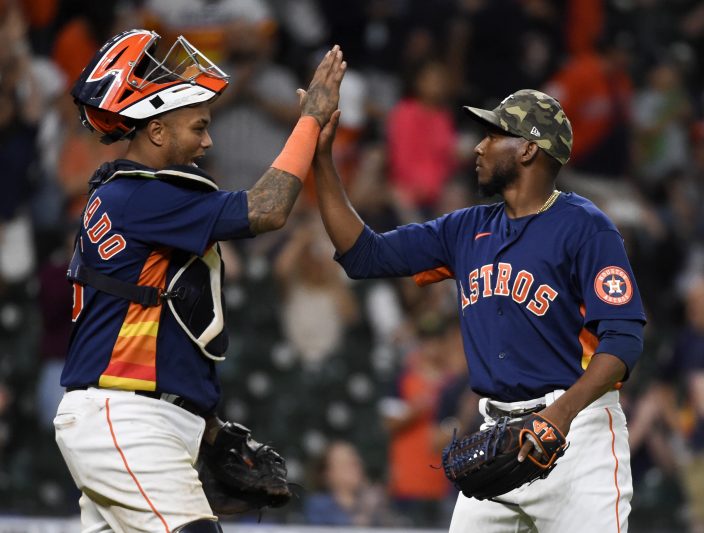 Gibson allowed two runs on four hits with three strikeouts in seven innings. Gibson continued his strong start to the season, yielding two or fewer runs for the seventh outing out of his last eight.

Rangers: 3B Brock Holt (hamstring) is close to being activated off the injured list, but he could go on a rehab assignment first, manager Chris Woodward said. 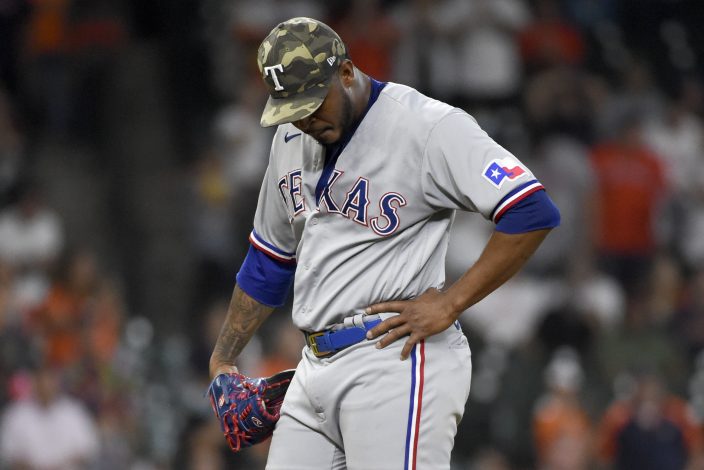 Texas Rangers relief pitcher Joely Rodriguez reacts after giving up a two-run single during the eighth inning of a baseball game, Sunday, May 16, 2021, in Houston. (AP PhotoEric Christian Smith) 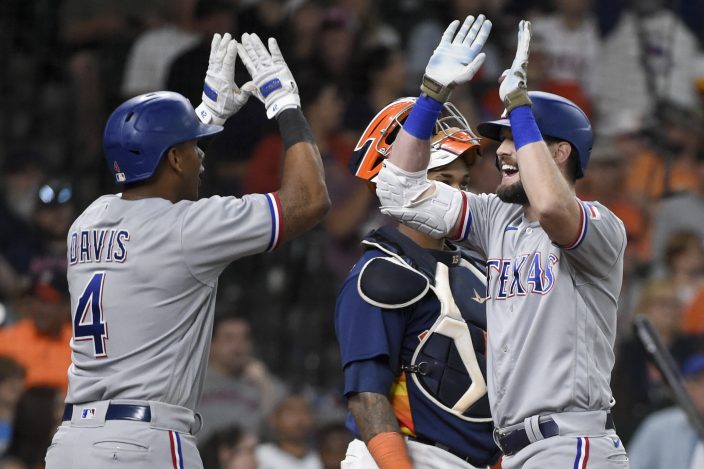 Texas Rangers' David Dahl, right, celebrates his two-run home run with Khris Davis during the seventh inning of a baseball game against the Houston Astros, Sunday, May 16, 2021, in Houston. (AP PhotoEric Christian Smith)

Astros: After an off day on Monday, RHP Cristian Javier (3-1, 3.08) will take the mound Tuesday to start a three-game series at the Athletics. Javier will be facing Oakland for a third time this season, going 1-0 with a 2.08 ERA in the two previous outings. 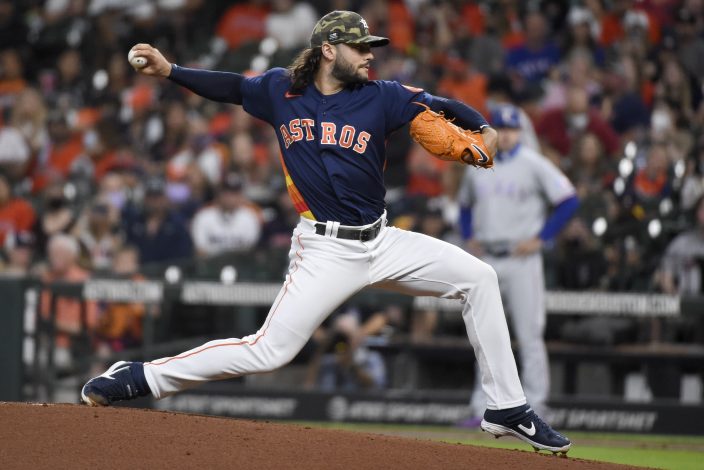