Gonzalo Higuaín broke a tie in the 85th minute with his second goal of the game and Inter Miami beat FC Cincinnati 3-2 on Sunday to spoil the home opener and TQL Stadium debut.

Miami (2-2-2) squandered a two-goal advantage before Higuaín’s shot from the center of the box found the top right corner.

In the 82nd minute, Cincinnati’s Nick Hagglund converted a header off a cross from Luciano Acosta following a corner. 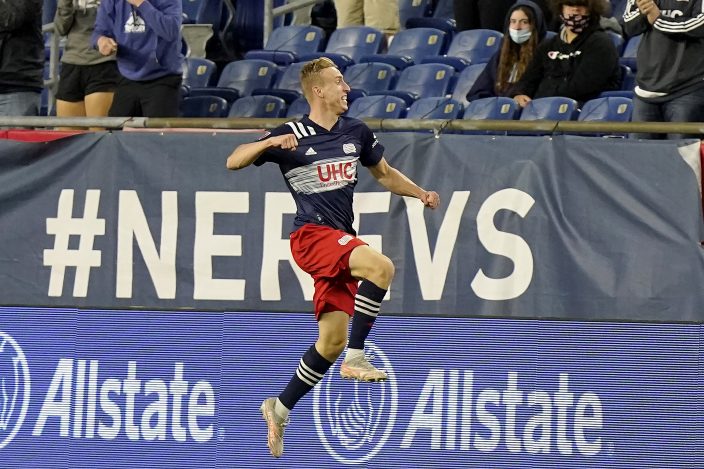 New England Revolution's Adam Buksa celebrates after scoring against the Columbus Crew in the second half of an MLS Soccer match, Sunday, May 16, 2021, in Foxborough, Mass. (AP PhotoSteven Senne)

Adam Buksa entered the game as a substitute in the 83rd minute and scored three minutes later to help New England beat Columbus.

The buildup to Buksa’s goal began on a quick restart after a foul near midfield. Carles Gil fed Brandon Bye up the right channel and Bye’s cross connected with Buska inside the 6-yard box.

The Revs (3-1-2) moved alone into first place in the Eastern Conference standings and extended their home winning streak to three games. Columbus is 1-2-2.