Philadelphia didn't play any of its usual starters after clinching the top spot in the East with Friday's victory over the Magic. Joel Embiid (illness), Ben Simmons (back), Tobias Harris (right knee), Seth Curry (right hip) and Danny Green (left hip) were all sidelined.

Maxey picked up the slack, going 11 of 19 from the field, including 3 of 4 from 3-point range, while making all five free throws. Paul Reed added 17 points and 12 rebounds. 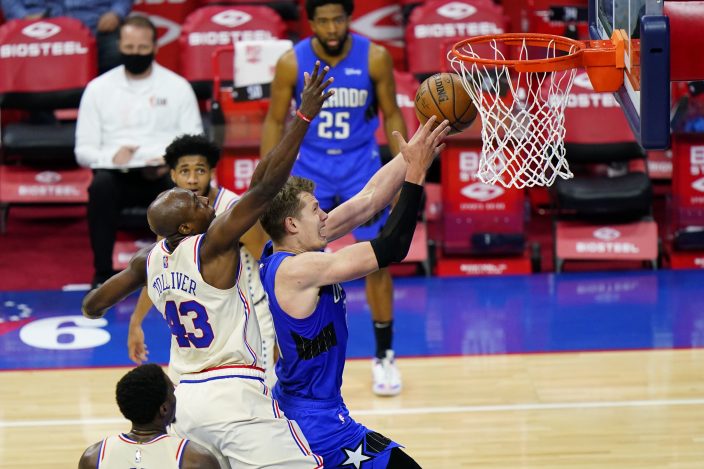 Orlando Magic's Moritz Wagner, right, goes up for a shot against Philadelphia 76ers' Anthony Tolliver during the second half of an NBA basketball game, Sunday, May 16, 2021, in Philadelphia. (AP PhotoMatt Slocum)

The Sixers finished 49-23 overall and 29-7 at home. They will host a first-round playoff series against the second team to emerge from the league's new play-in tournament.

Cole Anthony scored a career-high 37 points for the injury-plagued Magic, who were without several key players. Orlando ended the season on a seven-game skid and finished 21-51.

Philadelphia has the top seed for the first time since 2001, when Allen Iverson led the team to the NBA Finals. Those Sixers lost in five games to the Lakers, and Philadelphia hasn’t gotten past the East finals in 10 postseason appearances since. 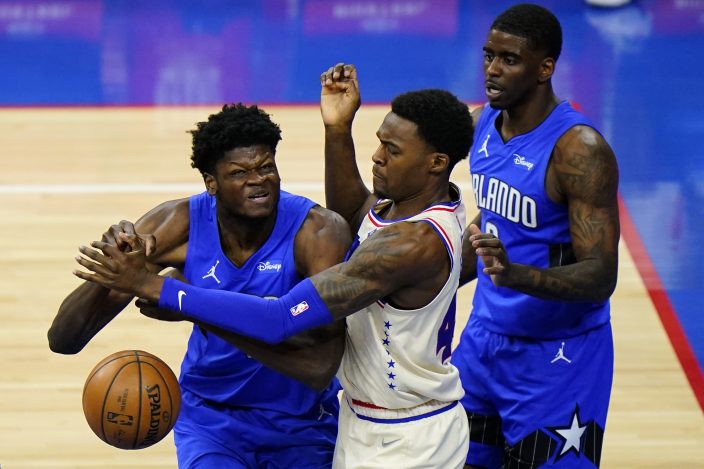 Orlando Magic's Mo Bamba, left, cannot get a shot past Philadelphia 76ers' Paul Reed, center, as Dwayne Bacon looks on during the second half of an NBA basketball game, Sunday, May 16, 2021, in Philadelphia. (AP PhotoMatt Slocum)

The Sixers will have home-court advantage at least until the NBA Finals. Their first-round opponent could be the Hornets, Pacers, Wizards or Celtics. Philadelphia went 11-1 against those teams in the regular season.

Maxey showed why the 76ers made him the 21st overall pick in last year's draft, going 10 of 11 from the field and hitting all three of his 3-point attempts in the first half. The speedy point guard out of Kentucky provided a highlight when he flew down the lane for a two-handed dunk with 5 1/2 minutes left in the third quarter. 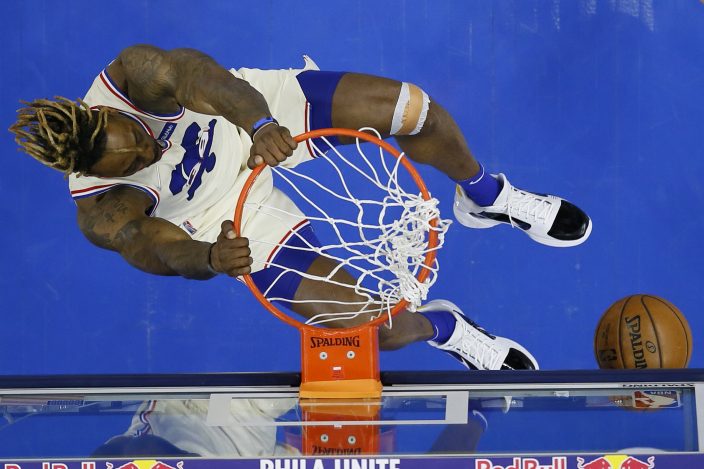 Philadelphia 76ers' Dwight Howard dunks the ball during the second half of an NBA basketball game against the Orlando Magic, Sunday, May 16, 2021, in Philadelphia. (AP PhotoMatt Slocum)

Embiid sat courtside while sporting the “Big Energy” chain in the first half. The 76ers have used the extremely large piece of jewelry as a reward among teammates during workouts. Embiid removed it after halftime. 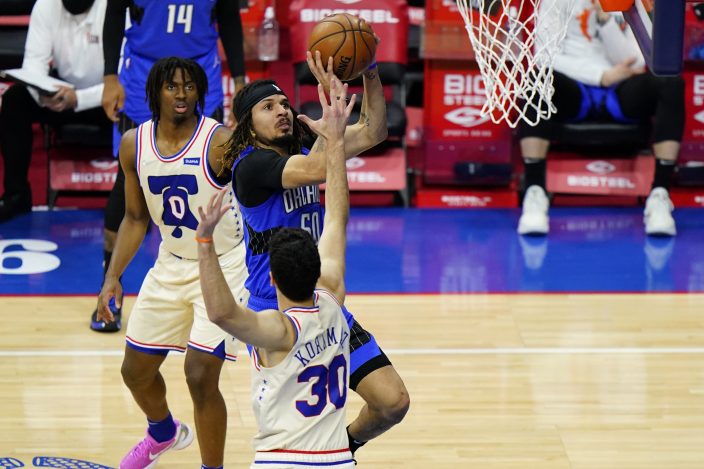 Orlando Magic's Cole Anthony (50) goes up for a shot against Philadelphia 76ers' Furkan Korkmaz (30) during the second half of an NBA basketball game, Sunday, May 16, 2021, in Philadelphia. (AP PhotoMatt Slocum)

Philadelphia coach Doc Rivers was asked before the game to sum up in a word what has made the 76ers so successful. 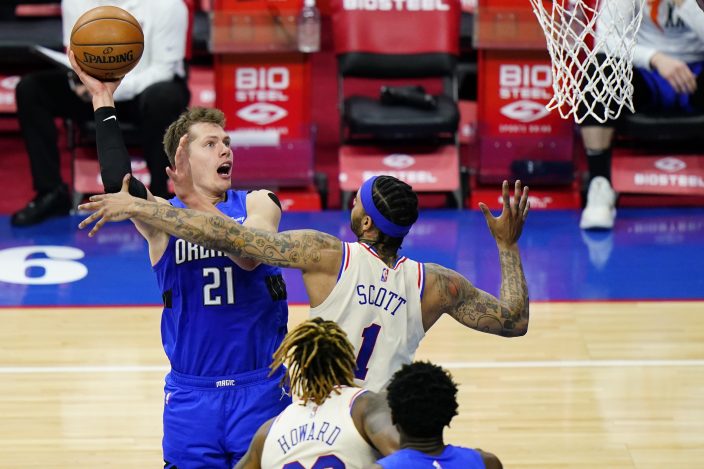 Orlando Magic's Moritz Wagner (21) goes up for a shot against Philadelphia 76ers' Mike Scott (1) during the second half of an NBA basketball game, Sunday, May 16, 2021, in Philadelphia. (AP PhotoMatt Slocum)

76ers: Matisse Thybulle (swelling left hand) missed his fourth straight game. ... Alex Trindle, a 23-year-old 76ers fan, rang the ceremonial Liberty Bell before the game. In a tweet that went viral and drew the attention of the team, Trindle wore a 76ers hoodie while ringing a bell after completing six months of chemotherapy on April 28.