McLaren cares so much about appearance that the team missed track time before its bungled 2019 Indianapolis 500 attempt because the car's paint scheme didn't precisely match its signature papaya orange shade.

And yet despite such particular tastes, McLaren has opened its design process to outsiders.

The team collaborated with high-end streetwear brand Undefeated for the Indianapolis 500 car that Felix Rosenqvist will be driving Tuesday when preparations begin at Indianapolis Motor Speedway. 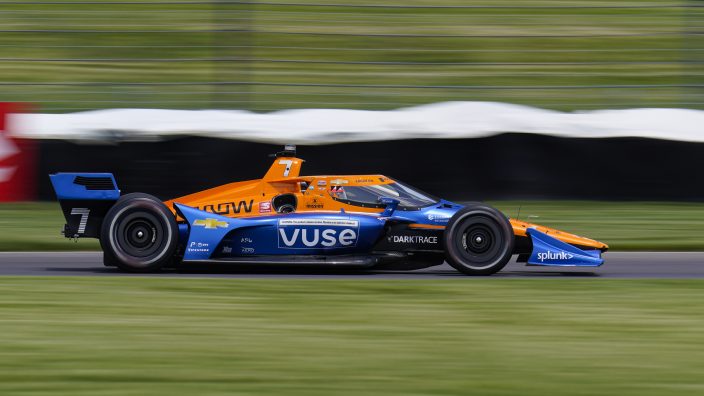 Felix Rosenqvist of Sweden drives during practice for the IndyCar auto race at Indianapolis Motor Speedway in Indianapolis, Friday, May 14, 2021. (AP PhotoMichael Conroy)

McLaren only returned full-time to IndyCar for the first time since 1979 last season in a piggyback deal with Arrow Schmidt Peterson, an existing team that sometimes challenged for wins but was hardly a consistent contender.

This rebranded bunch, with a new lineup and new look, has taken huge leaps since McLaren came aboard. The team is legit on the track and has the buzz to reach a wider audience while showing an edgier side.

The targeted new audience sits at the intersection of lifestyle and sports. The collaboration with Undefeated, a popular L.A.-based designer in sneaker and streetwear culture, might seem out there for the McLaren of old, but this new team is willing to aim for a younger, hotter demographic. 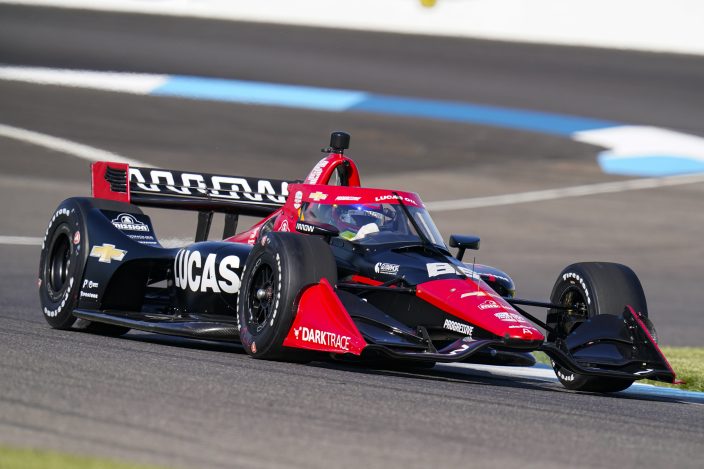 Undefeated co-founder James Bond had little familiarity with motorsports beyond the Netflix “Drive To Survive” docuseries that features the McLaren Formula One team. McLaren gave Undefeated's team almost no guidelines.

“We wanted something that made the car while sitting stagnant to look fast, we wanted to feel very much something of movement,” Bond said. Beyond the color palette, though, there were no rules from McLaren, which incorporated Undefeated's signature camo tiger pattern into the car design.

“We didn't realize the magnitude. A lot of times when we deal with professional athletes they have superstitions or they have some sort of quirks or they have their own kind of way they want things to be,” Bond said. "This one they really left us to be on our own. We were given someone else's brand, a driver's car... we just wanted to make something that was dope. 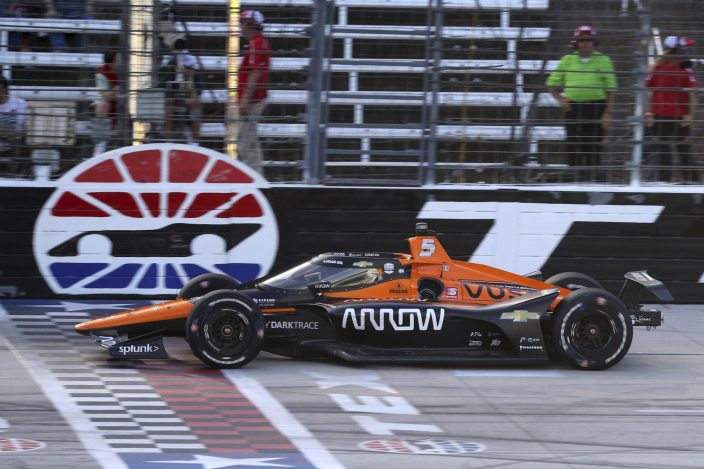 Pato O'Ward makes his way down the front stretch during an IndyCar Series auto race at Texas Motor Speedway on Sunday, May 2, 2021, in Fort Worth, Texas. (AP PhotoRichard W. Rodriguez)

“But seeing the car for the first time, seeing that these guys turned over such a piece of art, which the car to us was, was pretty amazing.”

McLaren wants the fan to view Rosenqvist's car at 200 mph and see something “disruptive that will really stand out,” said Louise McEwan, brand director at McLaren.

After all, disrupting the IndyCar hierarchy is McLaren's on-track mission. 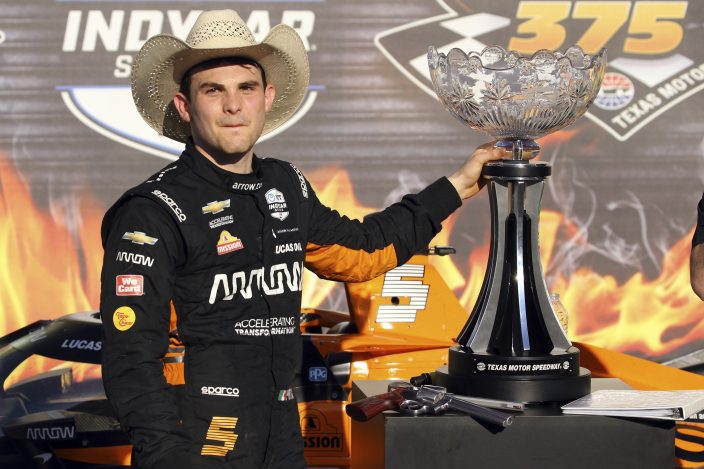 Pato O'Ward poses with the trophy as he celebrates his victory at an IndyCar Series auto race at Texas Motor Speedway on Sunday, May 2, 2021, in Fort Worth, Texas. (AP PhotoRichard W. Rodriguez)

Behind 21-year-old budding star Pato O'Ward, the organization finds itself part of the weekly conversation. O'Ward is one of three first-time winners through five races this season in what has been an early changing of the guard. Four of the series winners are 24 or younger and O'Ward sits fourth in the championship standings.

Rosenqvist, in his first year with the team, was brought in as a driver upgrade but has yet to put a full race weekend together. The team added two-time Indianapolis 500 winner Juan Pablo Montoya for the Indy 500; he drove two seasons for McLaren in F1.

Vuse is behind the design challenge that invites aspiring artists, designers and race fans to submit a paint scheme that could be used in the inaugural Music City Grand Prix in August.

Expectations are high within the organization and the team wants the attitude and look to match.

The Latest: Australia: Stick with AstraZeneca for 2nd d ...