Jeremy Doku and Leandro Trossard were called up Monday to the Belgium squad for the European Championship alongside the usual stalwarts of the country's “Golden Generation.”

Belgium coach Roberto Martinez named Eden Hazard, Romelu Lukaku, Kevin De Bruyne and Axel Witsel in his list of 26 players for the continental tournament. Martinez also selected a group of 11 reserve players who could step up in case of injuries ahead of the tournament, which opens on June 11.

“There are still some games to be played at domestic level, in terms of possible injuries and possible changes, especially in these uncertain times," Martinez said. “We have got 11 players that will be serving us as stand-by players.” 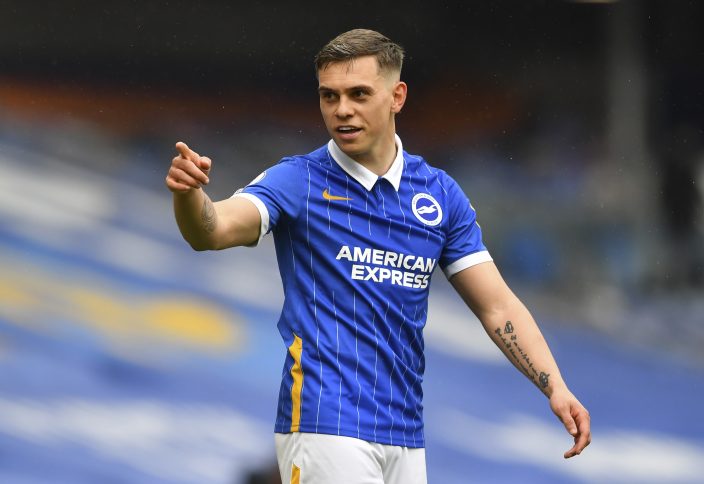 FILE - In this Saturday, May 1, 2021 file photo, Brighton's Leandro Trossard reacts during the English Premier League soccer match between Brighton and Hove Albion and Leeds United at the Falmer stadium in Brighton, England. Jeremy Doku and Leandro Trossard were called up Monday, May 17, 2021 for the Belgium squad alongside the usual stalwarts for the European Championship. Belgium will play in Group B, opening against Russia on June 12. The top-ranked Belgians will then face Denmark and Finland. (Ben StansallPool via AP, File)

Teams have been allowed to select 26-player squads instead of the usual 23 to help them cope amid the coronavirus pandemic. The final 26-man squads must be submitted by June 1.

Belgium will play in Group B, opening against Russia on June 12. The top-ranked Belgians will then face Denmark and Finland.

Doku, an 18-year-old forward, was rewarded for his solid performances with French club Rennes this season. His speed and technique make him an excellent candidate for a super-sub role within a squad full of attacking riches. 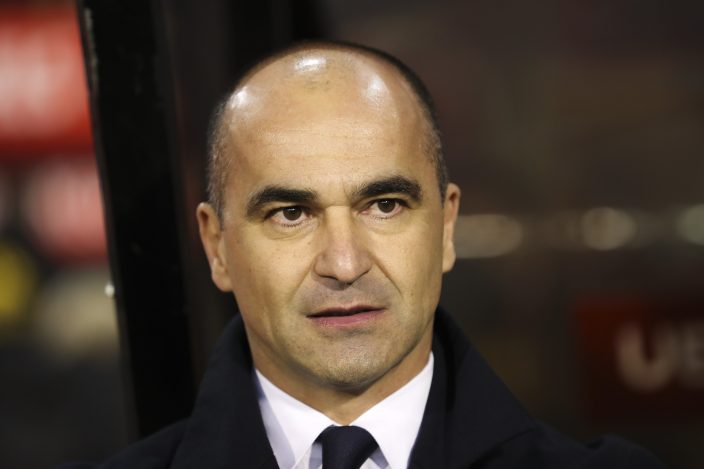 FILE - In this Tuesday, Nov. 19, 2019 file photo, Belgium coach Roberto Martinez stands prior to a soccer match between Belgium and Cyprus at the King Baudouin stadium in Brussels. Jeremy Doku and Leandro Trossard were called up Monday, May 17, 2021 for the Belgium squad alongside the usual stalwarts for the European Championship. Belgium will play in Group B, opening against Russia on June 12. The top-ranked Belgians will then face Denmark and Finland. (AP PhotoFrancisco Seco, File)

Trossard could be an adequate replacement for Hazard, who has been struggling for form. The diminutive Brighton forward has similarities with the Real Madrid striker, with excellent dribbling skills, good vision and a sense for goal. The 26-year-old Trossard scored a pair of goals in March in World Cup qualifying and has been consistent with his Premier League club recently.

Witsel has yet to return from a serious Achilles injury he sustained in January but Martinez said he has received some good news about his rehabilitation.

“In the situation of Axel, we need to be very clear we don't expect anything," Martinez said. “This is just a reward for what he has done for the national team, and his career, and the good work he has done in the last months. The real decision with Axel Witsel will be on the 11th of June."

Martinez said Witsel needs some more time to be ready but insisted he feels “very confident that he could have a big role" during the tournament.

The only big name missing was Marouane Fellaini, but his absence was not a surprise since the former Manchester United defender now playing in China has not featured for Belgium since 2018.

“We all know how special Marouane Fellaini is," Martinez said. “Probably, delaying the Euros for an extra 12 months was a little bit a step too far. Three years in international football is a long time."

Initially scheduled for last year, the competition was pushed back by a year because of the coronavirus pandemic.