Passenger levels for the Middle East's largest airlines plummeted by 70% last year and it furloughed more than a quarter of its staff due to the coronavirus pandemic, Emirates' chairman and chief executive said Monday.

Despite the turbulence of last year and the continued uncertainty around global travel, Sheikh Ahmed bin Saeed Al Maktoum said he expects passenger levels for Dubai's flagship carrier to climb back to nearly three-fourths of what they were before the COVID-19 outbreak by the end of the year.

“It’s been a very tough year,” Al Maktoum said. “Our focus today is more on really putting back Emirates on the map the way it used to be." 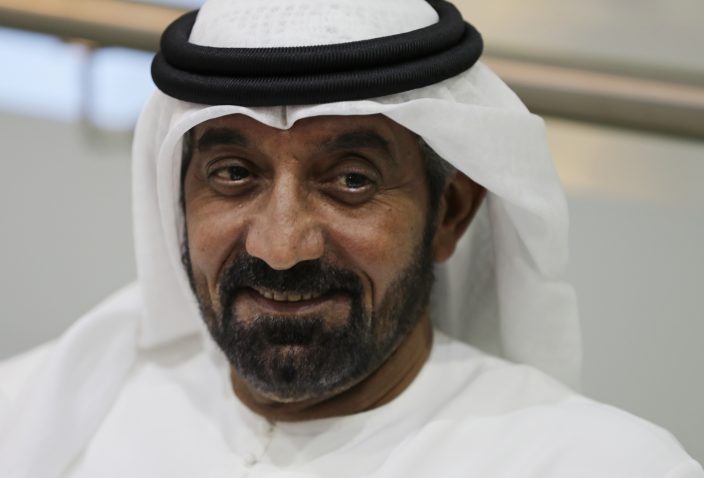 Sheikh Ahmed bin Saeed Al Maktoum, president of the Department of Civil Aviation, CEO and chairman of The Emirates Group speaks with journalists at the Arabian Travel Market exhibition in Dubai, United Arab Emirates, Monday, May 17, 2021. The Middle East's largest airlines saw its passenger levels plummet by 70% last year and furloughed more than 25% of its staff due to the coronavirus pandemic, Al Maktoum said Monday. (AP PhotoKamran Jebreili)

Al Maktoum acknowledged, though, it's been difficult to get approvals and wade through the myriad of regulations and other health authority rules of every country.

"And sometimes it’s a nightmare," he said.

He spoke to reporters at Dubai’s Arabian Travel Market, billed as the world's first travel and tourism event to take place in person since the global outbreak. The event highlights Dubai’s open embrace of tourists amid the pandemic still roiling parts of the world. Visitors to Dubai are not required to quarantine upon arrival or prove they’ve been vaccinated. In most cases, only a negative PCR test is required. 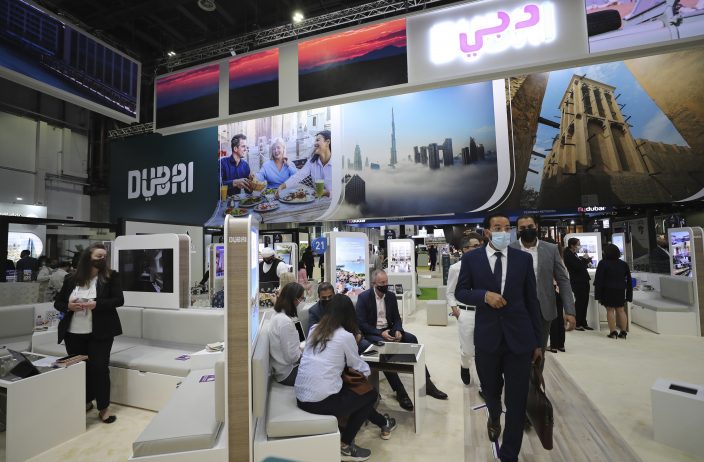 The United Arab Emirates, which is home to the city-state of Dubai, has been aggressive in inoculating its population of more than 9 million people against COVID-19. As a major transit point, however, the UAE remains on the U.K.’s “red list” and the U.S. “do not travel” list.

Al Maktoum said the carrier has been engaged in explaining to various countries the measures the UAE has taken to keep its population and visitors safe. He said Emirates is ready to return to its full schedule of routes once governments give it the green light.

“We have to remain optimistic that the world will open. No government will be able to sustain that forever,” he said, referring to lockdowns and border closures.

He expressed support for an electronic travel passport or certificate for passengers who've been vaccinated from the coronavirus, saying it should be something that is “easy and simple” and available on people's mobile phones. Emirates is experimenting with trials of the International Air Transport Association Travel Pass. The association says its mobile app aims to help passengers manage their travel in line with any government requirements for COVID-19 testing or vaccine information.

Although Emirates is expected to announce the past year’s fiscal results soon, Al Maktoum said the carrier’s passenger levels fell to 30% of what they were in the previous year. The airline carried around 58 million passengers in 2019.

The long-haul carrier, which is state-owned, was thrown a $2 billion lifeline from Dubai’s government to stave off a liquidity crunch last year— a clear indication of how dire the situation had become for one of the world's leading airlines.

The airline was forced to ground all passenger flights in March 2020 amid a temporary closure of the UAEs’ airports, including transit flights through Dubai - the hub for Emirates. The airline resumed limited passenger services within weeks. It continued to deploy its fleet of Boeing 777 freighters for the transport of air cargo and vital goods throughout the pandemic.

Al Maktoum did not rule out the possibility of more government assistance to the airline, but said cash on reserve is “good so far” and added that the company's liquidity is assessed monthly.

The carrier is essential to keeping Dubai’s airport in the lead as the world’s busiest for international travel. Emirates’ success is also seen as a bellwether for Dubai’s economy, which draws heavily from tourism and visitor traffic. Dubai's leadership has described Emirates as strategically important to the national economy.

Dubai is looking to Expo 2020, the World’s Fair, to attract new visitors and ignite its economy. It was set to host the six-month-long fair last fall, but like other major events around the world, it was delayed for a year. It is set to kick off this October.