Hendrick Motorsports has a mission to dethrone The King.

Larson has spent mere months on the job driving for Rick Hendrick, and promptly learned how seriously the team owner took his passion for catching Petty Enterprises -- anchored, of course, for years by Richard Petty -- on NASCAR’s career list for most wins by one organization in the Cup Series. 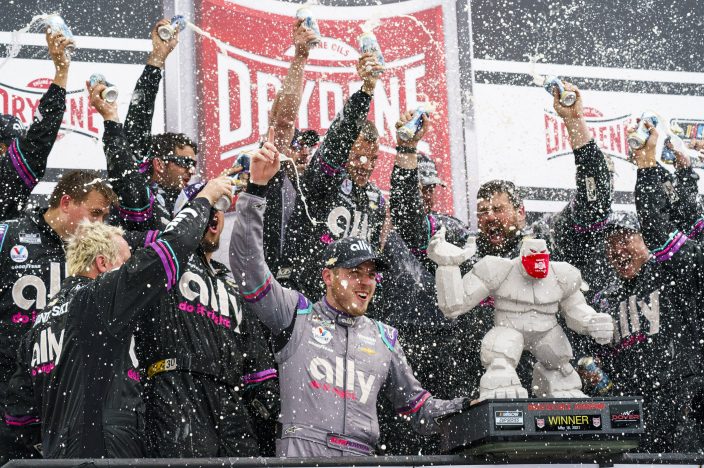 “He mentions it almost every time I feel like I talk to him,” Larson said.

Hendrick should feel real chatty these days after Alex Bowman won Sunday at Dover and Hendrick swept the top-four spots for the first time in team history. It moved HMS’ Cup wins total to 267, one shy of Petty’s mark of 268.

Bowman has four career wins on that scorecard and Larson added his first earlier this season. But the list is topped by Hall of Famer Jeff Gordon, who won 93 races and four championships driving for Hendrick. Jimmie Johnson had 83 wins and a record-tying seven championships before bolting for IndyCar. NASCAR Hall of Famer Terry Labonte added 12. 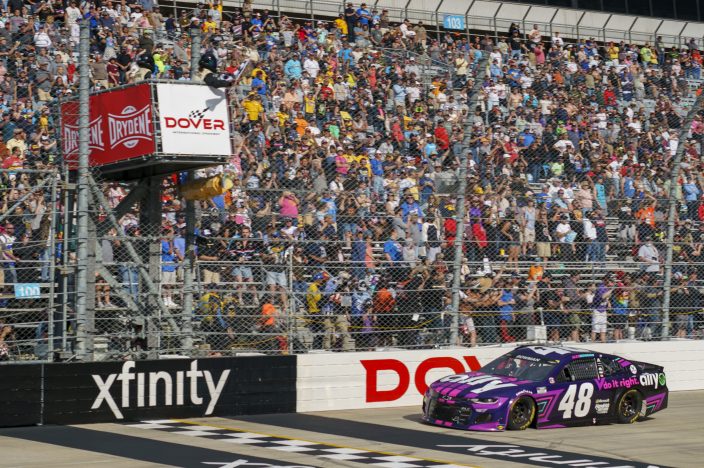 There are 20 names on the list. Five drivers have one win for Hendrick and Chase Elliott with 11 is the only other driver to crack double figures. Petty Enterprises, founded by Lee Petty and last owned by Richard, last competed in 2008.

“I really tried not to think about it until this year,” the 71-year-old Hendrick said. “This year when everybody started talking about it, then I thought, man, this is in reach.”

With Elliott, Larson, Bowman and William Byron in the stable, the record is not only within reach but Hendrick can put Petty (196 of his record 200 wins were for Petty Enterprises) well behind in the rearview mirror.

NASCAR’s inner ownership circle boasts a king, a captain (Roger Penske) and a coach (Joe Gibbs). At Hendrick, the man who has called the shots since 1984 is simply Mr. H.

Larson drives the No. 5 for Hendrick, the number he used when Hendrick Motorsports launched in 1984. Geoff Bodine drove the No. 5 to three victories in the 1984 season (seven overall).

“I think a few years back, I thought it would be impossible,” Hendrick said. “If you had told me in 1984 that you’re going to be here for this long or that you had an opportunity to win all these races and championships, (I’d) kind of pinch myself because it’s just really hard to do."

Hendrick’s drivers may have made success look easy on the track but the hardships have been as much a part of his story as the championships.

Already a car dealer, Hendrick had a championship drag boat team under his belt when he launched with fewer than 20 full-time employees and a small shop. He became a technical adviser for the Tom Cruise movie “Days of Thunder” and was one of the four original owners of the Charlotte Hornets. He battled a rare form of leukemia, pleaded guilty to mail fraud and was later pardoned by President Clinton. He was struck by more tragedy in 2004 when a plane owned by Hendrick Motorsports crashed. All 10 people aboard were killed, including Hendrick’s son, brother and twin nieces.

Yet, he guided and grew his Hendrick Motorsports team into the dominant program in NASCAR.

The lean years hit, and Johnson failed to win a race over his final three full seasons. Hendrick failed to advance a driver into the championship round from 2017-19, a stretch that included a woeful 2018 season in which Elliott accounted for the only three wins for the entire organization.

Elliott, though, delivered a championship to Hendrick last season and the momenteum rolled into this year: Bowman has two wins, and Byron and Larson each have one. Bowman, who is expected to sign a multi-year contract extension, Larson and Byron are under 30 years old.

“I think we are set for a really good run here for the next years, multiple years,” Hendrick said. “I like where we are.”

At Dover, Hendrick joined Peter DePaolo Racing (1956 at Titusville and 1957 at North Wilkesboro) and Roush Fenway Racing (2005 Homestead-Miami Speedway) as the only race teams to claim the top four spots in a Cup race.

Now it’s almost time to catch The King -- but not without a tip of the feathered cap to the one who set the standard.

“I’ll say this about Richard: nobody in this sport has ever given as much as he has,” Hendrick said. “To see him on pit road, see him signing every autograph. I’ve got one of his autographs when I couldn’t get in the garage area through the fence at Martinsville. I know what that feels like.”