The breeze was stiff enough Monday morning off the Atlantic coast that Jason Day hit a bullet of a 4-iron into the par-3 14th at Kiawah Island and watched it tumble down a shaved slope 10 feet below the green.

As he finished the back nine on the first official day of practice for the PGA Championship, he ripped a 3-iron into the closing hole on the Ocean Course.

The holes were vaguely familiar to Day, just not the clubs he was using. 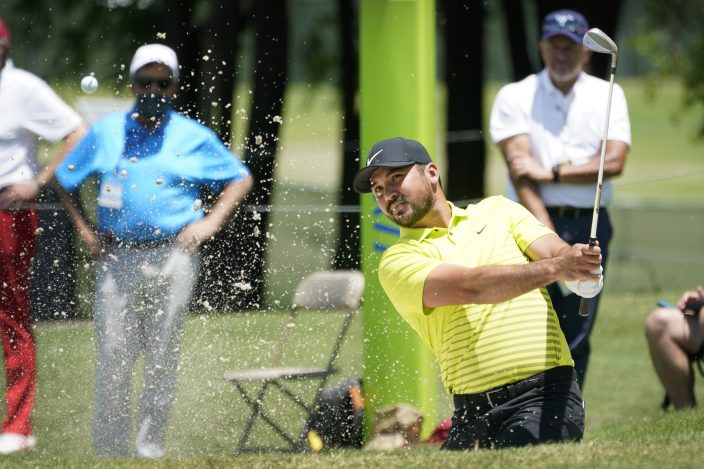 Jason Day, of Australia, hits out of a bunker on the first hole during the first round of the AT&T Byron Nelson golf tournament, Thursday, May 13, 2021, in McKinney, Texas. (AP PhotoTony Gutierrez)

“I don't remember it playing that long,” Day said with a laugh.

That's to be expected. It has been nine years since the PGA Championship was last held at Kiawah, a week that featured strong wind one day, heavy rain the next and ultimately an eight-shot victory for Rory McIlroy.

What feels like even longer ago was Day hoisting the Wanamaker Trophy for his lone major, even though that was only six years ago at Whistling Straits when the Australian was on his way to No. 1 in the world. 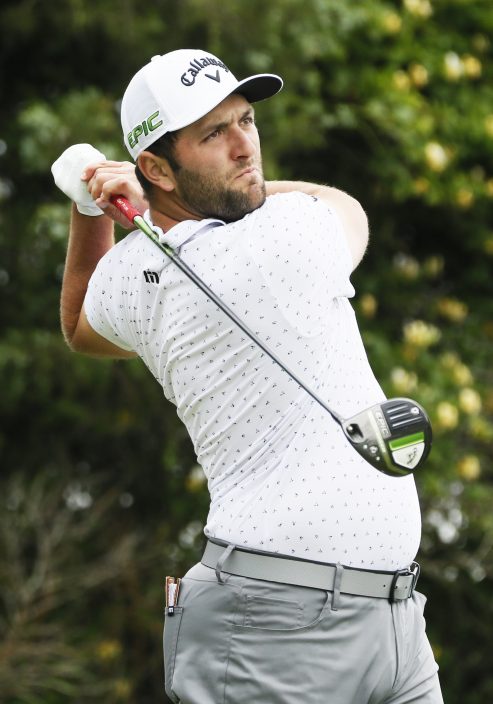 “A lifetime ago,” Day said.

Day, without a victory in three years, is now at No. 65 in the world, his lowest ranking since the week he made his PGA Championship debut in 2010. He has three children at home in Ohio. His wife is expecting their fourth child in the next two weeks, and if it's sooner rather than later, he might not be at Kiawah for long.

Never mind that he has missed three cuts in a row. Day arrived at Kiawah Island with hopes that he's finally heading in the right direction, even if the results don't bear that out. 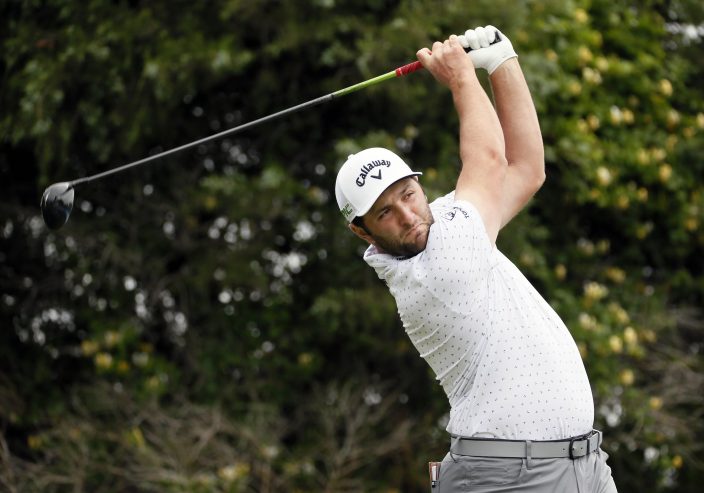 “You may not be getting results, but you know it's around the corner,” Day said. “It's a fine line between missing the cut and winning a tournament, especially out here. It's hard to say that and mean it. But it's true. How many times do guys miss a bunch of cuts and then they win? What changed? Nothing changed. It's a lot of work that leads into that.”

He used McIlroy as the latest example. McIlroy had gone 18 months since his last victory and had his lowest world ranking in a decade before winning at Quail Hollow two weeks ago.

McIlroy was only No. 15 in the world at the time. Day is so far down the ranking, by his standards, that he's in jeopardy of missing the U.S. Open. He says he won't go through qualifying if he's not in the top 60 at the end of the week, mainly because of the impending birth of his child.

But he's putting in the work and feels he has the right team around him. His career has been trending the wrong direction since he parted with swing coach Colin Swatton some three years ago.

He has been working with Chris Como, who also counts Bryson DeChambeau as a pupil. He has returned to Jason Goldsmith, his longtime performance coach who was at his side when he was No. 1 in the world in 2017. He has a trainer who has his back feeling better than ever, and he recently had putting coach John Graham visit him in Ohio.

“For the longest time, I didn't have direction. Now I do,” Day said. “I'm working toward something. I'm getting confidence back in my putting, and that's slowly releasing pressure in the rest of my game.”

The Ocean Course can apply plenty of pressure on its own.

McIlroy won at 13-under 275, but only 19 other players broke par at Kiawah Island in 2012. It measures 7,838 yards at sea level — the shore is only about 50 yards from the edge of the closing five holes — and while the fairways are wide enough, plenty of trouble in swales and seaside grasses and steep bunkers add to the test.

McIlroy played the back nine Monday with Adam Scott, Shane Lowry and Dustin Johnson, who appeared to be moving around just fine after withdrawing last week to rest an achy knee.

Collin Morikawa, the defending champion from Harding Park, is among the few who have played Kiawah Island ahead of the championship. Morikawa was in town a month ago to help promote it.

Jon Rahm, at No. 3 in the world as he goes for a breakthrough major, played in Dallas last week and said he did not see great benefits in playing a course ahead of a major.

“A lot of times it’s better to be mentally and physically rested than trying to spend a lot of time trying to analyze every part of golf course,” he said.

The field is the strongest in golf, with 99 of the top 100 in the world. The only one missing is Matthew Wolff, who withdrew as he takes time away from the game. Tiger Woods isn't at Kiawah because of his broken legs from a car accident. That didn't affect the PGA's goal of having the top 100 because Woods fell out — he now is at No. 103 — for the first time since 2018.

Toyota production in Japan hit by parts crunch from COV ...

The shortage of parts caused by th ...