The National Weather Service said in a Facebook post Monday that south Lake Charles got the heaviest rainfall with about 12 to 15 inches (30 to 38 centimeters) falling there in a 12-hour period. But the rainfall wasn't limited to that one area. Numerous areas in Calcasieu Parish where Lake Charles is located saw totals of 8 to 10 inches (20 to 25 centimeters) of rainfall Monday.

The mayor of Lake Charles, Nic Hunter, told The Advocate that they didn't have an exact number of flooded homes but that it would likely be in the hundreds. Hunter was mayor last fall when the city was hit by Hurricane Laura on August 27 and then six weeks later by Hurricane Delta. 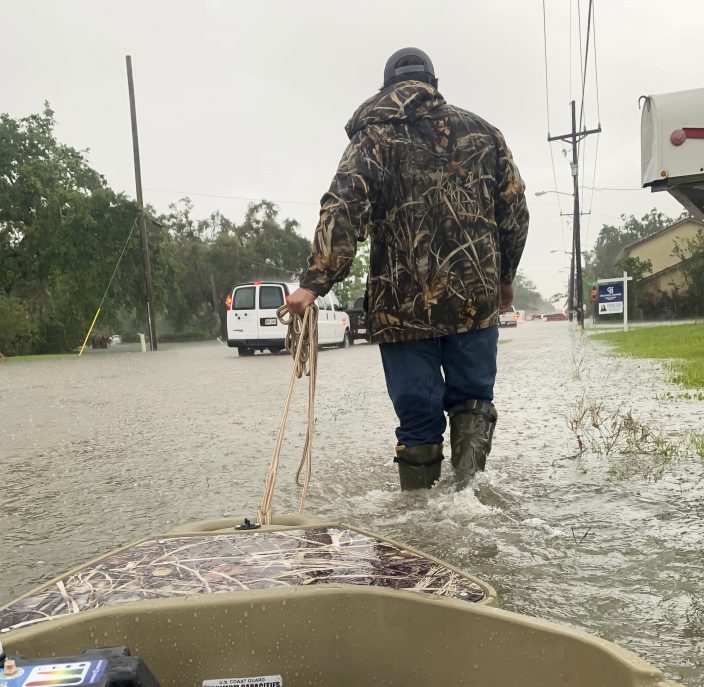 Nick Delgado uses his boat to help a neighbor pick up their kids from schools during heavy rains in Lake Charles, La., Monday, May 17, 2021. (Rick HickmanAmerican Press via AP)

“We will continue to be resilient through this event. But I will admit it would be nice if Mother Nature would give us a break," Hunter told the newspaper.

Parts of southeastern Texas and western Louisiana were under flash flood warnings on Monday afternoon, according to the National Weather Service's Lake Charles office. Several inches (centimeters) of rain also feel on parts of Arkansas.

Tornadoes also were a threat as storms pounded south Louisiana. 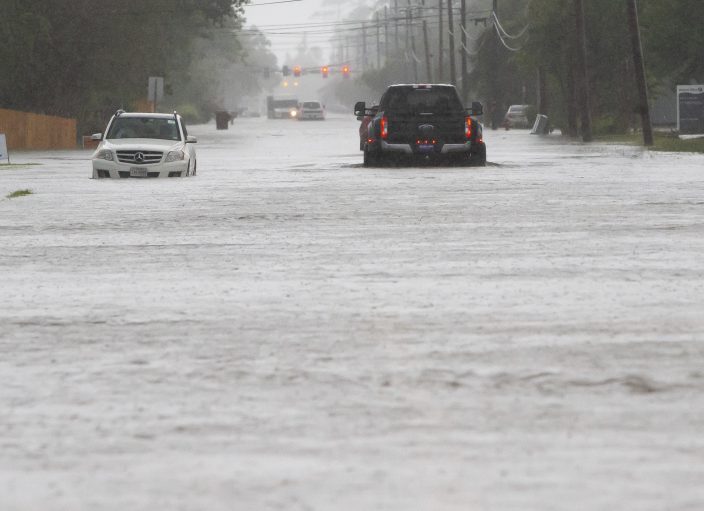 In Lafayette, The Daily Advertiser reported that multiple warnings of possible tornadoes prompted shelter-in-place warnings at area schools, where students were held past the usual dismissal time until the danger passed. The National Weather Service in Lake Charles reported that the public reported a possible tornado in the Church Point area of rural Acadia Parish, west of Lafayette. There were no immediate reports of injuries or major damage.

Meanwhile, the sheriff's office for Calcasieu parish was asking residents to stay off the roads and said they had already deployed high water vehicles and boats to assist residents, KPLC reported.

Photos on local media showed water up to the doorsteps in one subdivision of Lake Charles while vehicles sought to navigate flooded streets in another part of town. 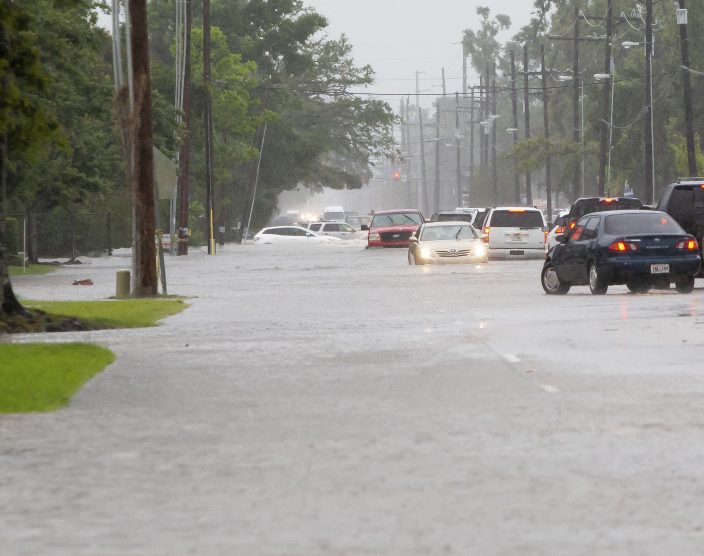 The rainy weather is expected to continue in southern Louisiana through the middle of the week.

Western Louisiana is still recovering from back-to-back hurricanes Laura and then Delta last year. And then, in February, frigid temperatures froze pipes and led to problems getting drinking water to area residents. 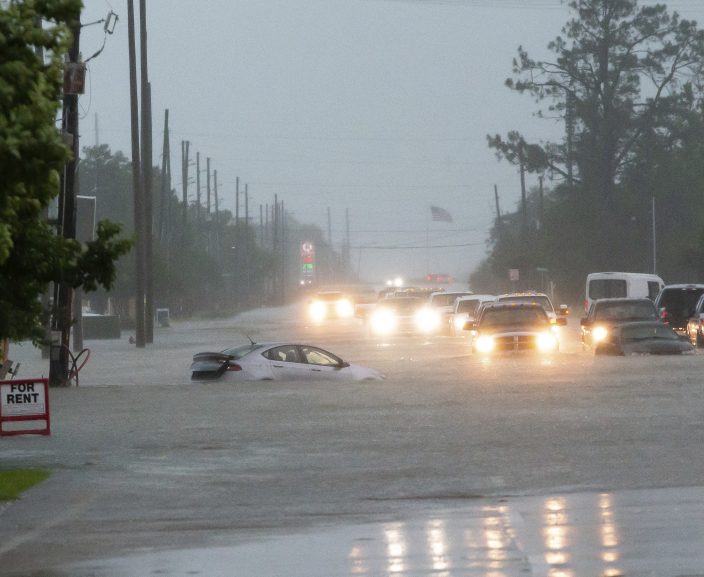 The National Weather Service’s Little Rock office said on their Twitter feed, that parts of central Arkansas also had seen two to more than four inches (5-10 centimeters) of rain as of Monday morning. More rainfall is expected this week, the agency said.

Severe weather: Storms batter the South with more on the way