BITE OUT OF THE BIG APPLE

Both teams from New York are away from home this week and each one is having a painful road trip.

After arriving in Atlanta, the Mets placed outfielder Michael Conforto and second baseman Jeff McNeil on the 10-day injured list Monday with strained hamstrings. Both players were hurt in Sunday’s loss at Tampa Bay. 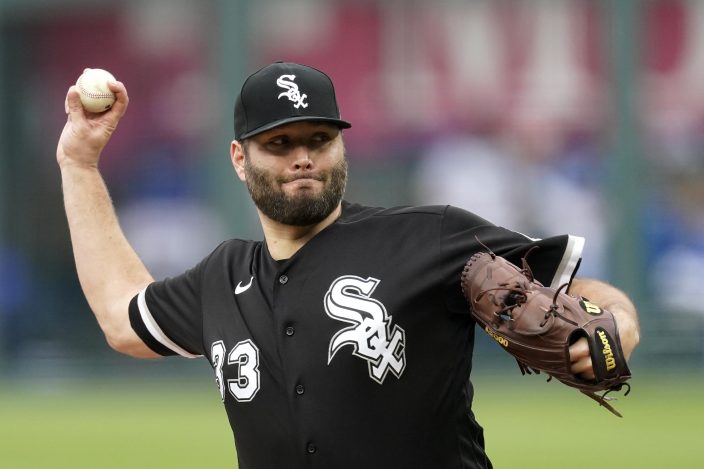 “We’re taking a week-to-week approach with both of these guys,” manager Luis Rojas said.

Then starter Taijuan Walker exited early against the Braves with tightness in his left side, and outfielder Kevin Pillar was hit square in the face by a pitch. Blood poured from Pillar’s nose in a frightening scene, but he walked off the field under his own power.

The Mets already have ace starter Jacob deGrom, outfielder Brandon Nimmo and third baseman J.D. Davis on the IL. Valuable reliever Seth Lugo was transferred from the 10-day injured list to the 60-day IL. recovering from right side tightness.

Meanwhile, the Yankees put slugger Giancarlo Stanton on the 10-day injured list, retroactive to Friday, before their series opener at Texas because of a left quadriceps strain. In addition, reliever Zack Britton had a potential setback in his recovery from elbow surgery.

Stanton was held out of all three games during a weekend series in Baltimore. The 2017 NL MVP is hitting .282 with nine homers and 24 RBIs in his 33 games this season.

“Hopeful that, especially when we can backdate a few days, that coming out of the off day we’ll be all right, and hopefully just put this behind us entirely,” Yankees manager Aaron Boone said. “As much as he wants to be out there, I think he also realized that if it’s something he pushed through, it could turn into a longer-term situation.”

Boone said Britton was dealing with some general soreness after his one-inning simulated game Saturday with Triple-A Scranton/Wilkes-Barre, when he threw to hitters for the first time. Boone said the lefty’s planned rehab start for Double-A Somerset on Wednesday might get pushed back a couple of days.

Britton is on the 60-day injured list after surgery March 15 to remove a bone chip from is elbow.

Yankees center fielder Aaron Hicks was put on the 10-day injured list Sunday, retroactive to Thursday, after tearing a tendon sheath in his left wrist. Hicks is back in New York getting treatment at Yankee Stadium.

Off to an excellent start this season, Atlanta right-hander Huascar Ynoa is expected to miss two months after he broke his right hand when he punched the dugout bench following a poor outing Sunday in Milwaukee. Ynoa, who turns 23 next month, was frustrated after giving up five runs and nine hits in 4 1/3 innings of a 10-9 loss.

Ynoa (4-2, 3.02) has the lowest ERA and most wins on the Braves staff. He allowed only one earned run in his previous three starts before Sunday.

White Sox righty Lance Lynn tries to extend his super start this year when he faces the Twins for the second time in less than a week.

Lynn (4-1, 1.30 ERA) limited Minnesota to one unearned run on two hits in five innings last Thursday in Chicago. He was hit in the pitching hand by grounder in the fourth, but stayed in.

Traded from Texas to the White Sox in the offeason, the 34-year-old Lynn has struck out 44 in 34 2/3 innings spanning six starts.

Blake Snell has been piling up the no-decisions since joining the Padres, going 1-0 with a 4.19 ERA in eight starts for his new team.

The former AL Cy Young Award winner with Tampa Bay hasn’t lasted more than 5 1/3 innings in any of his outings this year. He’s walked at least two in every start, and has walked a total of 12 over 13 2/3 innings in his last three games.

The left-hander starts for San Diego against the Rockies at Coors Field.

Anthony DeSclafani pitches for the first time at Great American Ball Park since leaving Cincinnati and signing with the Giants in December.

DeSclafani pitched five seasons for the Reds. The 31-year-old righty is 3-1 with a 2.14 ERA in eight starts for San Francisco.