With the bases loaded in the seventh, Mets right fielder Kevin Pillar was hit square in the nose by a 95 mph pitch from Jacob Webb, forcing in a run. Pillar was knocked to the ground, and blood poured from his nose when he lifted his head.

Some Braves players on the field, including Webb, showed their shock and concern as they witnessed the gruesome and frightening scene. 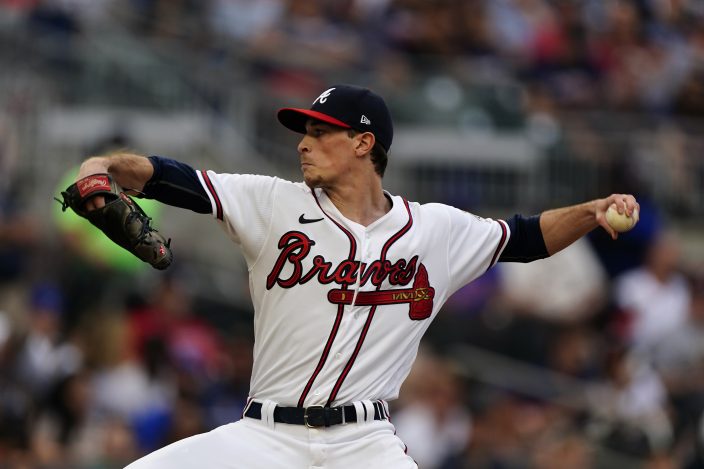 Pillar was able to walk as he was quickly escorted off the field, with towels covering his face. Members of the grounds crew worked to cover up blood left in the batter's box area as the Braves made a pitching change, removing Webb.

There was no immediate report from the Mets on Pillar's condition.

New York starter Taijuan Walker allowed one hit in three scoreless innings before leaving with left side tightness. Sean Reid-Foley (1-0) did not allow a hit in three shutout innings. 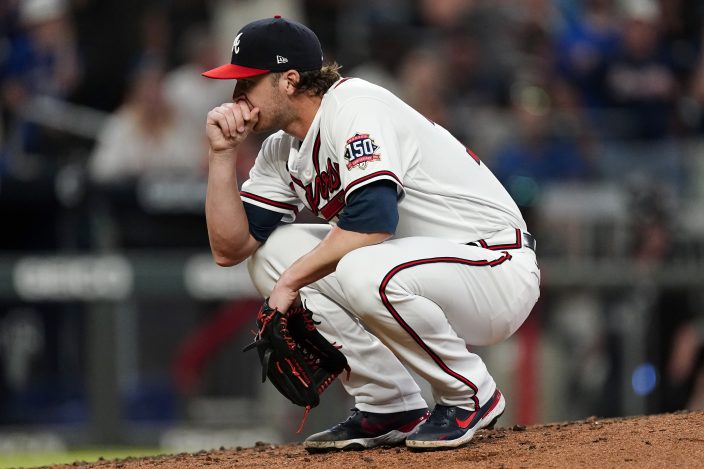 Edwin Díaz walked Freddie Freeman with one out in the ninth before closing out the game for his sixth save.

The injuries to Walker and Pillar came after the Mets added outfielder Michael Conforto and second baseman Jeff McNeil to the 10-day injured list with hamstring strains before the game. Ace starter Jacob deGrom already is on the IL, recovering from right side tightness.

New York outfielder Johneshwy Fargas had a run-scoring double in the eighth for his first hit in his major league debut. 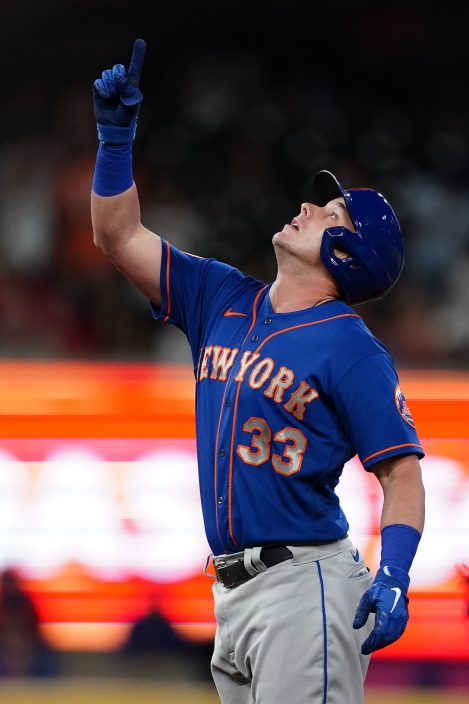 New York Mets' James McCann (33) gestures after driving in a run with a double in the seventh inning of a baseball game against the Atlanta Braves, Monday, May 17, 2021, in Atlanta. (AP PhotoJohn Bazemore)

Austin Riley hit an eighth-inning homer off Trevor May for Atlanta's only run.

Braves left-hander Max Fried (1-2) exited after giving up Nido's double to open the seventh. McCann broke the scoreless tie with his double to left field off Webb. With two outs and the bases loaded, Webb's errant pitch hit Pillar to force in the second run.

The Braves also have new injury concerns. The team said Fried, who had thrown a season-high 95 pitches, was removed as a precaution due to cramping in his left hand. 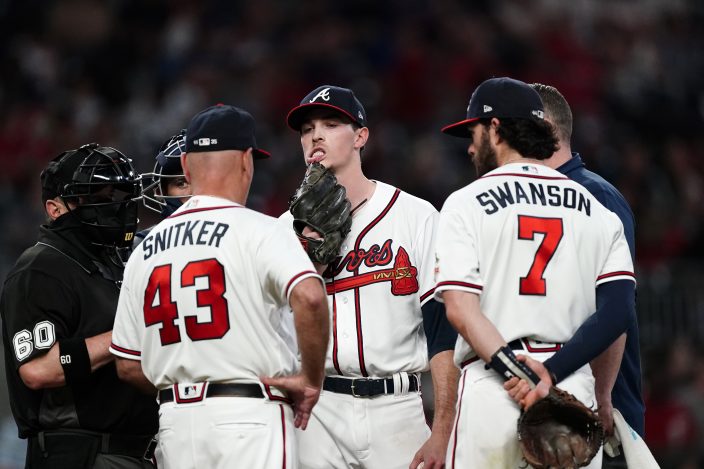 Atlanta Braves starting pitcher Max Fried (54) pulls on his lip as manager Brian Snitker (43) relieves him in the seventh inning of a baseball game against the New York Mets, Monday, May 17, 2021, in Atlanta. (AP PhotoJohn Bazemore)

A healthy Fried is needed to provide stability to the rotation after right-hander Huascar Ynoa broke his right hand when he punched the dugout bench following a poor start Sunday in Milwaukee. Ynoa is expected to miss two months.

Ynoa was frustrated after giving up five runs and nine hits in 4 1/3 innings of the 10-9 loss to the Brewers.

Conforto hurt his right hamstring and McNeil strained his left in Sunday’s 7-1 loss at Tampa Bay. 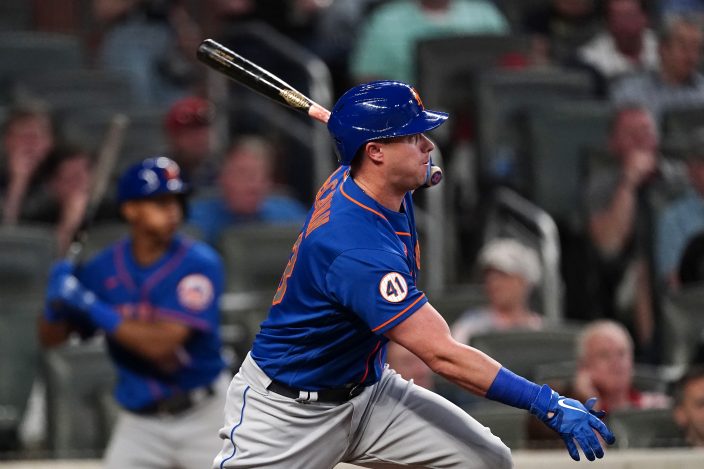 New York Mets' James McCann follows through on an RBI-double in the seventh inning of a baseball game against the Atlanta Braves, Monday, May 17, 2021, in Atlanta. (AP PhotoJohn Bazemore)

Mets: RHP Noah Syndergaard will make his first minor league rehab appearance Wednesday at Class A St. Lucie as he continues his recovery from Tommy John surgery. RHP Seth Lugo, recovering from surgery to remove a bone spur from his right elbow, will pitch at St. Lucie on Tuesday. Lugo was transferred to the 60-day IL. ... DeGrom threw from a mound and is expected to throw on the side Tuesday. ... 3B J.D. Davis (left hand sprain) will begin a rehab assignment with Triple-A Syracuse on Tuesday.

Braves: OF Ender Inciarte is away from the team on paternity leave and INF Johan Camargo was recalled from Triple-A Gwinnett. ... RHP Edgar Santana was recalled from Gwinnett. LHP Jesse Biddle, who had an 8.44 ERA in eight games, was designated for assignment.

Braves LHP Tucker Davidson will make his 2021 debut Tuesday night after being recalled from Triple-A Gwinnett on Monday. Davidson allowed seven runs, two earned, in only 1 2/3 innings against Boston in his only 2020 game in the majors. He was 2-0 with a 0.64 ERA in two games with Gwinnett this season. Davidson's start gives other starters, including Charlie Morton, an extra day of rest. Mets manager Luis Rojas said he would wait until after Monday night’s game to announce Tuesday’s starter.

Sajad Hassan sat at his professor' ...

Acuña's homer off Barnes in 9th lifts Braves over Mets, 5-4