Trout strained his right calf in the first inning. The three-time AL MVP was limping after running to third on an inning-ending popup.

Ohtani drove Sam Hentges' fastball into the seats in right-center during a five-run second to give the Angels a 6-1 lead. The Japanese superstar, who hit the go-ahead homer with two outs in the ninth inning Sunday at Boston, has gone deep in consecutive games twice this season. 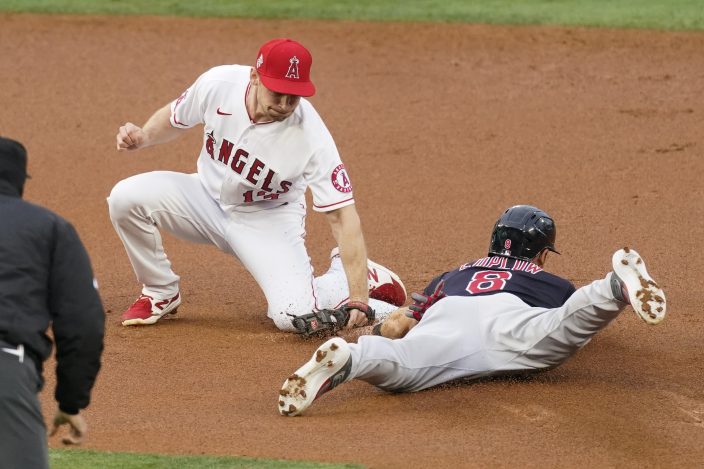 Juan Lagares put the Angels in front earlier in the inning with a two-run double.

Ohtani has six career homers in 12 games against the Indians. That is his second-most against a non-AL West opponent.

Anthony Rendon added three hits for the Angels, who got their 10-game homestand off to a strong start. Tony Watson (2-1), the second of seven Los Angeles pitchers, earned the win and Raisel Iglesias picked up his seventh save. 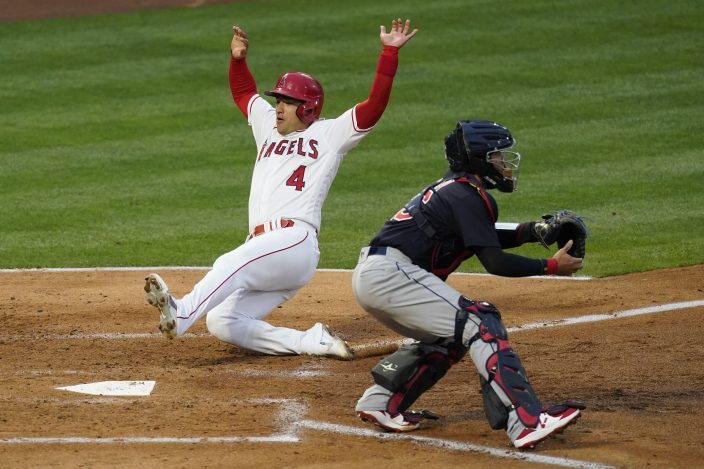 Los Angeles Angels shortstop Jose Iglesias (4) slides in to home plate to score off of a double hit by Juan Lagares during the second inning of a baseball game against the Cleveland Indians Monday, May 17, 2021, in Los Angeles. (AP PhotoAshley Landis)

Cesar Hernandez, Franmil Reyes and Harold Ramirez homered for Cleveland, which has dropped four straight. It was only the second time in 20 games that the Indians lost when scoring four or more runs. 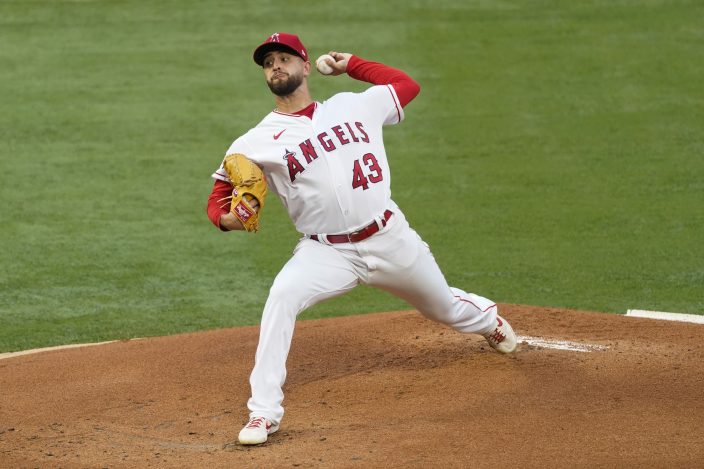 Patrick Sandoval was looking good for his first victory as a major league starter, but could not get through five innings.

The left-hander, making his first start of the year, threw 51 pitches in the first four innings before giving up back-to-back singles to open the fifth, which ended his night. Sandoval allowed two runs and six hits with a walk and two strikeouts.

Sandoval's 16-game starting streak without a win to begin his career is the longest to start off any Angels tenure. He has a 1-9 career mark, with his lone victory coming in relief at San Diego last season. Cleveland Indians' Cesar Hernandez (7) scores after hitting a home run during the first inning of a baseball game against the Los Angeles Angels Monday, May 17, 2021, in Los Angeles. (AP PhotoAshley Landis)

Jared Walsh had two hits and is batting .343, fourth in the American League. He had an RBI double in the seventh to extend Los Angeles' lead to 7-3.

Walsh is 14 for 38 with a home run and eight RBIs since he was named the everyday first baseman when Albert Pujols was cut on May 6. 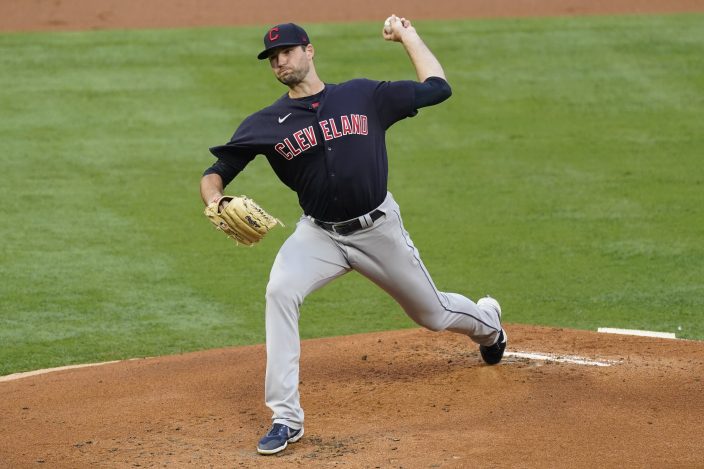 Hernandez belted his 14th career leadoff homer when he drove Sandoval's first pitch to left-center. It was the third time he went deep on the opening pitch of the game.

Both of Ramirez's homers have come on the Indians' current road trip.

Indians: OF Jordan Luplow sprained his left ankle while running out a grounder in the third inning and was removed from the game.

Angels: David Fletcher (groin) was held out of the lineup for the second straight day, but manager Joe Maddon doesn't think the second baseman will need to be moved to the injured list.

Cleveland right-hander Zach Plesac (3-3, 3.56 ERA) threw a four-hitter in his only matchup against the Angels in 2019. Los Angeles lefty Andrew Heaney (1-3, 4.75) has allowed only two earned runs over 12 innings in his last two home starts.