The Tigers, who began the day 12 games under .500, have won six of eight. Seattle's three-game winning streak ended.

Mize (3-3) allowed just three hits and permitted only two runners past first base in a career-high 7 2/3 innings. It was his second straight win and fourth consecutive quality start. 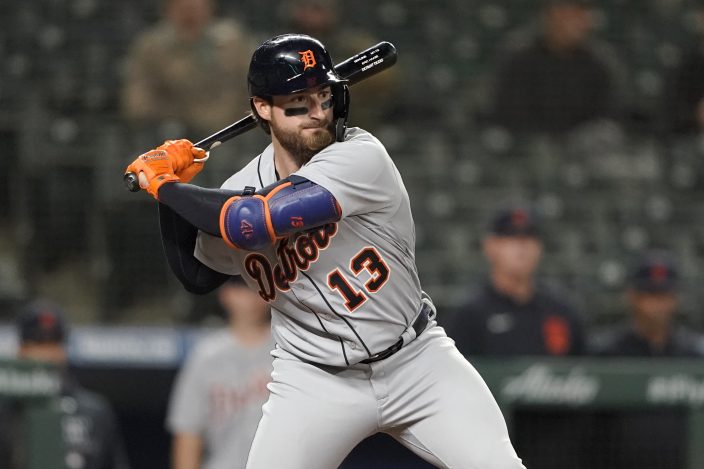 Detroit Tigers' Eric Haase begins his swing on a solo home run during the ninth inning of a baseball game against the Seattle Mariners, Monday, May 17, 2021, in Seattle. (AP PhotoTed S. Warren)

Mize, the 24-year-old centerpiece of Detroit’s rebuild and the overall No. 1 pick in the 2018, struck out seven — that matched his career high, set in his debut last year.

After getting double plays from the defensively suspect Tigers to end the first and second innings, the right-hander retired 15 of 17 batters before Tom Murphy homered to lead off the eighth.

Michael Fulmer earned the save, his third. 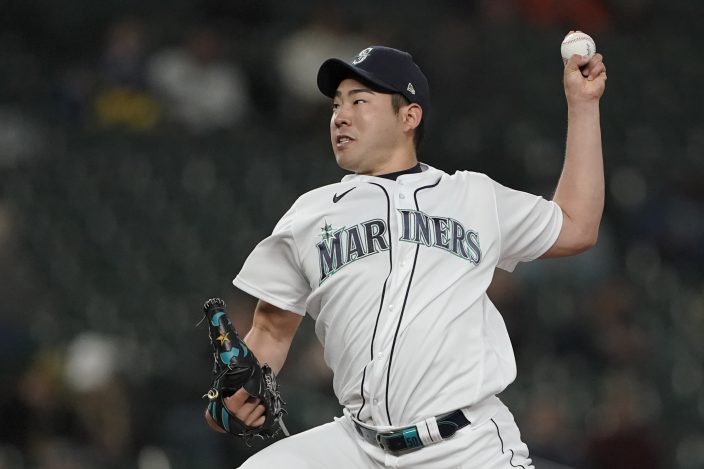 Seattle starter Yusei Kikuchi (1-3) struggled early, needing 50 pitches to get out of the second inning. He walked two to load the bases in the first before getting out of the inning with a strikeout.

Haase hit a leadoff homer in the second. And after Kikuchi walked Robbie Grossman with two outs, Jonathan Schoop also homered to make it 3-0.

Haase hit another solo homer in the ninth off reliever Brady Lail for a 4-1 lead. It was his first multihomer game. 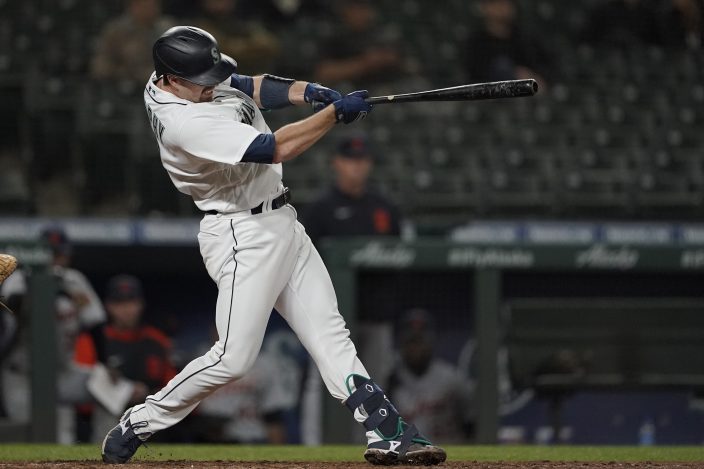 Seattle Mariners' Tom Murphy hits a solo home run during the eighth inning of a baseball game against the Detroit Tigers, Monday, May 17, 2021, in Seattle. (AP PhotoTed S. Warren)

Seattle lefty Marco Gonzales had a short session throwing off a mound for the first time on Monday as he continues to recover from a forearm strain. Gonzales said he made about 15 tosses with the goal to build up to a 25- to 30-pitch bullpen session toward the end of the week.

Gonzales has been on the injured list since April 29. He’s not putting a timetable on a potential return, knowing it’ll take several weeks to build up his arm strength after being limited in his throwing. 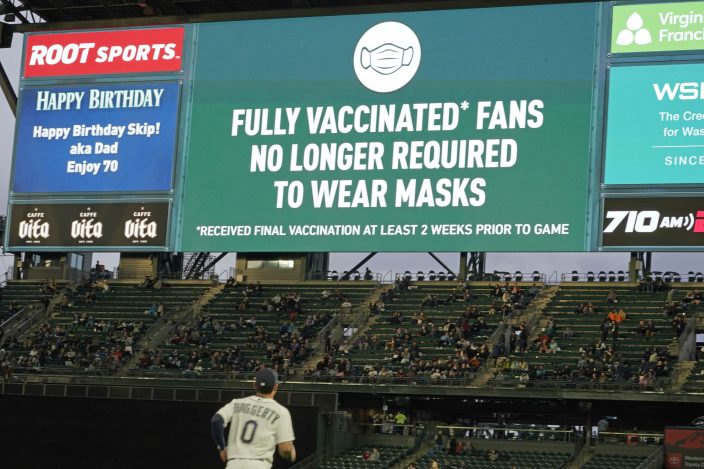 Fans sit in a special section for people who are fully vaccinated against COVID-19, at T-Mobile Park during a baseball game between the Seattle Mariners and the Detroit Tigers, Monday, May 17, 2021, in Seattle. Monday was the first day that fans fully vaccinated against COVID-19 were not required to wear masks at the ballpark, as shown on the video display. (AP PhotoTed S. Warren)

Gonzales did have a special throwing partner when Seattle was out on its road trip. Ichiro Suzuki came down to T-Mobile Park to throw with Gonzales one day.

“That was so special. He came in and threw with everybody that needed to throw here and rehab, and hung around, was flipping in the cage with (Jake) Fraley and working out,” Gonzales said. “I mean, the dude is unreal.” 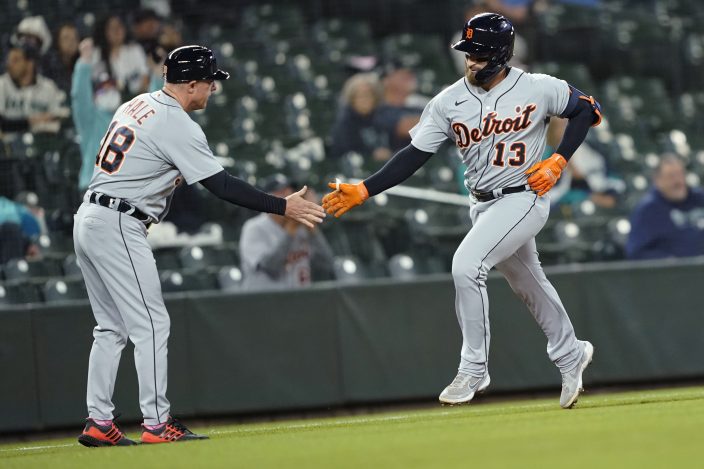 Detroit Tigers' Eric Haase (13) is greeted by third base coach Chip Hale after Haase hit a solo home run during the second inning of a baseball game against the Seattle Mariners, Monday, May 17, 2021, in Seattle. (AP PhotoTed S. Warren)

Tigers: C/DH Wilson Ramos (lower back strain) returned to the lineup from the 10-day injured list, giving Detroit three catchers on the roster. All were in the lineup with Ramos at designated hitter, Haase in left field and Jake Rogers behind the plate. The Tigers optioned RHP Alex Lange to Triple-A Toledo to make room.

Mariners: Seattle selected right-hander Brady Lail from Triple-A Tacoma to give needed depth to its overused bullpen. After a couple of bullpen days due to injuries in the starting rotation, the Mariners were left extremely thin and needed Lail to be available. “We’re still only six, seven weeks into the season. You’d be very cautious running a player three days in a row, four out of five things like that are things we would like to stay away from,” Seattle manager Scott Servais said. Seattle optioned infielder Jack Mayfield to Tacoma and designated for assignment right-hander Domingo Tapia to clear a spot on the 40-man roster. 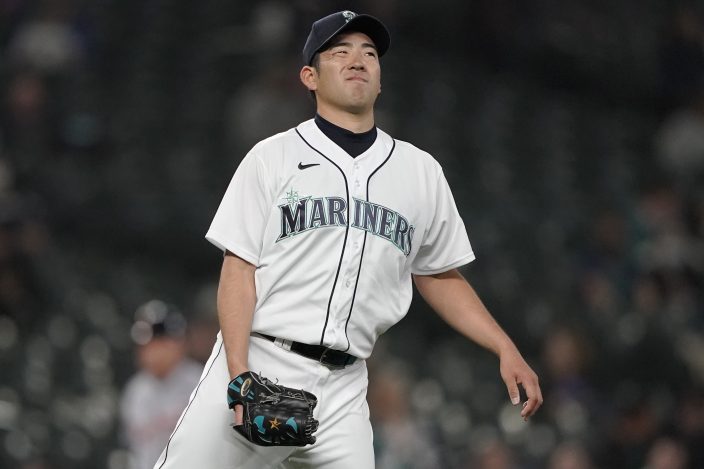 Seattle Mariners starting pitcher Yusei Kikuchi reacts on the mound during the first inning of a baseball game against the Detroit Tigers, Monday, May 17, 2021, in Seattle. The Tigers won 4-1. (AP PhotoTed S. Warren)