If Richard Moore is executed, he will have some say in how he goes — the electric chair or the firing squad.

Moore is one of three prisoners on South Carolina's death row who have run out of appeals in the past six months and could be among the first to face the grim choice under a new state law. But his supporters — including the state's former prisons chief — say he deserves better.

The state Supreme Court set and then stayed the prisoners' executions after the Corrections Department said it didn’t have the drugs needed to carry out lethal injections. Now, Gov. Henry McMaster has signed a law requiring the condemned to choose to die by gunshot or electrocution if lethal injection drugs aren’t available. 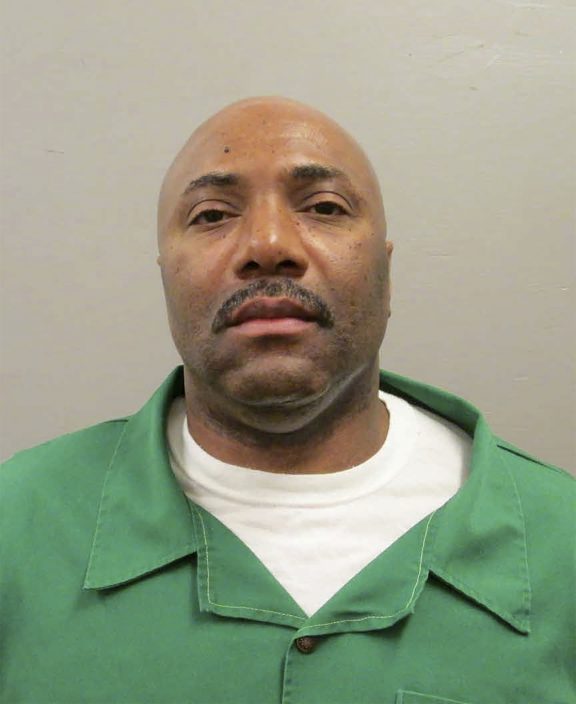 This undated photo provided by the South Carolina Department of Corrections shows Richard Moore, who was sentenced to death in the 1999 fatal shooting of James Mahoney, a convenience store clerk in Spartanburg County, S.C. Moore is one of three death row prisoners in South Carolina who have run out of appeals in the past year, leaving the state Supreme Court to set and then stay their executions after the corrections department said it didn’t have the drugs needed to carry out deaths by lethal injection. (Carolina Department of Corrections via AP)

South Carolina once had one of the nation’s most prolific death chambers, but a shortage of the drugs has caused a decadelong lull in executions. The state is one of only nine to still use the electric chair and the fourth to allow a firing squad.

Moore, 56, has lived on death row for two decades after being convicted in 2001 for the fatal shooting of convenience store clerk James Mahoney. The Spartanburg man hasn't made a choice, said his attorney Lindsey Vann, because he is focused on a current petition to the state Supreme Court.

As his lawyers continue to mount court challenges, they're also preparing a case for clemency. Among his supporters is the former director of South Carolina's Department of Corrections, Jon Ozmint, who asserts Moore is a reformed man who deserves life without parole instead of death. 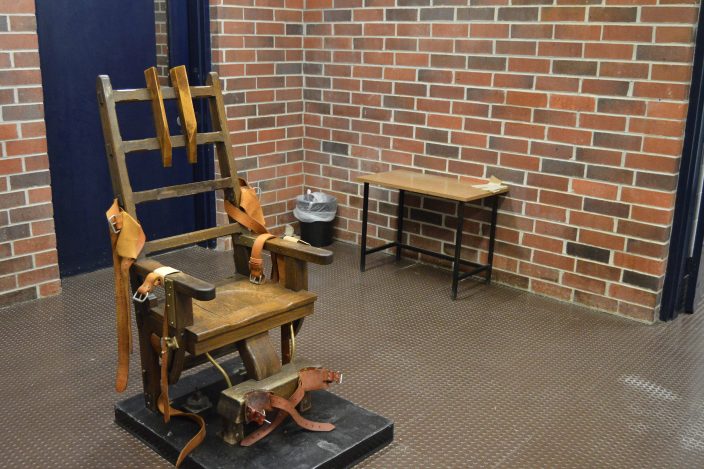 “Circumstances took place inside the store that certainly made him guilty of killing another man, but in most counties in this state, I doubt you could even find a jury to recommend the death penalty on those facts,” said Ozmint, a self-described supporter of the death penalty who helmed the department between 2003 and 2012 — one of the death chamber’s busier periods.

Moore's lawyers argued in front of the state Supreme Court this month that Moore’s crime simply doesn’t rise to the level of heinousness in other death penalty cases.

Inmates most recently executed in the state include a man who strangled his cellmate while serving time for a double murder and a man who secretly took out life insurance policies on his wife and son before killing them and burning their bodies.

No one contests that Moore killed Mahoney, who was working at Nikki’s Speedy Mart in Spartanburg County on Sept. 16, 1999. During the 2001 trial, prosecutors said Moore entered the store looking for money to support his cocaine habit and got into a dispute with Mahoney, who drew a pistol that Moore wrestled away from him.

Mahoney pulled a second gun, and a gunfight ensued. Mahoney shot Moore in the arm, and Moore shot Mahoney in the chest. Prosecutors said Moore left a trail of blood through the store as he looked for cash, stepping twice over Mahoney.

At the time, Moore claimed that he acted in self-defense after Mahoney drew the first gun. His appeals lawyers have said that because Moore didn't bring a gun into store, he couldn't have intended to kill someone when he walked in.

Lawyers for the attorney general's office argued this month that Moore was trying to turn the court's attention away from “the damning evidence presented against him” and toward “generalities, innuendo and speculation."

Mahoney’s relatives haven’t spoken publicly on the case in recent years. At the sentencing, family members described the 42-year-old clerk as a beloved uncle and friend who loved NASCAR and dutifully worked the third shift at the store, according to The Spartanburg Herald-Journal.

Moore, who is Black, is the last person to enter death row with a trial where the state struck all potential African American jurors, according to Justice 360, the nonprofit that represents Moore and many others on South Carolina's death row.

During Moore's trial, the jury learned of his rap sheet, ranging from weapons charges to burglary and assault convictions. But in prison, Moore has grown into a man remorseful for his crimes who's built up relationships with his family and his Christian faith, supporters say. In his two decades on death row, he has received just two minor infractions.

“His life in the Department of Corrections has been exemplary. He’s a giver, not a taker," Ozmint said.

Even with the new law, Moore’s fate remains a waiting game for all involved.

“There’s never anything definite, and it leaves your mind wondering: When’s the last time I’m going to talk to him? When’s the next time I can see him, because of the pandemic? Is this going to go in his favor or not?" said Moore's daughter, Alexandria Moore. “It definitely makes you get stuck in your own head, thinking about the hypotheticals.”

Retired state Rep. Gary Clary, who as a state judge presided over Moore's case, says it's inevitable that lawsuits will follow the bill's signing. On the House floor, he argued against similar legislation, noting it would continue costing the state more money in court.

“When a jury convicted Richard Bernard Moore, I think I set his execution ... 90 days later. We all knew when those arbitrary dates were established, it wasn’t going to happen anytime soon," Clary said. "And here we are, 20 years later.”

Liu is a corps member for the Associated Press/Report for America Statehouse News Initiative. Report for America is a nonprofit national service program that places journalists in local newsrooms to report on undercovered issues.