European Union foreign ministers are meeting Tuesday to discuss how to use the 27-nation bloc’s political clout to help diplomatic efforts to end the fighting between the Israeli armed forces and Palestinian militants.

The EU has been united in its calls for a ceasefire and the need for a political solution to end the latest conflict – now in its second week – but the nations are divided over how best to help. No firm decisions involving threats of sanctions or other measures are likely from the ministers’ videoconference. 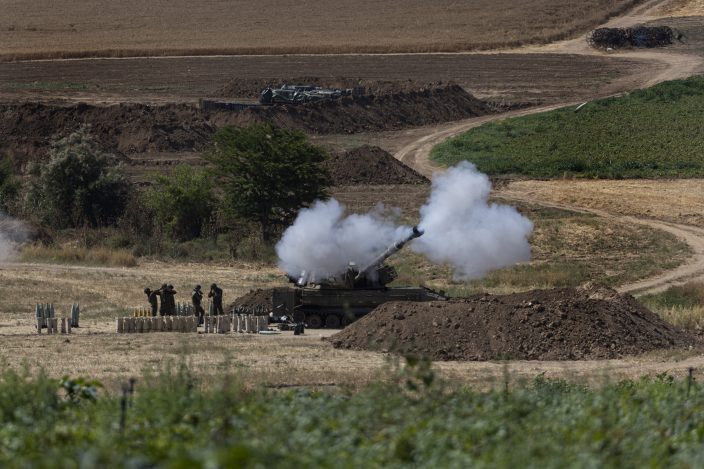 An Israeli artillery unit fires toward targets in Gaza Strip, at the Israeli Gaza border, Tuesday, May 18, 2021. (AP PhotoTsafrir Abayov)

Israel carried out a wave of airstrikes on what it said were militant targets in Gaza, leveling a six-story building in downtown Gaza City, and Palestinian militants fired dozens of rockets into Israel early Tuesday, the latest in the fourth war between the two sides.

The EU is the biggest donor of aid to the Palestinians but holds little influence over the militant group Hamas or the state of Israel, despite having some trade arrangements that are favorable to the Israelis.

European Commission spokesman Peter Stano said Tuesday’s meeting is aimed at working out “how best the EU can contribute to defusing the tensions, stop the escalation and stop the ongoing violence.”

Activists: Vatican is 'meddling' in Italy ...

The Vatican has formally opposed a ...